The Israeli Occupation Forces (IOF) launched at dawn Monday a large-scale raid and arrest campaign throughout the West Bank, which led to the outbreak of violent clashes.

Local sources told the PIC reporter that nearly 200 Israeli soldiers stormed the town after closing all its entrances by military checkpoints. Dozens of homes were stormed and violently searched during the raid, the sources pointed out.

In Jenin, Israeli forces detained overnight and at dawn today three Palestinians after breaking into Yamon town. A state of tension prevailed among the locals after Israeli forces stormed and searched several homes.

Following the raid, violent clashes broke out in the refugee camp and lasted for long hours. At least one of the inhabitants was arrested during the clashes.

In the same context, the Palestinian Prisoners Society (PPS) reported that Israeli forces arrested 52 Palestinians over the past 24 hours throughout the occupied West Bank and Jerusalem.

The rights group said that 39 arrests were reported in occupied Jerusalem, while seven detainees were rounded up in Qalqilia. Two arrests were also reported in Jenin, while a young woman was detained in Tulkarem.
Limited Israeli incursion into central Gaza Strip

The bulldozers raked through the area and leveled Palestinian lands amid intensive flying of Israeli drones.

The incursion is the latest in a series of Israeli violations of the Cairo-brokered ceasefire accord signed in the wake of the 2014 offensive on the besieged coastal enclave.
Three Jerusalemite students arrested

Following the raid, violent clashes broke out between Israeli forces and Palestinian residents who gathered near the school. No injuries were reported among the students, the sources added.

According to the sources, Israeli forces stormed the school after the students organized a solidarity event in support of Palestinian prisoners and martyrs.

However, Israeli forces claimed that an Israeli military vehicle was stoned near the school. Three students were detained just few minutes after leaving the school.
Palestinian worker injured by Israeli bullet fire in Bethlehem

A Palestinian worker was shot and injured by the Israeli occupation forces (IOF) in eastern Bethlehem province on Monday morning on his way to his workplace in Occupied Jerusalem.

A PIC news correspondent quoted sources at the Palestinian Red Crescent as stating that they received a call to rescue a Palestinian citizen who was left injured near Dar Salah village, to the east of Bethlehem.

A Red Crescent ambulance rushed to the scene where the worker was left bleeding on the ground.

The injured Palestinian was rushed to the Beit Jala public hospital so as to be urgently treated for the live bullet wounds he sustained in his knee.

The Palestinian worker was shot by the occupation army as he attempted to cross the barbed wire fence in eastern Bethlehem province to reach his workplace in Occupied Jerusalem.
Hundreds of Israeli fanatics storm Joseph Tomb

A PIC news correspondent said Israeli army patrols and settlers flocked to the Beit Furik checkpoint, to the east of Nablus, at the same time as over 12 military jeeps rolled into the area to protect the settlers.

Violent clashes burst out in al-Hasaba Street and near the Balata refugee camp, where the Israeli occupation patrols attacked the Palestinian protesters with spates of bullet fire and teargas canisters.

The IOF cordoned off the vicinity of Joseph’s Tomb and denied Palestinian civilians access out of and into the Amman Street. 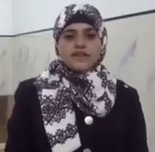 Israeli soldiers, and police officers, invaded on Monday at dawn, the ar-Ram town, north of occupied East Jerusalem, and broke into the home of Misbah Abu Sbeih, who was killed Sunday after carrying out a deadly shooting attack in Jerusalem, and detained his daughter, Eman, only 14 years of age. The invasion into the property was the second in a few hours.

The family said the soldiers violently searched the property, before taking Eman to the al-Maskobiyya detention and interrogation center.

The invasion led to clashes between the soldiers and dozens of local youngsters, who hurled stones on the military vehicles, while the soldiers fired gas bombs and concussion grenades.

Eman was taken prisoner after publishing a personal video on her Facebook page in which she said “she was proud of her father, who died a martyr.”

She said that she prayed with her father, on Sunday at dawn, before he left home in order to serve a four-month prison sentence, for “trying to prevent soldiers and settlers from invading the courtyards of the al-Aqsa Mosque.”

The daughter added that she and her family said goodbye to him at dawn, believing he was going to prison for four months. He was killed after fatally shooting an Israeli officer and a woman.

She also stated that she asked her father whether she should visit him while in prison, but he said that she, her sister and brothers, should take care of their studies, and do well I school.

“We are proud of our father; I always prayed with him, including on Sunday at dawn in our home,” she said, “He also said goodbye to my sister, and asked my brothers and me to study well, and to do good, while he serves his prisoner sentence…”

“He was imprisoned many times, sometimes for eight months, a year or two, so it became an ordinary part of our lives” she added, “He carried out a shooting operation, killing two Zionists and wounded eight, thank God…”

It is worth mentioning that the soldiers invaded the family home and took measurements of the property in preparation for demolishing it.

The soldiers also invaded and searched many homes belong to relatives of Abu Sbeih.

On Sunday evening, undercover soldiers of the Israeli army invaded the at-Tour town, in Jerusalem, and clashed with local youngsters, before firing gas bombs, causing scores of residents to suffer the effects of teargas inhalation.
Army Kidnaps One Palestinian, Injures Many Others, Including A Child, In Tulkarem

Israeli soldiers invaded, on Monday at dawn, Tulkarem city, and Tulkarem refugee camp, in the northern part of the occupied West Bank, kidnapped one Palestinian and injured several others, including a child.

Local sources said the soldiers invaded several alleys in Tulkarem refugee camp, and Thiab neighborhood in the city, and clashed with dozens of youngsters who hurled stones and empty bottles on the military vehicles.

Medics provided the needed treatment to the wounded Palestinians, and moved a child to hospital after she became unable to breathe on her own.

Several Palestinians were left injured at dawn on Sunday in violent clashes with the Israeli occupation forces (IOF) in Jenin province.

A PIC news correspondent said several Israeli army troops rolled into Jenin’s western town of Zabouba and sealed off its main access road with a military checkpoint before they wreaked havoc on civilian homes and cracked down on the anti-occupation protesters.

Several Palestinians both indoors and outdoors, choked on teargas.

The IOF kidnapped the ex-prisoner Saleh Najeh Kmeil after they ravaged his family home in Qabatiya town, to the south. A series of break-ins was launched by the IOF on Palestinian civilian homes in Qabatiya.

Israeli army jeeps raked through the Nazareth Street and set up random ambushes.

At the same time, over 15 Israeli military jeeps and dozens of soldiers cordoned off Tulkarem’s Utail town and targeted the Palestinian protesters with barrages of bullet fire and stun grenades.

The IOF reportedly rummaged into civilian homes and attacked the native residents, many among whom were later summoned to questioning.
Israeli forces invade home of alleged gunman, clash with stone-throwing Palestinian youth

On Sunday afternoon, a squadron of Israeli soldiers invaded the village of al-Ram, east of Jerusalem, to raid the home of 39-year old Misbah Abu Sbeih, who was killed Sunday morning after allegedly shooting an Israeli officer and civilian. The soldiers clashed with local youth, injuring seven teens and young adults.

The soldiers entered Abu Sbeih’s home and interrogated all of his family members, then ransacked the home while searching it.

His three children were abducted by the soldiers and taken to an interrogation center.

While the soldiers were invading the home, a number of local youth gathered outside and shouted at the soldiers to end the occupation. Some of the youth threw stones, and the Israeli soldiers fired rubber-coated steel bullets toward the crowd.

Seven young men and boys were injured by the rubber-coated steel bullets, and the Israeli military reported that two soldiers, one male and one female, were injured by stones thrown by the youth.

A local news agency, Ma’an, reported that Misbah Abu Sbeih had told their reporters on Saturday that he planned to turn himself in to Israeli authorities on Sunday for charges of assaulting an Israeli officer at the Al-Aqsa mosque in 2013.
8 oct 2016
55 injuries reported as Israeli police break into university

Meanwhile, Israeli police and border guards were deployed in large numbers throughout Jerusalem’s Old City. Several Palestinians were stopped and searched during the raid, some of them were shortly detained.
Israeli Soldiers Invade Deheishe Refugee Camp, In Bethlehem

Dozens of Israeli soldiers invaded, on Saturday morning, the Deheishe refugee camp, south of Bethlehem, and clashed with many youngsters who hurled stones on the army vehicles.

Eyewitnesses said the soldiers invaded the camp through the main Jerusalem-Hebron road, and that many youngsters hurled stones and empty bottles on the military vehicles, near the main entrance of the refugee camp.

The soldiers fired many live rounds, rubber-coated steel bullets, concussion grenades and gas bombs. There have been no reports of injuries at the time of this report.

In addition, the soldiers stormed and searched many homes, and tried to break into a number of stores.

The army withdrew from the camp without conducting any arrests.
Army Attacks The Weekly Procession In Kufur Qaddoum 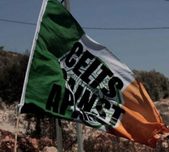 Dozens of Palestinians, accompanied by international peace activists, held the weekly protest, Friday, in Kufur Qaddoum town, in the northern West Bank district of Qalqilia, demanding access to their own lands, and the reopening of the town’s main road that the army closed 14 years ago.

Morad Eshteiwy, the media coordinator of the Popular Committee in Kufur Qaddoum, said the weekly procession started after Friday prayers at the town’s mosque, where dozens of locals, and many international peace activists, marched while chanting against the ongoing Israeli occupation, and Israel’s apartheid policies.

He added that the soldiers were stationed on the mountain that overlooks the town, and started firing concussion grenades and gas bombs, while many youngsters closed roads and burnt car tires.

The soldiers did not invade the town this week, and there have been no reports of abductions or injuries.
Israeli Soldiers Injure Three Palestinians In Gaza

Israeli soldiers shot and injured, Friday, at least three young Palestinian men, while many suffered the effects of teargas inhalation, after the army attacked protesters close to border areas, in the eastern part of the Gaza Strip, and in central Gaza.

The WAFA Palestinian News Agency has reported that the soldiers, stationed at the Nahal Oz military base across the border fence, fired live rounds at the protesters wounded three in their lower extremities.

Palestinian medics moved the wounded persons to nearby hospitals, and provided the needed treatment to many persons who suffered the severe effects of teargas inhalation.