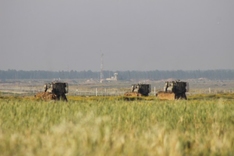 A number of armored Israeli military vehicles invaded, on Wednesday morning, Palestinian agricultural lands, east of Rafah city, in the southern part of the Gaza Strip.

They added that the vehicles came from the Sofa military base, advanced approximately 50 meters, and bulldozed lands close to the border fence.

The invasion is part of frequent Israeli violations against the Palestinians and their lands in the besieged coastal region.
Palestinian Hospitalized After Israeli Soldiers Assaulted Him Near Jenin

A number of Israeli soldiers attacked, on Tuesday at night a Palestinian man after stopping him at a military roadblock, north of the northern West Bank city of Jenin, causing various cuts and bruises that required hospitalization.

Eyewitnesses said the soldiers confiscated the ID card of Suleiman Mahmoud Sa’adi, from Jenin city, and continuously struck, beat and kick him, before he was moved to a hospital for treatment.

They added that the soldiers installed a sudden roadblock, before stopping and searching dozens of Palestinians, and interrogated many Palestinians while inspecting the ID cards.

The soldiers also fired several concussion grenades at the Palestinians in order to force them to leave the area.
13 sept 2016
Israeli jets target cannons in Syria’s Golan Heights

Israel carried out the violation of Syrian airspace late on Tuesday, claiming that the attack was launched in response to three mortar shells launched from Syria and landed in the Israeli occupied territories.

There are no immediate reports of casualties or damage yet. It is the sixth such attack in just over a week.

Earlier, Syria denounced the Israeli regime’s Monday airstrike on the southwestern Quneitra province, situated in the Golan Heights, calling on the United Nations to take measures against the Tel Aviv regime over its support for terrorists operating inside the Arab country.

Syria says Israel and its Western and regional allies are aiding Takfiri militant groups operating inside the Arab country. Moreover, the Syrian army has repeatedly seized huge quantities of Israeli-made weapons and advanced military equipment from the foreign-backed militants inside Syria.

Israel seized the Golan Heights from Syria after the 1967 Six-Day War and later occupied it in a move that has never been recognized by the international community.

The regime has built tens of illegal settlements in the area ever since and has used the region to carry out a number of military operations against the Syrian government.
Syria shoots at, misses Israeli warplane

Despite allegations made by the Syrian army that it has shot down an Israeli army plane, the IDF refutes the claim, saying that the Syrian missiles missed its targets.

The Syrian army issued a statement Tuesdy, saying that it has shot two surface-to-air missiles at an Israeli warplane and drone—managing to strike down the plane—following the IDF's shooting into Syria southwest of the city of quneitra. The IDF responded by clartifying that Syria did not, in fact, shoot down an Israeli plane, but that it had missed its targets.

Golan Regional Council Head Eli Malka commented on the incident, saying, "There is no difference between a spillover and an intentional shooting. The bomb is the same bomb and brings about the same life-threatening situation. It is the responsibility of the defense minister, the prime minister and the IDF to convey a clear message to everyone on the other side of the border that any mortar or shell that falls in the Golan will constitute an intentional attack against Israel, and that the IDF will carry out a powerful response intent on destroying the source of the attack and harming any force they might belong to."

The Syrian army says it has shot down an Israeli warplane and a drone inside Syria following an Israeli attack on Syrian army positions in the south, state media report.

Syria’s official SANA news cited the Syrian military as saying that the intruding aircraft had been detected and targeted by the country’s air defense system while they were striking Syrian military positions. The warplane, it said, was downed in western Quneitra and the drone in an area called Sa’sa’ and located on the Damascus Reef.

Soon after the report, the Israeli military denied that any of its aircraft had been shot down in Syria, claiming that two missiles were fired at them during the airstrike on Quneitra but missed.

Israeli fighter jets had attacked two Syrian army cannons in the Golan Heights, where Quneitra is located, early on Tuesday morning. It was the fifth such attack in just over a week.

Israel seized parts of the Golan Heights from Syria after the 1967 Six-Day War and later annexed it in a move that has never been recognized by the international community.
Army Injures Four Palestinians Near Nablus 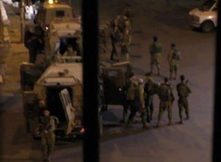 Media sources in Nablus said the soldiers invaded Qosra village, and clashed with many local youngsters who hurled stones and empty bottles on the military vehicles.

The soldiers fired many live rounds, wounding three Palestinians, while a fourth was shot with a rubber-coated metal bullet, before Palestinian medics rushed them to hospital suffering moderate wounds.

The soldiers also invaded several neighborhoods in the village, and withdrew later.
12 sept 2016
Two Palestinians Seriously Injured After Being Crushed By an Israeli Vehicle In Hebron

Palestinian medical sources have reported that two young man suffered serious wounds, on Monday evening, after being crushed by an Israeli military vehicle in the al-Fahs area, south of Hebron, in the southern part of the occupied West Bank.

Zeidan Abu Daoud, who witnessed the attack, said the military vehicles deliberately rammed his nephews Ahmad Ziad Abu Daoud, 17, and Eyad Naim Abu Daoud, 19, causing life-threatening injuries, and before the vehicles rushed away from the area.

He added that an Israeli army jeep arrived at the scene shortly after the incident, and called for an Israeli ambulance.

Israeli medics provided first aid to the wounded Palestinians, before two Red Crescent ambulances reached the area and moved the two to the al-Ahli hospital, in Hebron.

“We hold the army fully responsible for their lives,” the uncle stated, “The driver rammed my two nephews and drove away leaving them in that critical condition.”
3-year-old girl among several Palestinians injured in Israeli assaults on 1st day of Eid

Several Palestinians, including a three-year-old girl, were left injured on Monday afternoon in Israeli assaults on the occupied West Bank provinces of Bethlehem and Nablus.

An Israeli army patrol discharged heavy barrages of teargas canisters, resulting in injuries and sparking panic across the area. The Israeli soldiers detained Muhammad Ali Salah for a couple of hours and seized his personal car before they ordered him to pay 1,700 shekels on allegations of holding an illegal car.

Violent clashes also rocked Tekoua’ town in the evening and spread to the area’s western entrance, where the IOF attacked Palestinian civilians and family homes with rubber bullets and teargas canisters.

Eyewitnesses said a military ambulance showed up at the scene to evacuate the casualties. Meanwhile, several Palestinians sustained injuries in Qasra town, in southern Nablus province, following clashes with the IOF.

Reporting from the scene, a PIC journalist said clashes burst out after Israeli settlers targeted Palestinian homes and citizens with gunfire.

Youngster Ibrahim Wadi sustained rubber-injuries in his face while Sanyour Saada was wounded with a live bullet in his back. Several youngsters were rushed to local hospitals to be urgently treated for the live bullet injuries and breathing disorders they sustained in the assault.

The occupation troops who suddenly showed up at the scene provided the settlers with a tight security shield before they attacked the Palestinian protesters with live rounds and teargas canisters. Activists called on the Palestinian locals via the mosque loudspeakers to stand firm against the Israeli attacks.
Children among 8 family members injured in Israeli assault

Eight members of the same family were injured in Silwan town, in Occupied Jerusalem, and two others were kidnapped by the Israeli occupation forces (IOF) Monday afternoon following an assault on Palestinian family homes.

Eight family members, including a woman and children, sustained bruises and face burns as a result of heavy pepper spray.

The assault culminated in the abduction of 16-year-old Ali Seyam and 20-year-old Yazen Seyam from the area.
Israeli Soldiers Invade Agricultural Lands In Northern Gaza 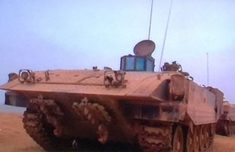 Several armored Israeli military vehicles and bulldozers invaded, on Monday morning, Palestinian agricultural lands, north of Beit Lahia, in the northern part of the Gaza Strip, bulldozed some of them and installed sand hills, in addition to firing live rounds.

The soldiers advanced more than 150 meters into the Palestinian lands amidst sporadic gunfire, and started bulldozing some of them close to the border fence, and installed sand hills.

WAFA added that military drones flew overhead while the soldiers invaded the lands and bulldozed them.

The invasion is part of daily violations against the Palestinians, their homes and lands, in different parts of the besieged and improvised coastal region, and are frequently accompanied by assaults targeting Gaza fishers and their boats.
11 sept 2016
Israeli Forces Open Fire Toward Palestinian Homes along Gaza Border

Israeli armed forces, on Sunday, opened heavy machine gunfire toward Palestinian homes along the borderline area to the east of Khan Younis, in the southern Gaza Strip, said sources.

Israeli forces stationed at military watchtowers along the borders with Israel opened indiscriminate fire at Palestinian homes to the east of the town of Khaza’a. However, no injuries were reported, according to WAFA correspondence.

Israeli army and navy forces routinely open fire at Palestinian fishermen and farmlands along the Gaza border, in a blatant violation of a ceasefire deal reached between Israel and the Palestinian factions in Gaza on August 26th 2014 following 51 days of bloody aggression on the Strip in the summer of 2014.

In its weekly report on Israeli human rights violations in the occupied Palestinian Territories, the Palestinian Center for Human Rights (PCHR) said the illegal closure, which has been steadily tightened since June 2007 has had a disastrous impact on the humanitarian and economic situation in the Gaza Strip.

For nine consecutive years, Israel has tightened the land and naval closure to isolate the Gaza Strip from the West Bank, including occupied Jerusalem, and other countries around the world,” said PCHR.

“This resulted in grave violations of the economic, social and cultural rights and a deterioration of living conditions for 1.8 million people,” it added.
Clashes as IOF rolls into Tulkarem refugee camp

According to local sources, clashes burst out shortly after the occupation troops stormed the Nour Shams refugee camp and wreaked havoc on civilian homes.

The IOF soldiers reportedly cracked down on several Palestinian protesters and seized a civilian vehicle in al-Nasr neighborhood.

The occupation troops raked through residential quarters and set up ambushes for hours.