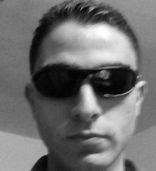 Israeli soldiers shot and killed, on Saturday morning, a young Palestinian man at the entrance of Tal Romeida neighborhood, in the center of Hebron city, in the southern part of the occupied West Bank.

Medical sources said the slain man has been identified as Hatem Abdul-Hafith Shalloudi, 25, from Hebron.

After killing the young man, the soldiers placed his body in a black plastic bag and took it to an unknown destination.

The soldiers later surrounded the home of Shalloudi before invading it, and interrogated his family, especially his father.

A Palestinian young man succumbed to his injuries on Saturday morning after Israeli soldiers opened fire at him in Tel Rumeida neighborhood in al-Khalil city.

The Israeli occupation army claimed the young man was shot at after he stabbed and injured one of its soldiers in the city.

Eyewitnesses said that the Israeli army cordoned off the area and prevented ambulance crews from providing medical help for the wounded young man, who bled to death.

The slain young man was identified as 25-year-old Hatem Shalloudi, according to the Palestinian health ministry.
Israeli Army Kills A Palestinian Child In Hebron 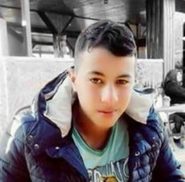 Israeli soldiers shot and killed, on Friday evening, a Palestinian child in Tal Romeida area, in the center of Hebron city, in the southern part of the occupied West Bank, after the soldiers claimed he stabbed an injured one soldier.

The child, identified as Mohammad Kayed Thalji Rajabi, 15, was shot and bled to death after the soldiers prevented Palestinian medics from approaching him, and declared the area as a closed military zone.

The Israeli army said one soldier suffered mild-to-moderate wounds, before other soldiers fatally shot the Palestinian.

After killing the child, the soldiers took his body to one of their nearby military bases, and later summoned his father to identify him.

A Palestinian minor was shot and killed by Israeli occupation forces after allegedly stabbing and lightly injuring an Israeli soldier near the Tel Rumeida area in al-Khalil Friday afternoon.

According to the PIC reporter, the Palestinian minor was shot near Tel Rumeida by Israeli forces and left bleeding on the ground for long hours.

Locals identified the minor as Mohamed al-Rughby, 15, from al-Khalil.

Israeli media sources claimed that al-Rughby stabbed and slightly injured an Israeli soldier before being shot by other Israeli soldiers near the area, resulting in his death.

He was the third Palestinian to be killed by Israeli forces in less than 24 hours, after a Jordanian national, of Palestinian origin, was also shot dead on Friday by Israeli police in occupied Jerusalem while another Palestinian was shot and killed at the entrance of the Kiryat Arba settlement after an alleged car ramming attack.
16 sept 2016
2 Palestinians killed by Israeli soldiers in al-Khalil, O. J’lem 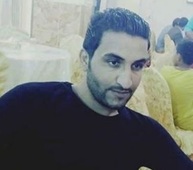 Yediot Ahranot Hebrew newspaper said that two “terrorists” attempted to carry out a vehicular attack with a pickup truck on Friday afternoon at the Elias Junction, outside the entrance of Kiryat Arba.

The “attackers”, driving a Mitsubishi pickup truck, were a man and a woman and were aiming for three persons standing by the bus stop, according to the Israeli claim.

The Israeli Army spokesperson reported that the “terrorists” were "neutralized" by Israeli forces and were critically wounded; the young man was later pronounced dead.

The two Palestinians have yet to be identified. 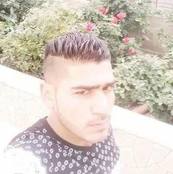 Israeli media reported that no Israelis were injured. The shooting came only an hour after Israeli police forces shot and killed a Jordanian youth in Occupied Jerusalem after an alleged stabbing attack at al-Amoud Gate in the Old City of occupied Jerusalem.

Israeli Maariv newspaper claimed that a Jordanian youth was shot dead by Israeli gunfire after he allegedly attempted a stabbing attack on an Israeli border policeman outside al-Amoud Gate.

Eyewitnesses affirmed that all entrances to the Old City were closed following the alleged attack. A number of worshipers were also attacked and beaten near al-Asbat Gate.

According to the PIC reporter, an unidentified young woman was stopped and searched at Bethlehem northern checkpoint before being arrested and taken to an unknown detention center. Eyewitnesses affirmed that the female detainee was holding a permit to enter the occupied city.
Israeli Soldiers Kill A Palestinian Man, After Shooting Him In His Home, Near Hebron 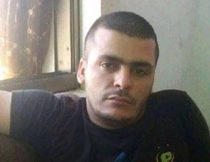 Israeli soldiers shot and killed, on Thursday evening, a Palestinian man from Beit Ola town, west of Hebron in the southern part of the occupied West Bank, during a scuffle that took place after the soldiers broke into his home. The man was injured before the soldiers kidnapped him and his father, and later announced his death.

The Palestinian District Coordination Office (DCO) said the soldiers broke into the family home Mohammad Ahmad Abdul-Fattah Saraheen, 30, leading to the scuffle inside the property.

The soldiers then shot and injured Mohammad, before cuffing him along with his father, Ahmad, and kidnapped them. The army later announced the young man’s death; the father is still held by the army.

The fatal shooting took place after a number of army vehicles invaded Beit Ola, and clashed with several youngsters who hurled stones and empty bottles on them, while the soldiers fired gas bombs, concussion grenades and rubber-coated steel bullets, and broke into homes.

In Bethlehem, the soldiers invaded Beit Sahour town, east of the city, and kidnapped a young man, identified as Ramzi Ahmad Khleif, 41.

In Jerusalem, the soldiers kidnapped a young man from a store in Hizma town, east of the city, and confiscated his car. The army claimed to receive information that the man ‘intended to carry out a stabbing attack.”

In a brief statement, the ministry said that it was informed about Mohamed’s death only ten hours after being shot and detained by Israeli soldiers.

Local sources told the PIC reporter that Israeli forces had earlier stormed the town amid heavy firing of tear gas bombs and rubber bullets and arrested Mohamed and his father and took them away despite Mohamed's wounds.

Locals raised questions over Mohamed’s mysterious death especially that it came only ten hours after his arrest, saying that he might be left bleeding to death or executed by Israeli soldiers. Mohamed’s father is still held by the Israelis amid unknown circumstances.
10 sept 2016
6-year-old girl crushed to death by Israeli settler 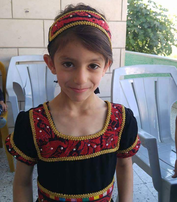 A Palestinian girl succumbed to her wounds on Saturday evening after she was hit by a car driven by an Israeli settler in Bethlehem’s southern town of al-Khader.

The Palestinian Health Ministry announced that six-year-old Lama Marwan Moussa was killed in a car-ramming attack by an Israeli settler in al-Khader town, in the southern occupied West Bank province of Bethlehem.

The casualty reportedly breathed her last in an Israeli hospital. Shortly afterwards, the Red Crescent said they received Lama’s body and transferred it to the Beit Jala public hospital pending the funeral procession on Sunday.

94 Palestinians, including minor boys and girls, have been killed in attacks by the Israeli occupation army and extremist settlers since the start of 2016.

The number of those killed since the start of the anti-occupation Jerusalem Intifada has gone up as high as 239.

Palestinian medical sources said that a child, six years of age, was killed on Saturday evening, after being rammed by a speeding Israeli colonist’s car in Um Rokba area, in the al-Khader town, south of the West Bank city of Bethlehem. She was identified as Lama Marwan Mousa.

Israeli medics were called to the scene, as the road is under Israeli control, and tried to revive the child, but she died from her wounds while being moved to a hospital.

Eyewitnesses said the child was struck by the car while trying to cross the road, right next to her family’s home.

Israeli sources said that the driver later turned himself in to the police, and claimed that what happened was just a traffic accident.

Following her death, the child’s body was turned over to Palestinian medics in the Nashash area, before being transferred to Beit Jala governmental hospital.

The Israeli army also said that a settler was injured, near al-Khader, when some Palestinian youngsters hurled stones at his car, after the child was killed.

Many Palestinians suffered the severe effects of tear gas inhalation, after the soldiers fired gas bombs at a number of homes in Um Rokba area, in al-Khader.
9 sept 2016
IOF shoots, kills Palestinian minor in Gaza 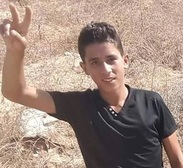 A 16-year-old Palestinian boy in Gaza was killed after being shot by Israeli forces directly in the head during protests east of al-Bureij refugee camp near the Gaza borders.

Ministry of Health spokesman Ashraf al-Qidra identified the victim as Abd al-Rahman al-Dabbagh and confirmed he had been shot in the head.

At least 28 Palestinians in Gaza have been killed by Israeli forces since the outbreak of Jerusalem Intifada last October. The majority of the slain Palestinians were shot dead during protests along the border fence.
5 sept 2016
Army Kills One Palestinian, Injures Another, In Shu’fat Refugee Camp

Israeli soldiers invaded, on Monday at dawn, the Shu’fat refugee camp, northeast of occupied East Jerusalem, killed one Palestinian and seriously wounded another, after firing many live rounds at their car.

The Israeli army presented two conflicting narratives on the event, one talking about armed confrontations between the soldiers and armed resistance fighters in the refugee camp, and another about an alleged attempted ramming attack, followed by a stabbing attempt, targeting the soldiers.

Palestinian medics rushed to the site, but the soldiers stopped them and prevented them from providing the needed aid to the Palestinians.

The Israeli army said one of its soldiers was injured, reportedly by Palestinian fire, during the invasion.

Local sources in Shu’fat said many local youths hurled stones at the invading army vehicles in the camp, while the army fired many live rounds, rubber-coated steel bullets and gas bombs.

It is worth mentioning that the soldiers also kidnapped the wounded Palestinian, and took him to an unknown destination.
26 aug 2016
Israeli Soldiers Kill A Palestinian Man In Silwad

Israeli soldiers shot and killed, on Friday, a Palestinian man in Silwad town, east of the central West Bank city of Ramallah, reportedly after he approached a military roadblock and “refused to heed to the soldiers’ demands to stop,” eyewitnesses confirmed he never posed any threat to the soldiers.

The Israeli army initially alleged that the Palestinian opened fire at a military post, near Ofra illegal colony, before the soldiers shot him, but later retracted its false allegation, and confirmed the man was unarmed.

The military said the main was unarmed, and that it initiated an investigation into his fatal shooting.

Eyewitnesses said the soldiers shot Eyad Zakariyya Hamed, 38, and prevented Red Crescent medics from even approaching him to provide him with the urgently needed aid.

The Palestinian died from his wounds before the soldiers placed him in a black bag, and took his corpse away.

The WAFA Palestinian News Agency said Hamed was with special needs, and was a married father of two children, identified as Zakariyya, 9, and Liyan, 2.

One of the soldiers claimed he suspected that Hamed was armed, but after killing him, it became clear the Palestinian was unarmed, and never posed a threat to the soldiers, or anybody else.

Eyewitnesses said Hamed did not carry a knife, or any sort of weapon, and was just walking near the western entrance of the town, on his way to a local mosque for noon prayers.

They added that the soldiers, stationed behind concrete blocks, sand hills and military towers, shot Hamed with two live rounds in the chest and the shoulders, and left him bleeding from 11:30 until 12:30.

Hours after shooting Hamed, the soldiers transferred Hamed’s body to his family, at the al-Jeeb roadblock, northwest of occupied Jerusalem.

On December 25th 2015, the soldiers shot and killed a mother of four children, identified as Mahdiyya Hammad, while driving back home after visiting with her brother and his family.