Pictures            Names of all 251 dead Intifada
9 oct 2016
One Palestinian Killed After Killing An Israeli Police Officer, And A Woman 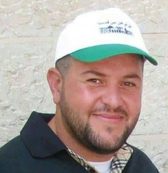 Israeli sources have reported, Sunday, that two Israelis were killed, and six others were wounded, in a drive-by shooting near the Light-Rail stop, close to the Police headquarters, in Jerusalem, and that the Palestinian, who carried out the shooting attack, was killed after a short pursuit.

Haaretz added that two of the wounded Israelis, a police officer, 30, and a 60-year-old woman, later succumbed to their wounds.

Two of the wounded Israelis, who were injured in the initial attack, suffered severe and moderate wounds, while a third also suffered a moderate wound shortly afterwards.

The shooter fled to Sheikh Jarrah, in Jerusalem, and shot two police officers, critically wounding one and moderately injuring the other, while three Israelis were hurt by “shrapnel and shock,” Haaretz said.

The Palestinian has been identified as Misbah Abu Sbeih, 39, from Silwan town, in Jerusalem. The names of the Israelis who were killed in the attack have not yet been released.

The Maan Palestinian News Agency said one of its reporters interviewed Abu Sbeih, Saturday, a day before he was supposed to turn himself in to the police to serve a four-month prison sentence, after he was convicted of “assaulting a police officer in Jerusalem’s Old City.” He was also denied from entering the Al-Aqsa Mosque, or its vicinity, for six months.

After killing him, the Israeli army stormed his home and kidnapped his three children, before taking them to an interrogation center.
1 oct 2016
Israeli troops shoot and kill 28-year old Palestinian at Qalandia checkpoint after alleged knife attack

A 28 year old Palestinian identified as Naseem Abu Mazer, from Kafr Aqab village, was shot and killed Friday night by Israeli troops at the Qalandia checkpoint between Jerusalem and Ramallah, after allegedly pulling a knife and stabbing an Israeli soldier.

Abu Mazer was left bleeding on the ground with no medical attention for an entire hour, from 10 pm to 11 pm, at which point he was pronounced dead.

The Israeli was allegedly stabbed in the neck and was moderately wounded. No further information is known about him at this time.

Following the death of Abu Mazer, clashes broke out between stone-throwing Palestinian youth and the heavily-armed Israeli soldiers and border police stationed at the Qalandia checkpoint.

The soldiers fired tear gas and chemical-laced wastewater at the youth. Ten teenagers and young men were wounded in the clashes, according to local sources.
25 sept 2016
Palestinian Detainee Dies From Stroke in Ramon Israeli Prison

The Palestinian Prisoners’ Center for Studies (PPCS) reported Sunday that a Palestinian detainee died from a stroke he suffered in the Ramon Israeli Prison, before he was moved to Soroka hospital.

The detainee suffered various serious health issues but was not provided with the needed treatment and follow-up, the Palestinian Prisoners Media Center said.

Riyad al-Ashqar, the media spokesperson of the Prisoners Media Center, said the detainee, Yasser Thiab Hamdouni, 40, has been suffering from respiratory issues and heart disease, in addition to other complications, including problems in his left ear after Israeli soldiers assaulted him in prison in 2003.

Al-Ashqar added that Hamdouni did not receive urgently needed specialized medical care, and was moved several times from his cell to the Ramla prison clinic, which lacks basic equipment and specialized physicians.

Several months ago, Hamdouni underwent a heart catheterization procedure due to a number of complications, before he was confined to solitary in a cell in Nafha Israeli prison, causing further health complications. While in the solitary cell, he did not receive any medical follow-up or treatment.

Al-Ashqar stated that Hamdouni was kidnapped by the Israeli army on June 19, 2003, and was sentenced to a life term for participating in armed attacks that led to the death of an Israeli soldier, when he was a member of the now disbanded Al-Aqsa Brigades, the armed wing of Fateh movement.

Hamdouni is a married father of two children, from Ya’bad town, in the northern West Bank district of Jenin, and has been imprisoned for fourteen years.
The death of Hamdouni brings the number of Palestinians who died or were killed by the soldiers in prison since 1967 to 208, including 55 who died from the lack of adequate and specialized medical treatment, while eight other died shortly after their release.

The Israeli army pushed more units into the prisons and completely sealed and isolated their various sections in an attempt to prevent the detainees from organizing their protests.

The head of the Palestinian Detainees Committee Issa Qaraqe’ held the Israeli government and especially the Prison Authority fully responsible for Hamdouni’s death, and demanded a credible international investigation into the events that led to his death.

Qaraqe’ added that Israel continues its crimes and violations against the Palestinian people, and especially the detainees, who are subjected to escalating violations.
20 sept 2016
Israeli Army Kills A Palestinian Child In Hebron 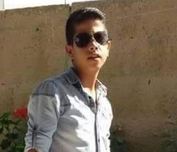 Israeli soldiers shot and killed, on Tuesday morning, a Palestinian child at the Wad Al-Jouz Junction, near Bani Neim town, east of Hebron, in the southern part of the occupied West Bank.

The soldiers prevented Palestinian medics from approaching the child, and he bled to death; the Israeli army claimed the child “attempted to stab a soldier.”

The Palestinian child has been identified as Issa Salem Mahmoud Tarayra, 16; he was killed at a military roadblock installed by the army on the main road leading to Bani Neim.

The army claimed that Tarayra approached the military roadblock “with the intent to carry out a stabbing attack, but the soldiers neutralized him.”

An eyewitness said that Tarayra was on his way to Hebron city, and stepped out of a car he was riding after the soldiers stopped dozens of Palestinian cars, and walked towards the soldiers in an attempt to cross on foot, but one of them opened fire towards him and killed him.

The soldiers closed the entire area, declared it a closed military zone, and installed additional roadblocks.

In addition, the army prevented Red Crescent medics, who rushed to the scene after the shooting, from approaching the child to provide him with the desperately needed medical aid, and he died of his wounds.

On Monday evening, a number of fanatic Israeli colonists hurled firebombs at a home belonging to resident Nidal al-‘Oweiwy, in Hebron city, but the family noticed the attack fast and managed to contain the fire before it spread.

Nidal said the assailants came from Abraham Abino Israeli colonialist outpost, that was established on illegally confiscated Palestinian property, right next to his home.
19 sept 2016
Army Kills One Palestinian, Seriously Injures Another, In Hebron
So far, the names of the slain Palestinian and the wounded have not been released, but initial reports indicate they are 17 and 20 years of age.

Clashes took place after the shooting, especially near Abu ar-Reesh military roadblock, at the southern entrance of the Old City of Hebron, and near the Ibrahimi mosque.

The soldiers fired several gas bombs causing many Palestinians, including schoolchildren, to suffer the effects of teargas inhalation. Israeli media sources initially said two Palestinians were killed in the incident, but later confirmed the death of one Palestinian, and the serious injury of the other.