An onslaught launched by the Israeli occupation forces (IOF) on Sunday morning, in response to alleged mortar shells that slammed into the occupied Syrian Golan Heights, killed four unidentified persons.

The Hebrew-language Maariv news site claimed an Israeli army patrol stationed near the southern Golan Heights was targeted with gunshots fired from the Syrian borders, at the same time as three mortar shells were dropped on the area. No injuries were reported in the alleged attack.

The same source added that the three mortar shells, which were unleashed from the Syrian territories, had slammed into the security fence.

A probe has been launched by the occupation army to find out about the reasons for the attacks launched from the Syrian borderland.

An Israeli army spokesman claimed that gunmen opened fire at Israeli soldiers while they were carrying out works near the border fence with Syria.

Israel’s Channel 2 quoted the spokesman as stating that the occupation army discharged barrages of machinegun fire in response to the attack.

Israeli policemen gunned down a Palestinian child to the northeast of Occupied Jerusalem on Friday evening.

The child’s name was voiced via mosques’ loudspeakers at the refugee camp where a general mourning was declared and all shops closed down.

Luba al-Samri, the Israeli police spokeswoman, claimed that the child was carrying a knife and tried to stab a policeman but was shot and “neutralized”, which is an Israeli term meaning that he was killed.

She said that Israeli security and police forces arrived at the scene to investigate the incident.

Eyewitnesses said that an Israeli policeman fired at the boy as soon as he disembarked from a bus and left him bleeding for half an hour before he was covered with a black cover indicating that he was dead.

The Israeli police closed the Shufat road barrier immediately after the incident and blocked traffic in both directions.

Israeli soldiers shot and killed, on Friday evening, a Palestinian child at a military roadblock near Shu’fat refugee camp, east of occupied East Jerusalem, after the army alleged he attempted to stab a soldier. The child was born with one kidney, and has a disease in the other.

The child has been identified as Mohammad Nabil Zeidan, 14, from Bir Nibala town, northeast of Jerusalem. He was living with his family in Shu’fat refugee camp, in Jerusalem.

Zeidan was born with one kidney, while his other kidney requires regular dialysis to avoid kidney failure that would put his life at risk.

Israeli daily Haaretz quoted the army alleging that the soldiers were inspecting passengers on a minibus coming from Shu’fat, “before the child pulled a knife from his shirt and tried to stab an officer.”

After killing the child, the army summoned his father, interrogated him for more than two hours, and then released him.

“We do not know exactly what happened, but we do not trust the army narrative,” his uncle Abdullah Al-Alqam said, “Also, the soldiers could have easily shot him in his limbs, but it appears they just wanted to execute him.”
22 nov 2016
Army Kills A Palestinian Man Near Jerusalem

Israeli soldiers shot and killed, on Tuesday morning, a Palestinian man at the Qalandia terminal, north of occupied East Jerusalem.

The Palestinian Health Ministry said the slain Palestinian man has been identified as Jihad Mohammad Khalil, 40, from Beit Wazan village, west of Nablus, in the northern part of the West Bank.

Eyewitnesses said the soldiers shot and seriously wounded the Palestinian, after alleging that he tried to stab them, and he bled to death after the soldiers prevented Palestinian medics from approaching him.

After shooting the Palestinian man, the soldiers closed Qalandia terminal, and prevented the Palestinians from crossing, while dozens of soldiers were deployed in the area.
18 nov 2016
Israeli Army Kills One Palestinian, Injures Three Others, In Gaza 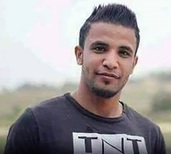 Palestinian medical sources have reported that one Palestinian was killed, on Friday evening, and three others were injured, after Israeli soldiers, stationed across the border fence, opened fire on Palestinian protesters in central Gaza, and east of Gaza city.

The sources stated that the soldiers, stationed on military towers near the border fence, east of the al-Boreij refugee camp in central Gaza, fired many live rounds, gas bombs and rubber-coated steel bullets on the protesters, killing a young man, identified as Mohammad Sa’id Abu Sa’da, 26, and wounding two others.

Palestinian medics moved the slain Palestinian, and the wounded, to the nearby Al-Aqsa Hospital in Deir al-Balah, in central Gaza. Many Palestinians suffered the effects of teargas inhalation.

In addition, soldiers stationed on towers at the Nahal Oz military base, east of Gaza city, fired several live rounds at Palestinians, close to the border fence, moderately wounding one Palestinian, who was moved to the Shifa hospital, while three others suffered the effects of teargas inhalation.
10 nov 2016
Israel returns ID documents of slain Palestinian after 24 years

The Israeli occupation forces handed the private documents of a slain Palestinian citizen to his family 24 years after his murder.

Anwar Jaradat said the family received a phone call from the Palestinian Military Liaison to inform them about an Israeli decision to return the private documents of his slain brother Muneer Jaradat after a 24-year-gag.

The family thought that the papers belong to another brother of Muneer who was born one year after the latter was killed and bears the same name as his slain brother.

The documents included Muneer’s ID and private pictures withheld by the Israeli occupation forces since 1992. Muneer was aged 19 at the time.

The family added that the occupation army kept chasing Muneer for three years before they captured him and fired 13 shots to his chest, killing him in cold blood in 1992.
9 nov 2016
Palestinian Dies From A Head Injury Suffered In 1992

Medical sources have reported that a Palestinian man, died on Wednesday morning, from very serious wounds he suffered in 1992, after Israeli soldiers shot him in the head, during a military invasion into the al-Jalazoun refugee camp, north of Ramallah, in central West Bank.

The sources said the Palestinian, Ahmad Mustafa Zeid, 44, was shot in the head from a very close range, as he was leaving a local mosque in the refugee camp; he was only 17 years of age at the time of his injury.

The bullet struck him in the head leading to a traumatic brain injury, and instantly paralyzing, in addition to causing several ongoing complications until died from his wounds at a hospital in Ramallah.

The shooting took place after dozens of soldiers invaded the refugee camp, during dawn hours in 1992, and clashed with dozens of local youths, who hurled stones at the military vehicles, while the army fired dozens of live rounds, rubber-coated steel bullets, gas bombs and concussion grenades.
3 nov 2016
Palestinian Officer Dies From Wounds Suffered In 2002 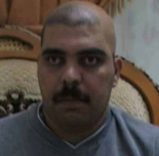 Palestinian medical sources have reported that a Palestinian security officer died, Thursday, from wounds he suffered in 2002, when the Israeli army invaded Nablus city, in the northern part of the occupied West Bank.

The officer, Raed Fuad Hijja, 38, from Borqa village west of Nablus, was a member of the Palestinian National Security Forces.

Israeli soldiers shot him in the head and arm, and he also suffered the severe effects of teargas inhalation after his injury.

Medical sources said Hijja became a quadriplegic, and unable to speak, in addition to suffering from various ongoing complications due to his head injury.
He remained in hospitals and rehabilitation centers from the time of his injury until his death at the National Hospital in Nablus.
Palestinian killed by Israeli gunfire near Ramallah

A Palestinian was killed by Israeli gunfire on Thursday afternoon after allegedly attempting to stab an Israeli soldier in the central occupied West Bank district of Ramallah.

Palestinian Health Ministry affirmed in a brief statement that an unidentified young man was killed after Israeli soldiers opened fire at him near Ofra settlement illegally built north of Ramallah.

Israeli media sources claimed that a Palestinian "armed with a knife attempted to stab an Israeli soldier guarding a bus stop" near Ofra.