Father of Yacoub Abu al-Qee’an reportedly died Thursday morning, after succumbing to shock over the death of his son, who was killed while defending his village of Umm al-Hiran.

According to Al Ray Palestinian Media Agency, a sword has hung over the heads of Umm al-Hiran’s 1,000 inhabitants for many months, now, as the Israeli government has advanced plans to raze the Palestinian Bedouin village of 150 homes and replace it with a town exclusive to Israeli Jews.

Raed Abu al-Qee’an, Yacoub’s 40-year-old nephew, said that  not only did the police kill him in cold blood, “but now they are holding his body hostage to try to make more convincing their ridiculous story that he is a terrorist.”

Al-Qee’an’s body was laid to rest Thursday afternoon, alas without a chance to bid farewell to his son.
Palestinian prisoner dies of injuries in Israeli hospital 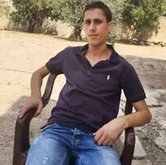 Head of the the PA committee for prisoners’ affairs Issa Qaraqe affirmed in a brief statement issued Friday afternoon the death of the injured prisoner Mohamed Jalad.

Jalad was arrested in Nov. 2016 after being seriously injured by Israeli forces for an alleged stabbing attack near Hawara checkpoint, Qaraqe pointed out.

Qaraqe has previously warned more than once of Jalad’s serious health condition.

A Palestinian held in Israeli custody succumbed to his wounds on Friday after being shot by Israeli forces in Nov. for allegedly attempting to carry out a stabbing attack.

Issa Qaraqe, the head of the Palestinian Committee of Prisoners’ Affairs, told Ma’an that 24-year-old Muhammad al-Jallad (also reported as Muhammad Amr) died in Israeli custody while at the Beilinson Hospital in the city of Petah Tikva in central Israel.

Al-Jallad was shot by Israeli forces on Nov. 9, 2016 at the Huwwara military checkpoint in the southern part of the occupied West Bank district of Nablus, Qaraqe said.

Israeli authorities claimed that al-Jallad had attempted to stab an Israeli soldier with a screwdriver before Israeli forces opened live fire on him.

According to Qaraqe, Israeli forces took al-Jallad into custody at the time and transported him to Beilinson hospital for treatment.

Qaraqe added that al-Jallad had also suffered from lymphoma.

Al-Jallad became the ninth Palestinian to be killed by Israeli forces this year, with 112 Palestinians killed in 2016, according to Ma’an documentation.

Israel has come under repeated criticism for using lethal force on Palestinians when they pose no harm or they could be detained through nonlethal means, with the PLO labeling the deaths "extrajudicial executions." 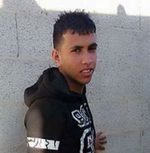 The Israeli air force fired, on Thursday morning, several missiles targeting a siege-busting commercial tunnel close to the Egyptian border, in Rafah, in the southern part of the Gaza Strip, killing two Palestinian workers, and wounding at least five others.

Spokesperson of the Health Ministry in Gaza, Dr. Ashraf al-Qedra, said the two slain Palestinians have been identified as Husam Hameed Soufi, 24, from Rafah, and Mohammad Anwar al-Aqra’, 38, from Gaza city.

Dr. al-Qedra added that five Palestinians were injured in the strike, some of them suffered moderate-severe wounds.

Palestinian medics and rescue teams rushed to the bombarded tunnel, and dug the bodies of the two Palestinians out. 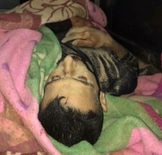 Although the Israeli army denied any relation to the bombings, eyewitnesses confirmed seeing the Israeli war jets firing missiles into the border area, before retreating.

The strikes were not isolated from several aerial bombardments, and artillery shells fired by the Israeli army against various areas in Gaza, especially near the border, in addition to sites run by the al-Qassam Brigades, the armed wing of Hamas.

The army has also been conducting daily limited invasions into Palestinians lands, and bulldozing them, close to the border fence, in addition to firing live rounds at homes, lands and the repeated attacks against the fishermen in Gaza territorial waters.

Local sources said that Mohammad was on his first day of working in the siege-busting tunnel, and that he was trying to financially support himself and his family, facing unemployment and extreme poverty because of the ongoing deadly Israeli siege on the Gaza Strip.
8 feb 2017
Elderly man dies after Israeli settler in speeding car runs over him 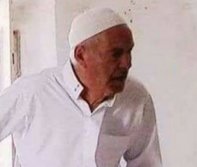 The PIC reporter said that an elderly Palestinian man was killed on Wednesday afternoon after an Israeli settler in a speeding car ran over him while he was crossing the street in a Bethlehem village.

According to the Palestinian Red Crescent in Bethlehem, Suleiman Hammad, 81, died after being run over near al-Khader town, south of Bethlehem city.

This incident is not the first of its kind since many Palestinian citizens were subjected to run over attacks by Israeli settlers while crossing the main roads that link Palestinian cities. The settlers usually speed up while moving on Palestinian lands to reach settlements illegally built on those lands.

However, the Israeli occupation authorities always rush to justify such attacks as unintentional accidents.
29 jan 2017
Israeli Soldiers Kill A Palestinian Teen In Jenin

Israeli soldiers shot and killed, on Sunday morning, a Palestinian teen, and wounded at least three others, during clashes that took place after several Israeli military vehicles invaded the Jenin refugee camp, in the northern West Bank district of Jenin.

Medical sources in Jenin said the young man, Mohammad Mahmoud Abu Khalifa, 19, was shot with a live round in his back, while three other Palestinians were injured, and were all moved to the Jenin Governmental Hospital.

Media sources in the camp said several Israeli military vehicles invaded the refugee camp, after surrounded it, and clashed with local youths, who hurled stones and empty bottles.

The clashes lasted for several hours, while the army fired many live rounds, rubber-coated steel bullets, gas bombs and concussion grenades, killing Khalifa, and wounding at least three others, while many Palestinians suffered the severe effects of teargas inhalation.

Shortly after Mohammad’s death, hundreds of Palestinians marched in the streets and alleys of the camp, chanting for ongoing resistance and vengeance.

Israeli forces shot and killed a 19-year-old Palestinian and injured several others early Sunday morning in Jenin refugee camp in the northern occupied West Bank, after clashes erupted following an Israeli army raid into the camp.

Locals identified the slain young man as 19-year-old Muhammad Mahmoud Abu Khalifa, with sources saying he was shot with a live bullet in the lower back that went through his body, emerging from his abdomen, though medical sources could not immediately be reached to confirm the nature of his injuries.

State-run Palestinian news agency Wafa said that Abu Khalifa was left on the ground for hours before paramedics were able to evacuate his body.

At least five other Palestinian youth were injured, including one seriously, who were evacuated to Jenin hospital for treatment.

After undercover Israeli forces in a civilian vehicle infiltrated the camp, dozens of military vehicles stormed the area, sparking violent clashes that continued for several hours, according to reports.

Shortly after, a funeral processes was held for Abu Khalifa, with hundreds of mourners carrying his body through the streets of the camp.

An Israeli army spokesperson confirmed the clashes to Ma’an via telephone, saying that “violent rioters attacked and hurled pipe bombs” at Israeli forces, with no injuries reported among Israeli forces.

“Responding to the threat, forces fired toward main instigators,” the spokesperson added. She said that “hits were confirmed,” but did not directly confirm Abu Khalifa’s killing or the number of Palestinians to be injured.

The purpose behind the hours-long raid remained unclear, as the Israeli army spokesperson said that no detentions were made in the camp. However, at least two members of the extended Abu Khalifa family were detained in a raid into Jenin refugee camp on Thursday, with the Israeli army claiming brothers Muhammad and Ahmad Abu Khalifa were “Hamas operatives.”

Israeli detention raids in Palestinian towns, villages, and refugee camps are a daily occurrence in the occupied West Bank, including East Jerusalem. Due to the typically aggressive nature of the raids, clashes often erupt between local Palestinian youth who throw stones and are met in response with live fire, rubber-coated steel bullets, and tear gas, often resulting in serious, sometimes fatal injuries.

Rights groups have routinely condemned Israeli authorities for their use of excessive force against Palestinians, including minors, during incidents that did not warrant a violent response.

Abu Khalifa’s killing came almost two weeks after Israeli forces killed 17-year-old Qusay Hassan al-Umour after shooting him with live ammunition in the chest during clashes in the Bethlehem-area village of Tuqu.

An Israeli army spokesperson told Ma’an at the time that "violent riots" erupted in Tuqu, and also claimed al-Umour had been the “main instigator” among “hundreds” of Palestinian youth throwing stones at Israeli border police.

However, a video of the events taken immediately after the teen was shot seemingly contradicted the allegation that al-Umour was the "main instigator" in the clashes, as the video shows Israeli forces running towards his motionless body, lying in a field at least 100 meters away from the road where the clashes were taking place that seemed only to involve dozens of stone throwers.

Last week an investigation was opened by the Israeli army in conjunction with military police, in accordance with the Israeli Justice Ministry's policy that a joint investigation “must be made into every instance of a Palestinian killed in the West Bank during a non-combat situation.”

Meanwhile, Israeli rights group B’Tselem released a report and video on Tuesday revealing that 17-year-old Ahmad Hazem Ata Zidani, who was killed in December 2016, was fleeing from the scene of clashes when Israeli forces shot him.

“B'Tselem’s investigation shows that the security forces killed Zidani, 17, and injured N.R. despite the fact that they were a danger to no one,” the report said, referring to a second unidentified youth who was also shot amid the clashes.

“At the time they were shot, they were some 10-20 meters away from the soldiers and officers, and they were running away from them. There was no justification for shooting them and this action was unlawful.”

An Israeli army spokesperson told Ma’an at the time that Israeli forces dispersed a “large crowds of violent rioters,” and did not directly confirm Zidani’s death.

“Over the years, referring cases to the military law enforcement system with a view to promoting real accountability has proved ineffective,” B’Tselem wrote in their report. “Even when a military investigation was actually launched, it nearly always wound up as a whitewash.”

When asked Sunday morning if the army was opening an investigation to Abu Khalifa’s death, a spokesperson told Ma’an they would look into the matter.

According to Ma'an documentation, this is the eighth Palestinian to have been killed by Israeli forces since the beginning of the year.

Five Israelis, either soldiers or police officers, have been killed by Palestinians during the same time period, all in alleged vehicular attacks.