“The Great March of Return” 243 killed 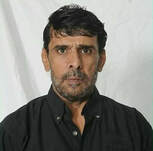 A Palestinian detainee died on Wednesday evening in Israeli jails after his health seriously worsened due to deliberate medical neglect by the Israel Prison Service.

The Prisoners Media Office said that Fares Baroud, 51, was the longest-serving Palestinian prisoner from the Gaza Strip in Israeli jails.

The Israeli occupation authorities on Tuesday transferred Baroud to the intensive care unit at the hospital of Raymond jail after he suffered serious health complications.

A resident of al-Shati refugee camp in the Gaza Strip, Baroud was arrested in 1991 and sentenced to life imprisonment and 35 years on charges of killing an Israeli settler.

He had not been able to see any of his family members in the last 18 years based on an order by the Israel Prison Service.

Baroud was supposed to be freed along with 30 long-serving Palestinian prisoners who Israel had vowed to release as part of attempts to revive negotiations with the Palestinian Authority in late 2013.

However, Israel backtracked on the move and suspended the release for "political reasons".

A year ago, Baroud's mother, who lost her sight before she could see her son after over 18 years of absence, died.

The Palestinian Detainees and Ex-Detainees Affairs Commission said that the Israel Pirson Service had pursued a deliberate medical neglect policy against Baroud who was suffering from serious health problems.

The commission held the Israel Prison Service at Raymond jail and the Israeli government responsible for the crime, after which the number of Palestinian detainees who died while in Israeli custody jumped to 209.
4 feb 2019
Israeli forces kill Palestinian, injure another in Jenin

A Palestinian youth was killed and another injured on Monday evening by Israeli gunfire in Jenin.

Israeli media sources claimed that two armed Palestinians opened fire at Israeli soldiers at al-Jalama checkpoint, and the latter responded, killing one of them and injuring the other.

The Palestinian Red Crescent Society said that a seriously injured youth was taken to hospital for treatment, but the medical crews could not reach the other.

According to eyewitnesses, the Israeli soldiers stationed at al-Jalama checkpoint opened fire at two Palestinian youths on a motorbike killing one of them.

Local sources later reported that Abdullah Taleb, 20, the martyr, was handed over to the Red Crescent at al-Jalama checkpoint.

The same sources affirmed that Abu Taleb suffered a serious injury before he was left to bleed to death.

Israeli Soldiers Kill One Palestinian, Injure Another, Near Jenin

Israeli soldiers killed, on Monday evening, one Palestinian teen and injured another, near the entrance of the al-Jalama village, northeast of Jenin in northern West Bank.

The army claimed that Palestinians were riding a motor cycle and “hurled an explosive at the soldiers,” and did not report any injuries.

Mahmoud Sa’adi, the director of the Emergency Department of the Palestinian Red Crescent in Jenin, said the slain Palestinian has been identified as Abdullah Faisal Omar Tawalba, 19, from the al-Jalama village, and added that Omar Ahmad Hanana, 15, was injured but is in a stable condition.

They added that Tawalba was shot with several live rounds in the head and legs.

Eyewitnesses said the two were riding a motorcycle near the village, when the soldiers opened fire at them, and denied the Israeli military allegation, stating that the army will say anything to justify murdering Palestinians.

They added that the two Palestinians were riding their motorcycle back home, in al-Jalama and ‘Arrana villages near Jenin, while returning from work.

The Israeli army did not report any injuries among the soldiers, and only issued a brief statement regarding the incident, alleging that the two Palestinians “arrived at the checkpoint riding a motorcycle, and hurled an explosive at the soldiers, causing no injuries.”

It is worth mentioning that the army holds the corpses of slain Palestinians suspected of attacking soldiers or colonialist settlers but did not hold Tawalba’s body, and local medics moved his corpse to Jenin Governmental Hospital.

Jenin Governor Akram Rajoub said the Israeli army “seems to have ready justifications for murdering Palestinians, in order to pass these crimes as acts of self-defense by the soldiers,” and added that “these lies, and fabrications are encouraged by the political leaders in Israel.”

Osama al-Qawasmi, a member of the Revolutionary Council of Fateh Movement and its spokesperson in Jenin, called on media outlets not to be mislead by statements made by the Israeli army and media outlets that have the only aim of justifying crimes committed by the soldiers against unarmed Palestinian civilians.

“It seems that every time Israel approaches election, the crimes against the Palestinians, their homes and lands increase,” he added.

On Sunday, a Palestinian man, identified as Ahmad Ghazi Abu Jabal, 30, died of critical wounds he sustained last week, after being shot by Israeli forces offshore the town of Beit Lahia, north of Gaza.

Abu Jabal, from the Sheja’eyya neighborhood east of Gaza city,  was shot and seriously injured, on January 29 2019,  during a naval procession along Beit Lahia Sea and shore, in northern Gaza.
Israeli Soldiers Abduct Seventeen Palestinians In West Bank 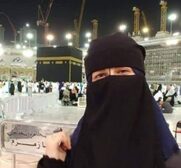 Israeli soldiers abducted, on Monday at dawn, at least seventeen Palestinians from their homes, in several parts of the occupied West Bank, the Palestinian Prisoners’ Society (PPS) has reported.

The PPS said the soldiers invaded and violently searched many homes across the West Bank, and interrogated scores of Palestinians while inspecting their ID cards.

The soldiers also installed many roadblocks in several parts of the West Bank, especially in Ramallah governorate, in central West Bank, and in Hebron, in southern West Bank.

The soldiers stopped and searched dozens of cars, and interrogated scores of Palestinians while inspecting their ID cards.

The soldiers also invaded the family home of a slain teenage girl, identified as Samah Mubarak, 16, in Qaddoura refugee camp, in Ramallah, and violently searched it, in addition to storming the home of Yahia Rabea’, the head of the Students’ Senate at Birzeit University.

It is worth mentioning that Samah, was shot and killed by Israeli soldiers at the Zaim military roadblock, east of occupied Jerusalem, after she refused to remove her face covering.

Samah was left bleeding on the ground and died from her wounds. She was from Nusseirat in Gaza, but her family moved to Umm ash-Sharayet neighborhood in the central West Bank city of Ramallah and was an eleven-grade school student.

The abducted Palestinians have been identified as:

Gaza's Ministry of Health announced that a Palestinian man died on Sunday evening from wounds he sustained during Gaza coast marches.

Spokesman for the Ministry of Health Ashraf al-Qedra said that Ahmad Abu Jabal, 30, was seriously injured by Israeli gunfire on Tuesday.

Gaza coast marches in recent months have been a major part of the Great March of Return which was launched on 30 March along the eastern border.

Since the start of the border protests, the Israeli occupation army has killed 263 peaceful protesters and injured 27,000 others, 500 of whom are in critical condition.
30 jan 2019
UPDATE: Palestinian teen shot dead by Israeli forces for alleged stab attempt
attempted to stab one of the Israeli soldiers situated at the checkpoint, when security forces intervened and opened fire.

The teen was critically injured, however, succumbed to her injuries within a few minutes.

No injuries were reported among Israelis.

The checkpoint was temporarily closed following the alleged attack.

The Israeli police Commissioner, Yoram Halevi, visited the site of the attack and said, “Police are investigating where the female suspect came from and heightened security is continuing in the area.”

The Israeli police shot dead a Palestinian young woman at a checkpoint east of Occupied Jerusalem on Wednesday.

The Palestinian Red Crescent said that the Israeli police prevented medical staff from reaching the young woman and providing first aid to her while she was still injured.

Eyewitnesses confirmed hearing gunfire near az-Za'ayyem checkpoint, which set up at the eastern entrance to Jerusalem city. video

Since 2015, dozens of Palestinians, including children and women, have been shot dead by the Israeli forces at point-blank range over different allegations.

Palestinian expert Abdulnaser Farwana said that the Israeli occupation forces, following the 2015 elections, have stepped up their extra-judicial killing of Palestinian civilians.

Farwana stressed that this dangerous escalation in field execution is not an individual act. Rather, it falls in line with a systematic policy pursued by Israel's military and political institutions to intimidate the Palestinians.
29 jan 2019
Palestinian Dies From Wounds He Suffered Last Friday In Gaza

The Health Ministry in the Gaza Strip has confirmed that a Palestinian man died, Tuesday, from serious wounds he suffered, last Friday, after Israeli soldiers shot him during the Great Return March Procession.

The Health Ministry stated that the man, Samir Ghazi Nabahin, 47, was shot with a high-velocity gas bomb in the face, east of the al-Boreij refugee camp, in central Gaza.

It added that Nabahin was rushed to the Shifa Medical Center in Gaza, and received the urgently needed medical treatment, but remained in a critical condition until he succumbed to his wounds.

Also on Tuesday, the soldiers shot at least fourteen Palestinians with live fire, and caused eleven others to suffer the effects of teargas inhalation, during the nonviolent naval procession near the shore of Beit Lahia, in northern Gaza.

The Health Ministry stated that one of the wounded Palestinians suffered a serious injury prior to the procession, while driving a bulldozer at the shore area in Beit Lahia.

The army and the navy fired many live rounds, in addition to gas bombs and concussion grenades at the boats, and the shore.

Furthermore, the soldiers shot a farmer while working on his land, in Beit Lahia, causing a moderate injury, before he was rushed to the Indonesia Hospital.
Page:  3 - 2 - 1
Powered by