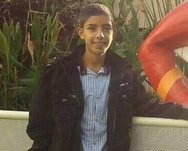 A 17-year-old Palestinian died last week after Israeli authorities refused to allow him to leave the besieged Gaza Strip to undergo treatment for a congenital heart defect, the Gaza-based al-Mezan Center for Human Rights said in a report on Sunday.

Israeli authorities had denied Ahmad Hassan Shubeir from Gaza City, permission to cross into Israel to receive life-saving medical treatment from a hospital after the teen “refused to serve as a collaborator for the Israeli authorities, a coercive measure regularly employed on Palestinian patients in need of permits,” according to the center.

After being repeatedly denied permission by Israel to cross, despite securing a number of appointments at Israeli hospitals as his health declined, Ahmad died at approximately 4 a.m. on Jan. 14.

Ahmad’s father told al-Mezan that his son had been suffering from a congenital heart defect since birth. The father said that he accompanied Ahmad several times to Israeli hospitals, including Tel Hashomer Hospital, Schneider Children’s Medical Center, as well as al-Makassed Hospital in the occupied West Bank, and that Ahmad’s condition remained relatively stable throughout the treatment.

After Ahmad fell into a critical condition, his family applied for a crossing permit in February 2016 with supporting medical documents attached.

According to the report, Israeli authorities responded to the request by attempted to blackmail and coerce Ahmad’s mother into cooperating with the authorities in exchange for her child’s permit during an interview at the Erez crossing.

Though she refused, authorities ultimately allowed her and Ahmad to pass after being held several hours.

A subsequent permit request in September received no reply from authorities, and after the family obtained a new hospital appointment, the applied again in October, again without reply.

In November, Israeli authorities replied to another permit application with a refusal.

“The Israeli security services then summoned Ahmad for an interview at the crossing; during the interrogation, he was pressured to serve as a collaborator for the Israeli authorities in exchange for his permit. The child refused and was denied a permit,” al-Mezan’s report continued.

Finally, the family again obtained an appointment at a hospital for Jan. 30, 2017, as Ahmad’s health continued to decline. He died two weeks before the appointment.

“Al-Mezan strongly condemns Israel’s ill-treatment of Palestinian patients of Gaza and expresses remorse at the death of Ahmad Shubeir,” they wrote in their report.

The group warned of the continued “abuse” of critically ill Palestinian patients sealed inside the enclave, where health care services are crippled due to Israel’s ongoing blockade of the small territory that will enter its tenth year this coming June.

“The denial of adequate medical care, which amounts to ill-treatment, is in violation of treaty and customary international law, and amounts to a prohibited collective punishment,” al-Mezan stressed, noting that the Israeli hospitals Palestinians are attempting to reach are in close proximity to Gaza.

According to the center, 2016 represented a steep decrease in the number of permits granted to Palestinian patients wishing to pass through the Erez crossing: In 2015, 77.66 percent of patients were granted access, whereas 61 percent were granted in 2016.

Israeli authorities have also expanded the age group of those subjected to increased security checks from 16 to 35 years old to 16 to 55 years old, "which subsequently expanded waiting times and resulted in increased rejection of permits."

Between 50 and 60 percent of the patients who were refused permits in 2016 by Israeli authorities were people with cancer, with al-Mezan noting a trend that developed over the year, "whereby cancer patients were granted up to three permits, but not more, resulting in unfinished cancer treatment, and greatly diminished effectiveness of cancer care."

Furthermore, Palestinians who were finally granted permits were nevertheless subjected to measures that al-Mezan said amounted to “cruel, inhuman, and degrading treatment,” including long-waiting periods, intense interrogations, invasive searches, blackmail, and coercion, all of which that were greatly strenuous for the sick patients who were not given sufficient rest amid the procedures.

The center further noted that obtaining a permit did not even guarantee a successful crossing for Gazans, reporting that Israeli forces arrested at least nine patients in addition to five Palestinians accompanying patients at the Erez crossing in 2015 and 2016.
20 jan 2017
Slain Palestinian’s family refuses Israeli burial conditions

The family of slain Palestinian Yaqub Musa Abu Qi’an, a resident of the village of Um al-Hiran in the Negev who was killed by Israeli police on Wednesday, refused the Israeli burial conditions.

Local sources affirmed that the family refused Israeli police orders to bury their son in Negev instead of his hometown of Um al-Hiran.

Qi’an was shot and killed by Israeli gunfire in the early hours of Wednesday morning after his car allegedly struck and killed an Israeli police officer. 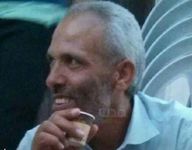 Two people were killed Wednesday morning and several others were hospitalized after an Israeli demolition raid into the Bedouin village of Umm al-Hiran in Israel’s Negev region erupted into clashes between locals and police.

A Palestinian citizen of Israel was shot dead by Israeli special forces and police after he allegedly carried out a car ramming attack on Israeli officers, leaving several injured, according to Israeli police. However, local residents who were at the scene said that the driver lost control of his vehicle after he was shot by police, according to Israeli daily Haaretz.

Israeli news site Ynet reported that family members of the driver insisted he had no intention of harming policemen and had even signaled before he turned his vehicle.

Israeli police later confirmed that a policeman succumbed to injuries he sustained by being hit by the car. The slain officer was identified as 34-year-old Erez Levi.

Member of the Israeli Knesset Ayman Odeh and head of the Joint List, which represents parties led by Palestinian citizens of Israel, was injured in the head and back with rubber-coated steel bullets and taken to Soroka Hospital in Beersheba.

Odeh wrote in a statement on his Facebook page saying that “a crime was committed in Um al-Hiran as hundreds of police members violently raided the village firing tear-gas bombs, stun grenades, and rubber-coated steel bullets. Villagers, women, men, and children stood with their bare hands against the brutality and violence of the police.”

According to Israeli police spokesman Micky Rosenfeld, after Israeli police arrived to Umm al-Hiran to “prevent disturbances” and secure the area for Israeli authorities to carry out a demolition campaign in the village, “violent riots took place.”

Amid the clashes, “a vehicle driven by a terrorist from the Islamic Movement intended to strike a number officers and carry out an attack,” Rosenfeld said.

Police officers responded by shooting and killing the driver

Rosenfeld claimed that the slain Palestinian, later identified by locals as 47-year-old teacher Yaqoub Moussa Abu al-Qian, was a member of the southern branch of the Islamic Movement in Israel, and that police were investigating to determine whether or not he was “influenced” by the so-called Islamic State.

The police spokesman added that al-Qian was “involved in education and had a negative and dangerous influence.”
17 jan 2017
IOF kills Palestinian man over alleged stabbing attack 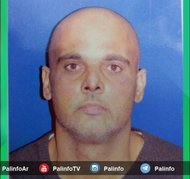 A Palestinian man was shot dead by the Israeli occupation forces (IOF) on Tuesday evening near Tulkarem city, north of the West Bank, under the pretext of attempting to carry out a stabbing attack.

According to the Hebrew website 0404, the Israeli soldiers opened fire at a Palestinian who tried to carry out a stabbing attack at a checkpoint near Tulkarem. The man was badly injured and left to bleed to death, and no casualties among the IOF soldiers were reported.

The Palestinian Ministry of Health officially announced the martyrdom of Nidal Mihdawi, 44, from Shwaika village to the north of Tulkarem after he was shot by Israeli soldiers at the so-called 104 checkpoint.

Mihdawi, the fifth Palestinian martyr since the beginning of 2017, increased the number of the martyrs of the Jerusalem Intifada which erupted in early October 2015 to 276.

Meanwhile in occupied Jerusalem, the Israeli police announced the detention of a Palestinian young man from Doheisheh refugee camp in Bethlehem city, claiming that he was on his way to stab Israeli soldiers in Jerusalem.

In a statement by the Israeli police, they said that the Israeli forces foiled a stabbing attack in Jerusalem by arresting the 19-year-old Palestinian, pointing out that he arrived to the city without an entry permit.

According to Israeli allegations, a sum of money was caught with the young man, and during investigations, it was found out that he had intended to use it to buy a knife and carry out a stabbing attack against Israeli policemen and soldiers. 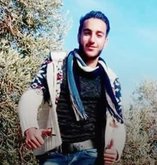 Israeli forces shot and killed a Palestinian teenager during clashes in the Bethlehem-area village of Tuqu in the southern occupied West Bank on Monday evening, the Palestinian Red Crescent (PRC) ambulance service said.

A PRC spokesperson told Ma'an that 17-year-old Qusay Hasna al-Umour was shot with live ammunition in the chest at least three times, and that Israeli forces had detained him for an unspecified period of time before handing over his body to the health organization.

It remained unclear whether al-Umour was already dead when Israeli forces got a hold of him, or if he succumbed to his injuries while in custody. Video

Four other Palestinians, including a woman, were also shot and injured during the clashes.
Palestinian prisoner dies in Israeli jail

Local sources identified the prisoner as Mohamed Nabeel Buseila, 17, who was jailed for long time under criminal charges.

The prisoner was transferred to hospital late yesterday after suffering sharp pains where he was proclaimed dead.

Buseila’s family called for an independent probe, describing the circumstances of his death as "mysterious."
14 jan 2017 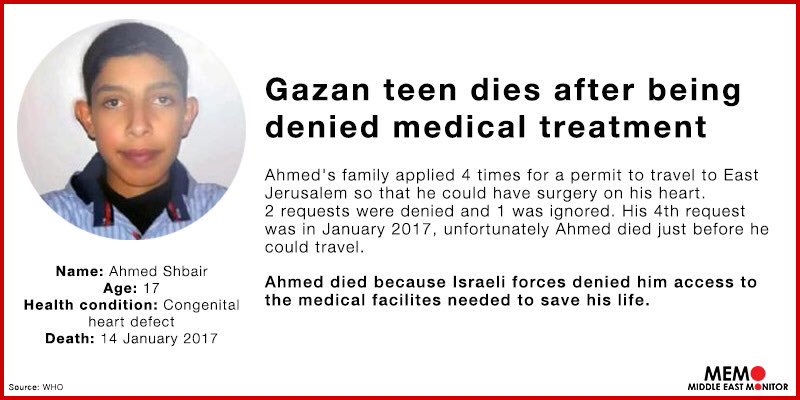