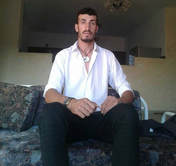 The Israeli Occupation Forces (IOF) shot and killed a Palestinian in the southern West Bank village of Tuqu, near Bethlehem city, on Thursday afternoon after an alleged stabbing attack.

Israeli media sources said that IOF soldiers opened their gunfire at a Palestinian while attempting to stab Israeli soldiers.

A video shared on social media showed a man lying on the ground after being shot by Israeli soldiers.

The Palestinian Health Ministry did not identify the slain Palestinian; however, it confirmed his martyrdom.

Israeli soldiers shot and killed, on Thursday at noon, a young Palestinian man, after he reportedly attempted to stab them, in Teqoua’ town, east of Bethlehem, in the occupied West Bank.

The Palestinian, identified as Mohmmad Hussein Tnouh, 26, was shot with four live rounds, before an army jeep ran over him, near al-Khansa’ school, in Teqoua’.

An Israeli army spokesperson said the soldiers “responded to an immediate threat, and killed the man.”

After shooting the Palestinian, the soldiers closed the area, prevented bystanders, and even medics, from approaching him, and later covered his body with a black sheet, before taking it away.

The Red Crescent said the soldiers refused to allow its medics to approach the Palestinian to assess his condition, and the extent of his injuries, before he was declared dead.

It is worth mentioning that clashes took place after Tnouh was shot dead, and the soldiers fired dozens of live rounds and rubber-coated steel bullets.

Furthermore, the Palestinian Police said the soldiers shot one of its officers, identified as Zayed Sha’er, with a rubber-coated steel bullet in the head.

The death of Tnouh brings the number of Palestinians, killed by Israeli soldiers in occupied Palestine this year alone, to fifty Palestinians, including fifteen children, and a toddler, identified as Abdul-Rahman Mahmoud Barghouthi, only18 months of age, who died, on July 7th, from the severe effects of teargas inhalation after Israeli soldiers invaded Aboud village, northwest of Ramallah, in central West Bank, and fired many gas bombs.

Ten Israelis, including six soldiers and officers, were killed since the beginning of this year; two of them were Arab citizens of Israel.
18 july 2017
Army Kills A Palestinian After He Reportedly Rammed Soldiers With His Car Near Hebron

Israeli soldiers shot and killed, on Tuesday afternoon, a young Palestinian man who reportedly deliberately rammed Israeli soldiers with his car at Beit ‘Anoun junction, east of Hebron, in the southern part of the occupied West Bank.

The Palestinian has been identified as Shokri Nathmi Harbawi, 29, from Hebron city. Israeli sources said two soldiers were mildly wounded.

Eyewitnesses said the soldiers fired a barrage of live rounds on the Palestinian car,  before dozens of soldiers rushed to the scene and closed the area.

Palestinian Red Crescent medics tried to reach the Palestinian, but the soldiers prevented them from approaching his vehicle; he was declared dead shortly after he was shot.

The Israeli army later invaded the home of the slain Palestinian, and interrogated his family, as the soldiers are claiming that the incident was a deliberate attack.

The soldiers also attacked many Palestinians, including reporters, and deleted videos and pictures captured by them, documenting the invasion.
16 july 2017
Soldiers Kill A Palestinian Near Ramallah 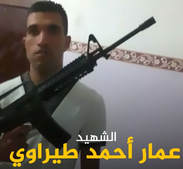 Israeli soldiers invaded, on Sunday at dawn, the village of Nabi Saleh, northwest of Ramallah, in the occupied West Bank, and killed a young Palestinian, who reportedly tried to open fire on the invading forces.

The Israeli army claims that the soldiers invaded Nabi Saleh after two incidents when live fire was used against Israeli soldiers and colonist settlers.

According to the army, the first incident took place when an armed Palestinian resistance fighter opened fire on a car of an Israeli colonist, near Ateret illegal settlement, and the second targeted a fortified military base, near Nabi Saleh.

Following the shooting, dozens of soldiers invaded Nabi Saleh to conduct arrests and searches of homes and property, before the young man reportedly “pointed his gun at the soldiers who shot him dead.”

The soldiers also abducted another young Palestinian man, and took him to an unknown destination.

* This is a developing story
14 july 2017
Army Kills One Palestinian, Injures Two, And Abducts Three Others, In Bethlehem 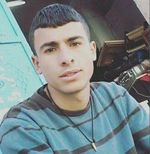 Several armored Israeli military jeeps invaded, on Friday morning, the Deheishe refugee camp, south of Bethlehem in the occupied West Bank, killed two Palestinians injured at least two others, and abducted three, during clashes that took place during the invasion.

Medical sources in Bethlehem said the soldiers shot Bara’ Ismael Hawamda, 21, with a live round in the chest, inflicting a very serious injury.

Palestinian medics rushed the seriously wounded Palestinian to a local hospital, but he succumbed to his wounds while the doctors were trying to save his life.

At least two other Palestinians were shot by Israeli army fire, while the soldiers also invaded and ransacked many homes, and abducted three Palestinians; two of them have been identified as Mohammad Khaled Obeid and Moath Abu Nassar.

Furthermore, the soldiers invaded and searched many homes of Kufur Ra’ey town, southwest of the northern West Bank city of Jenin, and abducted Bilal Nabil Thiab, 33, after violently interrogating him and his family.

It is worth mentioning that Thiab is a former political prisoner, whowas released two years ago, after he held a hunger strike for 87 consecutive days, protesting being held under arbitrary Administrative Detention orders, without charges or trial since 2012. His brother, Azzam, is a political prisoner, serving a life sentence.
Three Palestinians killed in police shooting at Aqsa Mosque 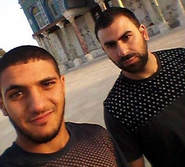 Three Palestinian young men were killed on Friday morning in a shootout with Israeli police officers at the Aqsa Mosque in Occupied Jerusalem.

Eyewitnesses reported that the three young men traded fire with police officers at one of the Mosque’s gate before they rushed to the plateau of the Dome of the Rock, where they were shot dead. 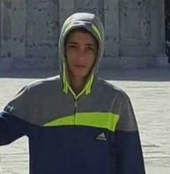 The Mosque’s management, however, said the bodies of two Palestinians were in a courtyard of the Islamic holy site.

According to a Palestinian Information Center (PIC) reporter in the city, the shooting happened in the morning at al-Sahira Gate of the Mosque.

A spokeswomen for the police claimed that three officers were wounded in the gunfight, two of them seriously. However, unconfirmed news said that two officers succumbed to their injuries and died.

The three young men were identified as residents of Umm al-Fahm city in Haifa from the family of Jabbarin.

Consequently, the Israeli police ordered the closure of the Aqsa Mosque compound, saying there would be no prayers at the site on Friday.

Israeli police officers and soldiers shot and killed, on Friday morning, three young Palestinian men, who opened fire on officers near the “Tribes Gate,” leading to the Al-Aqsa Mosque, in occupied East Jerusalem, and fled towards the courtyards of Al-Aqsa Mosque, where they exchanged fire with soldiers, wounding three, before they were killed.

Following the fatal incidents, the soldiers completely sealed Al-Aqsa Mosque, and canceled Friday prayers, before preventing all Muslim worshipers from entering or leaving the mosque courtyards.

Israeli daily Haaretz said three officers were hurt in the shooting; two of them suffered serious wounds and one suffered a mild-to-moderate injury.

Haaretz quoted the Israeli police stating that the three Palestinians arrived at one of Al-Aqsa gates, and noticed police and military presence, before they opened fire on them and escaped.

It stated that the police pursued the three, and killed them, and added that the officers found two rifles and a pistol on the bodies of the three Palestinians.

After the shooting, the police closed the entire compound of Al-Aqsa Mosque, and initiated extensive searches in the area “to ensure no weapons are in it.”

Although no faction has claimed responsibility for the shooting, Hamas spokesperson in Gaza, Sami Abu Zohri, said the incident is a natural reaction and outcome of “Israel’s ongoing terror, and desecration of the Al-Aqsa Mosque.”

The identities of the three Palestinians remain unknown, but initial reports indicate they carried ID cards, identifying them as are Israeli citizens from Umm al-Fahm Palestinian town.

Is worth mentioning that the soldiers prevented the Mufti of Jerusalem, the Khatib of Al-Aqsa Mosque, and several other religious leaders, including the head of the Jerusalem Waqf and Endowment Department, from entering the mosque or its compound.
12 july 2017
Israeli soldiers kill two Palestinians in Jenin camp clashes

Two Palestinian young men were killed and three others were injured during violent clashes at dawn Wednesday with Israeli soldiers in Jenin refugee camp, north of the occupied West Bank.

They added that the soldiers opened fire directly and indiscriminately at angry young men during skirmishes with them in the camp’s streets.

Dozens of Israeli soldiers invaded, on Wednesday at dawn, Jenin refugee camp, in the northern West Bank city of Jenin, and clashed with dozens of youngsters, before killing two Palestinians with live rounds, and wounding at least one with an expanding bullet.

The sources added that the soldiers also shot Odai Nizar Abu Na’sa, 19, with an expanding bullet in his leg, causing a serious injury.

Sources at Khalil Suleiman hospital, in Jenin, said Salah was shot with three live rounds, including one in the head, and succumbed to his wounds on the operating table.

Salah’s uncle, said the slain young man has three brothers; one of them, Yousef, is imprisoned by Israel, and the second is a former political prisoner, while their father became paralyzed several years ago, after the soldiers shot him in his back.