“The Great March of Return” 266 killed
28 june 2019
Israeli Soldiers Kill One Palestinian, Injure Many, In Jerusalem 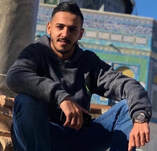 Israeli soldiers and the police invaded, on Thursday evening, the al-‘Isawiya town, north of occupied East Jerusalem, killed a young Palestinian man, and injured many other residents, in addition to imposing a strict siege on the town.

Media sources said the soldiers invaded Obeid neighborhood in the town, and attacked many Palestinians while inspecting their ID cards, in addition to searching homes and shops.

They added that the soldiers fired many live rounds, rubber-coated steel bullets, gas bombs and concussion grenades at Palestinian youngsters protesting the invasion.

Local nonviolent activist, Yousef Obeid, said the soldiers killed a former political prisoner, identified as Mohammad Samir Obeid, 21, after shooting him with several bullets, including a live round in the heart. video

He added that the soldiers also injured four other Palestinians, causing mild-to-moderate wounds.

After killing the young man, the soldiers took his body away, and assaulted several Palestinians with clubs and batons. video

Furthermore, the soldiers imposed a strict siege on the town, and prevented the residents, including ambulances, from entering or leaving it. video

An eyewitness, who was standing next to the slain Palestinian, said the soldiers shot him with three live rounds from a close range, including the fatal round in the heart, and one that struck him in his leg, and added that the shooting had no cause or justification, especially since it was carried out an hour after the nonviolent protest ended. video

His statements, alongside other witnesses, contradict allegations by the police that the slain young man “lit firecrackers in the direction of the police,’” allegedly “endangering their lives.”

It is worth mentioning that the invasion, and the killing of the young man, took place after the army attacked the nonviolent procession held by the locals against the daily invasions and violent searches of homes and property, carried out by the Israeli military and the police.

The killing of the young man also led to protests in the neighborhoods and towns of Wadi al-Jouz, at-Tour, al-‘Isawiya, Shu’fat, Shu’fat refugee camp and Abu Dis. video video

Mohammad was taken to Hadassah Israeli Medical Center in Jerusalem, where his death was confirmed by the surgeons and physicians, including a Palestinian surgeon, who is also from al-‘Isawiya.

An eyewitness, who was also injured after the soldiers attacked him, and went to Hadassah, said the young man was shot by a police officer, wearing an armored suit and a helmet, and used a pistol in shooting and killing Mohammad Obeid.

The eyewitness added that the soldiers and the police, who also went to the urgent care unit in the hospital, prevented the family and friends of the slain Palestinian from entering it, before assaulting many Palestinians, including his family, causing serious lacerations. video video

The slain young Palestinian man is a former political prisoner, who was released just a year ago, after spending twenty months in prison.

He was also abducted and imprisoned several times since he was a young teen, spending more than four years in prison.

It is worth mentioning that, on March 25 2016, Israeli soldiers abducted his sister, Sondos Obeid, 16, after alleging she carried a knife; she was sentenced to five months and a fine.

Their father is a former political prisoner, who was abducted and detained several times, including being held under Administrative Detention orders, without charges or trial.

The nonviolent protests in al-‘Isawiya have been ongoing for more than three weeks, as the police and the army continue to invaded homes and stores, in addition to imposing high fines on the Palestinians, and the frequent abduction and imprisonment of many locals.

These protests are held by the local Palestinian residents of the town, in addition to Israeli peace activists.

The Palestinian, identified as Mousa Abu Mayyala, 60, was assaulted by the undercover soldiers while standing in front of his home in the refugee camp. video

Abu Mayyala suffered various serious injuries, including fractures in his ribs, due to the violent assault against him, before he was rushed to a hospital in occupied Jerusalem. 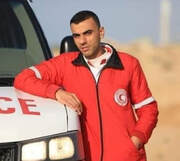 The Palestinian Red Crescent Society (PRCS) has confirmed that a medic, identified as Mohammad Sobhi al-Jodeili, 36, died from serious wounds he suffered, on May 3, 2019, after Israeli soldiers shot him with a rubber-coated steel bullet in the face in the Gaza Strip. video

The PRCS stated that the medic, from the al-Boreij refugee camp in central Gaza, suffered fractures in his nose, face and skull.

The soldiers shot him in Abu Safiyya area, in Jabalia, in the northern part of the coastal region, while he was providing medical care to wounded Palestinians during the Great Return March processions.

He received treatment at one of the make-shift hospitals before he was moved to a medical center in Gaza, and later was moved to the al-Ahli hospital in Hebron, in the southern part of the West Bank, due to the seriousness of his wounds. video video
31 may 2019
Palestinian killed after stabbing settlers in O. Jerusalem

A Palestinian young man was killed on Friday morning by Israeli police forces after he stabbed Jewish settlers in Occupied Jerusalem.

According to the Hebrew website Walla, the young man stabbed a settler at the junction near al-Wad road that leads to the Aqsa Mosque and critically wounded him. video

Another settler was also moderately injured when the same young man managed to stab him in the Jewish neighborhood — established in place of al-Maghariba and al-Sharaf neighborhoods. video  video

Walla said that police officers opened fire at the young man and killed him.

Later, the Israeli police closed the entrances to the Old City of Jerusalem and the gats of the Aqsa Mosque and brutalized Palestinian citizens as they were walking to the holy site to perform prayers on the last Friday of Ramadan.

The Palestinian was later identified as Yousef Wajeeh, 18, from Abwein village, northwest of the central West Bank city of Ramallah.

Israeli sources said the Palestinian came from the West Bank to attend Friday prayers in Al-Aqsa Mosque, on the last Friday of Ramadan.

It quoted the Superintendent of the Israeli Police in Jerusalem Micky Rosenfeld telling its reporter that one Israeli was stabbed and critically injured at Damascus Gate, and that the second Israel was stabbed and moderately injured when the Palestinian managed to make his way to the Old City, before the officers shot him dead.

Following the incident, the Israeli army and police significantly increased their deployment in the Old City, and all areas leading to the Al-Aqsa Mosque.

The soldiers started searching hundreds of worshipers, after ordering them out of several buses in Wadi al-Jouz neighborhood, and forced them to walk a large distance towards the mosque.

It is worth mentioning that today is the last Friday of the holy Muslim month of Ramadan.

Earlier Friday, the soldiers killed a Palestinian child near the West Bank city of Bethlehem, and injured a young man from Hebron, while trying to enter Jerusalem for Friday prayers in the Al-Aqsa Mosque.
West Bank child killed by IOF during attempt to reach Aqsa Mosque

The Israeli occupation forces (IOF) on Friday morning killed a Palestinian child and wounded a young man as they were trying to enter Jerusalem to pray at the Aqsa Mosque.

According to local sources, Israeli soldiers at Mazmouriya checkpoint in eastern Bethlehem opened fire at a group of Palestinian citizens during their attempt to reach Jerusalem to perform prayers on the last Friday of Ramadan.

Consequently, a 15-year-old child was seriously wounded in the chest and left to bleed for a while before transferring him to hospital where he was proclaimed dead. Another young man was also critically injured.

Medical sources at al-Hussein Hospital in Bethlehem said that a child called Abdullah Ghaith arrived in the hospital in very critical condition before he was pronounced dead.

They added that 21-year-old Mu’men Abu Tabeesh, from al-Fawwar refugee camp in al-Khalil, was badly injured in his abdominal area, describing his condition as “serious.”

The IOF on Friday morning prevented thousands of Palestinians in the West Bank from entering Jerusalem to perform prayers at the Aqsa Mosque on the last Friday of Ramadan.
21 may 2019
Palestinian killed in hit-and-run by Jewish settler

A Palestinian citizen died on Tuesday morning after a Jewish settler driving at a high speed deliberately ran him over on a road near Kafr Laqif village, east of Qalqilya in the occupied West Bank.

According to local sources, a citizen called Hasan Burhom died after he was hit intentionally by a settler’s car on a road near the village, particularly at the junction of the illegal settlement of Karnei Shomron.

The victim was crossing the road when a settler accelerated his car and ran over him. The settler fled the scene.
Palestinian Dies From Wounds Suffered In April Of 2018

A young Palestinian man died, on Tuesday morning, from complications resulting to wounds he suffered in April of the year 2018, after Israeli soldiers shot him during the Great Return March processions in the Gaza Strip.

His family said their son, Mohammad Abdul-Jawad Zo’rob, 30, from Rafah in the southern part of the Gaza Strip, was shot by Israeli army fire on April 27th, 2018.

They added that he suffered various complications since then, and developed tumors that eventually led to his death, especially amidst the lack of medical supplies in the besieged and impoverished Gaza Strip.

He was shot with an expanding bullet, and underwent several surgeries, but also suffered several infections in the wound area, leading to cancer.

Israeli soldiers have killed 307 Palestinians, including medics and journalists, and injured more than 29000, since the Great Return March procession started in the Gaza Strip, on Palestinian land Day, March 30th, 2018.
10 may 2019
Army Kills One Palestinian, Injured 30 Palestinians, Including 4 Children And One Medic, In Gaza

Israeli soldiers attacked, Friday, the weekly Great Return March processions on Palestinian lands along the eastern areas of the Gaza Strip, killing one Palestinian and wounding 30, including four children, and one medic who was shot in the head.

The Palestinian Health Ministry in Gaza has confirmed that the soldiers killed Abdullah Jom’a Abdul-‘Al, 24, east of Rafah, in the southern part of the Gaza Strip.

It added that the soldiers also injured thirty Palestinians, including four children, and a volunteer medic, who suffered a head injury while providing treatment to wounded Palestinians.

The medic, identified as Mohammad Abu T’eima,  was shot as he, and several other medics were providing treatment to wounded protesters, who were shot by the soldiers on Palestinian lands, east of Khan Younis, in the southern part of the coastal region.