As usual, Palestinian martyrs refuse to leave before fighting their own battles. They work in silence all their lives and let their actions behind to speak for them when they leave.

Basel al-Araj, the founder of the ideas of "inherent resistance" and “disappearance”, was described as "theorist" and "deep thinker" who always wrote about "the individual battles" as a substitute for the absent mass uprisings.

The Palestinian pharmacist read about the armed popular resistance in the Galilee and the Triangle Area during the British Mandate in Palestine. He realized that the "guerrilla warfare" is the best tactic to exhaust the contemporary occupier.

On the popular level, Araj joined the mass demonstrations supporting the boycott of Israel including the protest organized against the visit of the former Israeli war minister Shaul Mofaz to the Palestinian Authority (PA) in 2012. Basel was beaten and injured by the PA security forces.

Basel, the brave, as his name mean in Arabic, was called by the Israeli Security Agency (Shin Bet) "the leader of the armed wing of the youth movement". He managed to disappear for a long time, applying his own idea, and refused to hand himself over despite the fact that his family house was raided by the Israeli occupation forces (IOF) dozens of times in search for him.

Araj studied pharmacy at one of the most prestigious Egyptian universities. He could have been one of the best Palestinian academics, but the mentality he had made him in a constant search for a cure for the Palestinian situation.

The Palestinian young man, who fought a long battle with political arrests while being chased by the Israeli occupation at the same time, succeeded finally in passing a lesson of life and freedom to his people.

Araj lived in al-Walaja village in Bethlehem province, one of the most hot spots which embraces popular resistance in the West Bank, and was one of the main activists there against the wall, the settlement and the confiscation of lands.

Araj is known for his interest in all details related to the Palestinian resistance. He participated in preparing a study on the characteristics of the martyrs who had carried out car-ramming and stabbing attacks during the past two years. When Basel was asked about the martyrs of his study he said, "They have lived in me. Words cannot describe them."

The Palestinian activist worked in a project documenting the most important stages of the Palestinian revolution since the thirties of the last century against the British Mandate to the Israeli occupation by organizing field trips with youth groups to introduce these stages to them on the ground.

Among the most important topics that Araj has blogged about was the guerrilla warfare tactic, which he described as "brigandage based on a political project", in addition to the 1936 revolution, the Iraqi army battalion which fought in Palestine in 1948, the rural area of Jenin city as a resistance model in both the past and the present, as well as the modern resistance operations of 2002 in Wad al-Nasara in al-Khalil city.

A friend of Basel said, "It is true they managed to assassinate the initiator of the youth movement who did not belong to any faction, yet his spirit is still with us. Bodies fade away but ideas remain."

The disappearance of the six youths

On 31st March 2016, six Palestinian youths, including Basel al-Araj, disappeared in the city of Ramallah for a number of days in mysterious circumstances before they were arrested by the PA's Intelligence amid intensive search operations conducted by the IOF.

The PA's security forces arrested the six youths in Ramallah mountains. They were later accused by Israel of planning to carry out a joint operation against an Israeli settlement.

Araj was transferred along with his companions to the PA's Jericho prison where he was charged with planning for an armed attack. Protesting these charges, he and the other five youths went on hunger strike until they were able to get a court ruling stipulating their release.

The youths were released following a long hunger strike and a six-month detention. However, Basel remained chased by the IOF. On Monday, the IOF raided the house where he was hiding in Qaddura refugee camp in Ramallah. Araj refused to surrender. He started an armed clash to the last bullet and fell martyr after two hours of direct confrontation with the IOF.
Palestinian youth fatally gunned down by Israeli army at his home

A Palestinian youth was fatally gunned down by the Israeli occupation forces (IOF) at daybreak Monday at his family home in the central West Bank province of Ramallah.

According to the Hebrew-speaking 0404 news site, soldiers of an Israeli special unit shot and killed a Palestinian youth after they broke into his family home in Ramallah, adding that the Palestinian fired at the soldiers but none was injured.

Israeli daily Yediot Ahronot identified the casualty as Basil al-A’raj, a native of Bethlehem’s western town of al-Walaja, who was wanted for the Israeli intelligent for months.

Meanwhile, Quds Press said sounds of gunfire exchange were detected in the area shortly after an undercover Israeli unit stormed a Palestinian home in Ramallah. Blood stains and ammunition leftovers were spotted throughout the house.

Local sources said the casualty’s body is most probably withheld by the Israeli occupation army.

Several other injuries were reported among the Palestinians in the assault.

A colonialist Israeli settler shot and killed, Wednesday, a young Palestinian man, allegedly after he attacked him with a knife and stabbed him, in Teneh Omarim illegal colony, built on private Palestinian land, south of Hebron, in the southern part of the occupied West Bank.

The Israeli army said its soldiers rushed to the scene and initiated an investigation into the incident. The Palestinian was later identified as Sa’adi Mahmoud Ali Qaisiyya, 25, from ath-Thaheriyya town, south of Hebron.

Several Israeli ambulances were seen rushing to the colony, amidst extensive deployment of soldiers, and many armed colonists, while a military helicopter flew overhead.

Israeli sources said the settler was attacked and mildly injured in his home, before “he drew his weapon and shot the Palestinian.”

The sources added that the wounded Israeli, 33 years of age, suffered mild injuries to his limbs, and received treatment by Israeli medics.

It added that the Palestinian entered the farm before the settler heard noises outside his property, and reportedly “saw a man carrying two knives, then the settler ran towards his home to grab his weapon, while the Palestinian chased him, and stabbed him in front of his family.”

It added that the wounded settler then managed to shoot and kill the young Palestinian man. 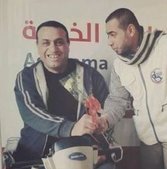 Palestinian man on Wednesday succumbed to wounds sustained during an Israeli airstrike in Rafah city in the southern Gaza Strip in 2003.

Local sources affirmed that Jamal Abu Ziyada, 30, died due to critical injuries he sustained during Israeli airstrikes over Gaza.

Abu Ziyada had suffered paralysis as a result of the injury for long years before breathing his last this morning.
28 feb 2017
Palestinian youth dies after fall from height during Israeli manhunt

A Palestinian worker died after he fell from height in western Salfit, where the Israeli forces kept chasing him down.

20-year-old Rabi’ Najeh Salman died as he jumped off the separation fence near al-Zawiya village, in Salfit, where the Israeli soldiers chased him down on his way to 1948 Occupied Palestine.

Najeh fell from a height of 50 meters and died right on the spot. His body was handed over to a Red Crescent ambulance.
20 feb 2017
58-year-old Palestinian killed in Israeli car-ramming attack 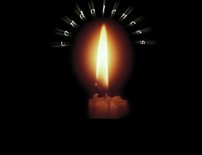 A 58-year-old Palestinian civilian was pronounced dead on Monday morning after he was hit by an Israeli car near Mudi’in settlement outpost, in Ramallah.

Member of Kherbatha al-Misbah village council, Malik Abu Khalil, said Palestinian citizen Husni Jaber Daraj, aged 58, was killed in a car-ramming-attack by an Israeli settler on his way to his workplace in 1948 Occupied Palestine (Israel).

The casualty was pronounced dead at daybreak, shortly after he passed through Road 443, leading to illegal Israeli settlement outposts.

The Israeli attacker fled the scene. At the same time, no Israeli cops showed up in the area to chase down the killer.

Several Palestinians were killed and others have had their limbs amputated in car-ramming attacks carried out by Israeli settlers residing across the occupied Palestinian territories.
17 feb 2017
Young Palestinian Man Dies From Wounds Suffered In 2005

The Palestinian Health Ministry in Gaza has reported, Thursday, that a young man died at an Egyptian hospital from serious wounds he suffered after Israeli soldiers shot him in 2005, near Khan Younis, in the southern part of the coastal region.

The Ministry said Samed Fahmi Abu Shanab, 29, suffered various injuries, including paralysis, after the soldiers shot him in the spine, and suffered numerous complications afterwards, eventually leading to a kidney failure.

It added that Abu Shanab was eventually moved to an Egyptian hospital for treatment, where he was awaiting a Kidney transplant surgery, but died from serious complications.

Media sources in Gaza said Abu Shanab was shot near a former Israeli colony, prior to the Israeli military withdrawal and evacuation of settlements in the Gaza Strip.
Page:  6 - 5 - 4 - 3 - 2 - 1
Powered by