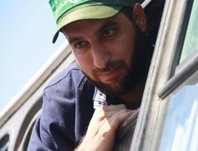 Thousands of people have attended on Saturday afternoon the funeral ceremony of the al-Qassam commander Mazen Fuqaha who was assassinated Friday evening.

Dozens of al-Qassam’s freedom fighters also attended the funeral which started from Shifa Medical Complex in Gaza City and headed to al-Umari Grand Mosque before ending at Sheikh Radwan cemetery.

During the funeral ceremony, member of Hamas’s political bureau Khalil al-Hayya held the Israeli occupation fully responsible for the assassination of Mazen Fuqaha.

Al-Qassam Brigades would retaliate "at the suitable time and in the proper way," he said.

Israel would well realize that its assassination policy is stupid and crazy and would never succeed to liquidate the Palestinian cause, he added.

"Our confrontation with the Israeli occupation will continue regardless of the sacrifices," according to his statements, hailing the great sacrifices made by Fuqaha’s family.

"We will continue our resistance path till the release of all Palestinian prisoners and lands," he vowed.

He concluded by stressing that Fuqaha’s blood is "the fuel for victory and liberation."

The spokesman of the Interior Ministry in Gaza, Iyad al-Bezem, told the PIC reporter that policemen found the body of Fuqaha with four bullets in his head. An inquiry has been opened into the incident, he pointed out.

Mazen Fuqaha, from Tubas city in the West Bank, is a member of al-Qassam Brigades, the armed wing of Hamas Movement. He is an ex-detainee who was released in Wafaa al-Ahrar swap deal in 2011 between Hamas and Israel on condition he would be deported to Gaza.

Israeli occupation forces arrested Fuqaha over his responsibility for the Safad anti-occupation attack which led to the death of nine Israelis. It was carried out in revenge for the Israeli assassination of Hamas leader in Gaza Sheikh Salah Shehadeh.

Israel will pay heavy price over this cowardly assassination, he warned.

“Israel’s Mossad is clearly behind the al-Qassam Brigades leader’s assassination,” he added.

Al-Qassam Brigades will turn everything on the head of the Israelis and attack them unexpectedly," according to his statements.

Masri stressed that the response to the crime will not be like any other.

The Hamas Movement and its armed wing, al-Qassam Brigades, in the Gaza Strip have held the Israeli occupation state and its collaborators fully responsible for the assassination of Mazen Fuqaha, one of its military commanders.

In a press release on Friday evening, Hamas mourned the death of Fuqaha, describing him one of the heroes of al-Qassam Brigades in the West Bank and one of the Palestinian prisoners who were released as part of the 2011 swap deal.

Hamas noted that martyr Fuqaha was killed on Friday evening by unknown assassins outside his home in Tel al-Hawa neighborhood, southeast of Gaza City.

“The occupation knows that the blood of resistance fighters does not go in vain, and the Hamas Movement knows how to respond to such crimes,” its statement said.

Earlier, a spokesman for the interior ministry in Gaza told the Palestinian Information Center (PIC) that the police had found the body of Fuqaha with four bullets in his head and launched an investigation into the incident.

For its part, al-Qassam Brigades of Hamas mourned Fuqaha on its website, and held Israel responsible for his assassination.

Fuqaha was originally from Tubas in the West Bank, northeast of Nablus.

Fuqaha was serving 6 life sentences in Israeli prison for his involvement in a 2002 attack in Safad in northern 1948 Occupied Palestine that killed six Israelis in response to the assassination of Sheikh Salah Shehada, a founding leader of Hamas's armed wing. He was deported to Gaza following his release in the prisoner exchange deal in 2011.

Qassam Brigades vows to respond to Israel’s murder of Fuqaha

Al-Qassam Brigades, the armed wing of Hamas, has accused the Israeli occupation state of assassinating Mazen Fuqaha, one of its senior commanders, vowing to respond proportionately to the Israeli crime.

“We say it clearly, the crime was plotted and committed by the Zionist enemy, and it is responsible for its consequences,” the Brigades stated in a press release on Saturday.

It vowed that the Israeli occupation would pay dearly for its crime. “It is an oath we take before God first and then before our nation and people that the enemy will pay a price for its crime proportionally to the size of its assassination of our martyr and commander Abu Mohamed (Fuqaha).”

“Those who play with fire will burn themselves,” the Brigades warned.

“His martyrdom has come after a long journey of struggle, arrest and giving, during which he tired the enemy and dealt deadly blows to it in the heart of occupied Palestine,” it said, mourning his death.

The leader in the Popular Front for the Liberation of Palestine (PFLP) Zulfiqar Sawirjo called Saturday morning on Palestinian resistance factions to start a national dialogue over the assassination of al-Qassam commander Mazen Fuqaha.

Speaking to the PIC reporter, Sawirjo said that the current situation in Gaza Strip needs a firm position, calling for responding rationally to the crime.

He also stressed the Palestinian resistance’s right to respond to Israeli crimes inside or outside Gaza Strip.

Fuqaha’s assassination was an attempt by Israeli Prime Minister Benjamin Netanyahu to evade his responsibility in Israel’s Gaza war failure, he added.

Only Palestinian resistance has the right to choose the appropriate time and place of its response, Sawirjo concluded.

The Hamas Movement and its armed wing, al-Qassam Brigades, in the Gaza Strip have held the Israeli occupation state and its collaborators fully responsible for his assassination.
24 mar 2017
Army Kills One Teen, Injures Three Others, Near Ramallah

Israeli soldiers killed, on Thursday evening, a Palestinian teen, 17 years of age, and seriously wounded three others, after opening fire at their car near the al-Jalazoun refugee camp, north of Ramallah, in central West Bank.

Palestinian medical sources in Ramallah said the slain teen, Mohammad Mahmoud Hattab, 17, his parent’s only child, was shot with live rounds in his chest and shoulder, and was rushed to a hospital where he died from his serious wounds.

Eyewitnesses said the shots were fired by Israeli soldiers on a tower, one of many surrounding Beit El colony, where the “Civil Administration” which runs the military occupation of the Palestinian territory, is located.

The Israeli army claimed that the soldiers opened fire at a Palestinian car, after the passengers hurled Molotov cocktails on the military tower.

Following the teen’s death, and the serious injuries of the three others, clashes took place between many local youngsters, who hurled stones and Molotov cocktails at the soldiers who fired live rounds, gas bombs, concussion grenades and rubber-coated steel bullets.
22 mar 2017
18-year-old youth killed, 2 wounded in Israeli onslaught on Gaza 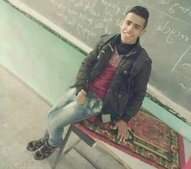 A Palestinian youth was killed and two others were left wounded at dawn Wednesday in an Israeli onslaught on the blockaded Gaza Strip.

A PIC news correspondent said the Israeli occupation army targeted Palestinian youth in eastern Rafah province, south of Gaza Strip, with artillery shells. A Palestinian young man was killed right on the spot, two others sustained wounds, and the rest of the group survived the attack.

In a Facebook statement, al-Qudra identified the victim as 15-year-old Youssef Sha’ban Abu Adhara, a resident of Rafah city.

According to human rights sources, 15 Israeli artillery shells slammed into Rafah’s eastern town of al-Shawka while drones kept hovering over the territory.

The Israeli army claimed the offensive was carried out against a group of Palestinians who attempted to creep into 1948 Occupied Palestine (Green Line).

Hebrew daily Yedioth Ahronoth said on Sunday that an Israeli drone strike had killed Yasser al-Sayyid after targeting his vehicle in Quneitra area in the Syrian Golan Heights on Sunday evening. 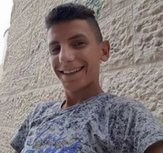 A 16-year-old Palestinian minor was shot and killed while another Palestinian boy was seriously injured, after Israeli occupation forces opened fire at both of them at the entrance of Aroub refugee camp, north of al-Khalil, on Friday evening.

The Palestinian Health Ministry confirmed that 16-year-old Murad Abu Ghazi succumbed to a critical gunshot wound in his chest, while his friend was seriously injured in his neck.

Local sources told a PIC reporter that IOF soldiers had opened fire at a group of Palestinian youths after the teens allegedly attempted to throw Molotov cocktails at them.

A 16-year-old Palestinian was shot and killed and another Palestinian teen was moderately-to-seriously injured, after Israeli forces opened fire at a group of Palestinian youth in al-Arrub refugee camp in the southern occupied West Bank district of Hebron on Friday evening.

The Palestinian Ministry of Health confirmed at around 9:30 p.m. that 16-year-old Murad Yusif Abu Ghazi succumbed to a critical gunshot wound in his chest, after he was evacuated to the intensive care unit at Hebron's Al-Ahli Hospital.

Doctors at the hospital told Ma’an that another Palestinian, identified as 17-year-old Saif Salim Rushdi, was brought to the ICU after he was also shot in the chest by Israeli forces in the camp, describing his condition as moderate to serious.

An Israeli army spokesperson claimed that the incident came after "firebombs were hurled at passing vehicles on a road near the village of al-Arrub. In response to the immediate threat, forces fired toward suspects."

The spokesperson only confirmed to Ma'an that "hits were made," but did acknowledge the death of Abu Ghazi or the injury of Rushdi, and said investigations were still underway.

Abu Ghazi was the 13th Palestinian to be killed by Israeli forces since the beginning of 2017.

His death also marked the second time this year that Israeli forces fatally shot a Palestinian minor, who the Israeli army also claimed was throwing Molotov cocktails -- a claim that has been widely rejected by video evidence and investigations undertaken by rights groups.

In January, Israeli forces shot 17-year-old Qusay Hassan al-Umour in the chest with live fire at least three times, in what was branded by rights groups as an unlawful and unjustified killing.

The Israeli army had claimed al-Umour was the "main instigator" among "hundreds" of Palestinian youth throwing stones and Molotov cocktails at Israeli border police.

However, Israeli NGO B'tselem released a report saying the Israeli army's version of events “has no basis in reality,” pointing out that not only were no Molotov cocktails thrown prior to the shooting of al-Umour, but that the clashes -- which involved only a dozen youths -- had significantly calmed in the moments before the teen was killed.

The group's investigation further revealed that al-Umour and his friends were at a distance of 80 to 100 meters from the security forces when he was killed, and thus could not have constituted a dancer to Israeli forces.

Palestinian legal NGO BADIL also concluded that “whether he was throwing stones at the soldiers or not, al-Umour could not have presented a lethal threat to the well-protected Israeli border police from a distance of around 100 meters, and the use of live ammunition against him was therefore unjustified.”

In dozens of cases, Israel’s version of events has been disputed by witnesses, activists, and rights groups who have denounced what they have termed a "shoot-to-kill" policy against Palestinians who did not constitute a threat at the time of their death, or who could have been subdued in a non-lethal manner -- amid a backdrop of impunity for Israelis who committed the killings.

Though the Israeli army and military police opened an official investigation into al-Umour’s death, the precedent set by cases such as that of 15-year-old Khalid Bahr, who was shot dead by Israeli forces in October for allegedly throwing rocks at soldiers during a raid in a Hebron-area village, casts doubts on the likelihood of real accountability.

One sustained medium level wounds, the other light, she added.

However, the Palestinian Health Minister didn’t confirm the young man’s martyrdom yet.