Israeli forces have shot and killed a Palestinian teenager, whom they alleged to have carried out a shooting attack in the central part of the occupied West Bank at the weekend, which killed an Israeli soldier as well as a rabbi and severely injured a settler.

Israeli media outlets reported that 19-year-old Omar Amin Abu Lila was shot dead during a shootout in the village of Abwein, located about 37 kilometers north of Ramallah, late on Tuesday night after Israeli special units surrounded the house he was in.

The development came a day after Israeli army and Shin Bet security service arrested relatives of Abu Lila, a resident of the village of Az-Zawiya, and mapped the family's house in preparation of a possible demolition. Dozens of young Palestinians clashed with Israeli forces in response, with local reports saying several were wounded as Israeli troops opened fire at the protesters.

In another attack, two young Palestinian men were shot dead by Israeli soldiers near Joseph's Tomb on the outskirts of the occupied West Bank city of Nablus.

Witnesses told Palestinian Safa news agency that an Israeli a military bulldozer hit a car, which was carrying the Palestinians, and then Israeli soldiers engaged them with direct fire. Israeli forces reportedly prevented Palestinian paramedics and ambulances from reaching the area.

The two young Palestinian men were later identified as 21-year-old Raed Hashim Hamdan and Zaid Anad Mohammed Nuri, 20.
Jordan condemned the court ruling, with its Foreign Ministry saying that Israel would bear “full responsibility for the dangerous consequences” of the decision.

Prayer area of the al-Rahma Gate was closed on February 25 upon an order by Israeli Prime Minister Benjamin Netanyahu, and reopened the following day.

Israel had closed the gate that leads to the prayer space in al-Aqsa Mosque since 2003 in the face of the Second Intifada (uprising) against the regime’s occupation.

On February 22, however, the Waqf Council, which oversees the holy sites at the al-Aqsa Mosque compound, decided to re-open the prayer space at the Bab al-Rahma Gate in defiance of Israel’s 16-year-old ban. Hundreds of worshipers, led by the Grand Mufti of Jerusalem al-Quds, Sheikh Muhammad Hussein, entered the area for the first time since 2003 for Friday prayers.

Angered by the move, the Tel Aviv regime launched an arrest campaign against Palestinians. The arrests drew criticisms from Palestinians and Jordan.

The Islamic Waqf organization and Palestinian institutions have insisted on keeping the Bab al-Rahma prayer area open for Muslim worship.

Palestinians have repeatedly warned of Israeli attempts to change the status quo of the al-Aqsa compound, the third holiest site in Islam.

Meanwhile, Israeli military aircraft have carried out new airstrikes against the besieged Gaza Strip, bombarding the northern and southern sectors of the enclave.

Israeli media said the aircraft struck several targets belonging to the Hamas resistance movement on Tuesday evening. There were no immediate reports of casualties.

The Israeli military claimed the strikes were carried out in response to the renewed launching of incendiary balloons from the Gaza Strip into occupied territory.

Palestinians have held weekly protests on the Gaza border, over the siege on the enclave and the right for refugees to return to their homes they fled during the 1948 creation of Israel.

The Gaza clashes reached their peak on May 14 last year, on the eve of the 70th anniversary of Nakba Day (Day of Catastrophe), which coincided this year with the US embassy relocation from Tel Aviv to occupied East Jerusalem al-Quds.

On June 13, 2018, the United Nations General Assembly adopted a resolution, sponsored by Turkey and Algeria, condemning Israel for civilian deaths in the Gaza Strip.

The resolution, which had been put forward on behalf of Arab and Muslim countries, garnered a strong majority of 120 votes in the 193-member assembly, with 8 votes against and 45 abstentions.

The resolution called on UN Secretary General Antonio Guterres to make proposals within 60 days “on ways and means for ensuring the safety, protection, and well-being of the Palestinian civilian population under Israeli occupation,” including “recommendations regarding an international protection mechanism.”

It also called for “immediate steps towards ending the closure and the restrictions imposed by Israel on movement and access into and out of the Gaza Strip.”

The Israeli occupation forces at midnight killed two Palestinian youths during a raid on the West Bank city of Nablus.

Local sources said that the Israeli forces executed two Palestinian youths inside a car near Joseph's Tomb area for no apparent reason.

The Israeli forces further opened fire at the ambulances that rushed to the scene to evacuate the youths, leaving them to bleed to death, they added.

The Palestinian Ministry of Health announced that the martyrs are Raed Hamdan, 21, and Zeid Nouri, 20.

Before the shooting, the Israeli occupation forces stormed Joseph's Tomb area in large numbers, climbed the rooftops of the surrounding Palestinian homes, and deployed in the streets to clear way for a settler break in into the site.

Violent clashes erupted in the area during which a Palestinian citizen was injured by Israeli gunfire and transferred to a local hospital for treatment.

The murder of Hamdan and Nouri came only a few hours after the Israeli army assassinated Omar Abu Laila, the Palestinian accused of killing two Israelis in Ariel attack, in Ramallah.
12 mar 2019
Palestinian killed, others wounded in violent IOF raid on Salfit

The Palestinian health ministry affirmed that 23-year-old Mohamed Shahin was shot dead by an Israeli soldier during skirmishes with the IOF in Salfit.

local sources told a reporter for the Palestinian Information Center (PIC) that Shahin suffered a bullet injury in the heart after Israeli troops stormed, amid intensive gunfire, the streets of al-Medina al-Munawara and al-Quds in central Salfit.

For its part, the Red Crescent said its ambulance crews provided medical assistance for 40 Palestinians who were injured by rubber bullets or suffered from their exposure to tear gas fumes during the events.

The IOF also prevented citizens from leaving their places during the events and confiscated security camera recordings from many commercial stores in the raided areas.
Israeli Soldiers Kill A Palestinian In Hebron

Israeli soldiers killed, Tuesday, a Palestinian from Hebron, in the southern part of the occupied West Bank, reportedly after he attempted to stab them.

Palestinian sources have confirmed that the slain man as distributing notices from the Sharia Court in the city, when the soldiers shot him.

The Palestinian Red Crescent Society (PRCS) said the soldiers shot and seriously injured Yasser Fawzi Shweiki, 27, and prevented its medics from approaching him.

Eyewitnesses said the Palestinian was left bleeding on the ground, after the soldiers shot him in the chest, and later dragged his corpse into the nearby Rajabi building.

His father, Fawzi Shweiki, said that he heard the gunshots, but did not know that it was his son, who works for the local Sharia court and was distributing notices, was the victim.

Israeli sources claimed that the soldiers shot the Palestinian after he attempted to stab them with a knife.
Palestinian shot at Gaza border protest dies of injury

A Palestinian young man on Monday night succumbed to a serious injury sustained during his participation in a March of Return rally on the Gaza border.

23-year-old Mousa Mousa, from Deir el-Balah in central Gaza, was injured in a protest near the border on March 1, according to the health ministry.

Mousa was the second Palestinian who died of wounds from Israeli gunfire in recent days.

His death has brought the number of Palestinians killed by Israeli soldiers since the March of Return rallies staged in March 30, 2018 to 271 martyrs.
11 mar 2019
Gazan young man dies of injury sustained last month

A Palestinian young man was pronounced dead at dawn Monday after he succumbed to an injury he sustained during his participation in a March of Return rally staged last Monday in the east of Khan Younis, south of Gaza.

According to the health ministry in Gaza, 22-year-old Bassam Safi died of a serious injury after an Israeli tear gas canister directly hit his head last February.

With the death of Safi, the number of Palestinian protesters who had been killed by Israeli soldiers since the March of Return rallies started in March 30, 2018 rose to 270 martyrs.
10 mar 2019
IOF kills Palestinian young man near Jericho 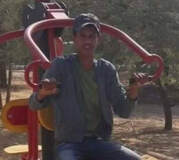 The Israeli occupation forces (IOF) at dawn Sunday cold-bloodedly killed a Palestinian young man on a road near Jericho, east of the West Bank.

Israeli police forces opened fire at a Palestinian car as it was trying to breach a road barrier and killed its young driver, according to the Hebrew website 0404.

There is still no information about the identity of the slain young man.

Israeli forces already carried out dozens of similar extrajudicial killings against Palestinians at West Bank checkpoints or crossings at the pretext of neutralizing attacks.

Israeli soldiers killed, on Sunday at dawn, a young Palestinian man, driving through a military block on Road #90 in the Jordan Valley area, near Jericho in the occupied West Bank.

Media sources said army informed the Palestinian District Coordination Office that the young man, Salama Salah Ka’abna, 22, was shot dead while bypassing a vehicle which was stopped by the soldiers, who were inspecting it.

According to Israeli sources, the soldiers were in the process of inspecting a Palestinian vehicle at the roadblock, but another speeding vehicle “drove behind it and rushed towards soldiers who ordered him the driver to stop.”

The army claims that the Palestinian driver did not heed to the soldiers’ orders to stop, before they opened fire at him a car, seriously wounding him, but he died from his wounds shortly afterwards.

In addition, the army said two other Palestinians were in the car, but managed to escape, and added that an inspection of the car showed that it was stolen.

The slain Palestinian was from Fasayel area in the Al-Auja village near Jericho.
8 mar 2019
Palestinian killed, 47 injured on Gaza border

A Palestinian was killed and 47 others were injured on Friday when the Israeli occupation forces opened fire at the peaceful protesters taking part in the Great March of Return in Gaza.

The Ministry of Health announced that Tamer Arafat, 23, died after being shot by the Israeli forces east of Rafah city in the southern Gaza Strip.

The Ministry said that 47 Palestinians were injured, including two women, 15 children, 4 paramedics, and 2 journalists.

Thousands of Palestinians marched along the border fence between the Gaza Strip and the 1948 occupied territories on the 50th Friday of the Great March of Return which was named "Friday of the Palestinian Woman".

The Higher National Committee of the Great March of Return and Breaking the Siege said that Friday's protests, which coincided with Women's International Day, were aimed at celebrating Palestinian women and their steadfastness.

Hamas's spokesman Abdul-Latif al-Qanou' said in press statements that the Palestinian women were and still are the Palestinian men's partners in the fight for freedom and independence.