Pictures            Names of all 296 dead Intifada
20 may 2017
Child Dies From Wounds Suffered When Israeli Soldiers Shot Her Two Months Ago
Fatima was shot on March 15, 2017, after Israeli soldiers claimed she “tried to ram them with her car,” near Etzion colony block, south of Bethlehem.

The child, from Beit Fajjar town, south of Bethlehem, had no driver’s license and was not experienced in driving a car. She was shot after her car came to the complete halt.

Eyewitnesses said the child panicked after seeing the soldiers at the intersection, and lost control of her car, causing her to cross the median before striking metal bars protecting a bus stop in the opposite direction before the soldiers started firing at her. The army claimed that the incident was not an accident, but “a deliberate attack.”

Tareq Rishmawi, a spokesperson for the Palestinian government in the West Bank, described the fatal shooting of the child as a direct outcome of Israel’s illegal policies and ongoing violations.

Rishmawi called on the International Community, and human rights groups around the world, to intervene and stop the ongoing Israeli crimes against the Palestinian people, and added that the silence, and idleness, of the world, encourages Israel to commit more crimes.
18 may 2017
UN condemns the murder of Bani Shamseh, calls for investigation

The United Nations (UN) condemned the murder of the Palestinian young man Mu’taz Bani Shamsa, 23, and the injury of the AP cameraman Majdi Eshtaiyeh in a shooting attack carried out on Thursday by a Jewish settler near Nablus city.

In a press statement on Thursday, the United Nations Special Coordinator for the Middle East, Nickolay Mladenov, called for conducting quick comprehensive investigations and bringing the suspects to account.
Palestinian youth killed, another injured in settler shooting attack 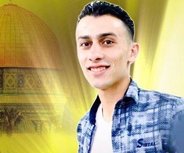 A Palestinian young man was killed and a journalist was injured in a shooting attack carried out on Thursday by a Jewish settler.

The attack took place during clashes that erupted in a solidarity march with the hunger striking prisoners in Israeli jails on Huwara street south of Nablus city.

Palestinian Health Ministry identified the martyr as Mutaz Bani Shamseh, 23, from Beita town east of Nablus. The wounded journalist was also identified as Majdi Eshtaiyeh, an AP cameraman. He was shot in the hand while covering the event.

Eyewitnesses told the PIC reporter that a Jewish settler approached the marchers, opened his gunfire directly at the young man and shot him in the head. He shortly died after the shooting, they said.
15 may 2017
Palestinian fisherman dies of serious wounds

Zakariya Bakir, the head of fishermen committees in the union of agricultural producers, said that Mohammed, who was hit with a bullet in the chest, was transferred to an Israeli hospital but died during treatment.

Nizar Ayyash, the head of the Palestinian Fishermen Syndicate, had told the PIC that Israeli navy forces arrested a fisherman after has was seriously injured off the coast of al-Sudaniyya area in the northern Gaza Strip.

Ayyash said that the navy forces arrested two fishermen along with the injured one on Monday morning while 3 others were arrested on Sunday evening in the same area.

Medical sources in Gaza have confirmed that a Palestinian fisherman died, on Monday evening, from wounds he suffered during morning hours, after Israeli navy ships opened fire on fishing boats less than four nautical miles from the Gaza shore.

The fisherman, Mohammad Majed Bakr, 25, was seriously injured after the navy fired many live rounds at the fishing boats, and was later moved to Barzelai Israeli Medical Center, where he died from his wounds.

His corpse was later transferred back to the besieged Gaza Strip, where hundreds of Palestinians marched in his funeral ceremony and burial.

Mohammad, from Gaza, was a married father of two children.

After the navy attacked Palestinian fishing boats, close to the Sudaniyya Sea shoe in Gaza, the navy abducted Mohammad, along with Mohammad Abu Warda, 27, and his brothers Yousef, 22, and Hussein, 14.

The Palestinians were not informed that Mohammad was injured by the navy fire, until he died from his wounds.

During the navy attack, at least 60 fishing nets were destroyed; one fishing boat was confiscated, while four other fishermen were abducted in an earlier attack.

The Palestinian Center for Human Right (PCHR) said that Israeli gunboats opened fire at a fishing boat manned by four fishermen, wounding Mohammed with a bullet to the abdomen.

PCHR added that “on Sunday May 14, Israeli gunboats stationed off al-Wahah shore, west of Beit Lahia in the northern Gaza Strip, chased a fishing boat belonging to ‘Ashour Shamalakh, who was sailing within 3 nautical miles.

One of the Israeli gunboats then surrounded the fishing boat, which was manned by three fishermen, and the Israeli soldiers ordered the fishermen to stop fishing and arrested them. Those arrested fishermen were identified as Mohammed Sa’id Bakr, 17, Mohammed Tariq Baker, 22, and ‘Abdullah Sabri Baker, 19.

The gunboats then surrounded a fishing boat belonging to Amin Abu Warda, 49, sailing within 2 nautical miles, and manned by his three sons, Yousif, 27, Mohammed, 24, and Hussein, 13. All of them are from Jabalia.

The Israeli naval soldiers forced them to take off their clothes, jumped into the eater and swim towards the Israeli gunboat; the fishermen were then arrested while the boat was confiscated.”
14 may 2017
Jordan Holds Israel Responsible For The Death Of Its Citizen

The Jordanian Government denounced, Saturday, the death of a Jordanian citizen, in occupied Jerusalem, after he “carried out a stabbing attack targeting Israeli police officers.”

Dr. Mohammad Al Momani, Jordan’s Minister of State for Media Affairs, said that his country and its embassy in Tel Aviv, are following the developments closely, and want “a full and a credible investigation into the events the led to his death.”

He said that the Jordanian citizen, Mohammad Abdullah al-Kasji, 57, was killed in occupied East Jerusalem, therefore, Israel, as the country that illegally occupies the city, is responsible for any escalation.

It is worth mentioning that the Jordanian citizen entered the country after obtaining a tourist visa from the Israeli embassy, as part of a tourist group, but left the group later.
13 may 2017
Jordanian killed after stabbing policeman in O. Jerusalem (updated) 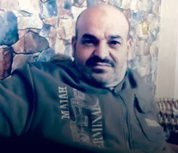 A Jordanian citizen was killed on Saturday afternoon in the Old City of Occupied Jerusalem after he stabbed and injured an Israeli policeman.

Eyewitnesses and media sources had earlier said that a Palestinian stabbed an Israeli policeman notorious for assaulting and harassing Palestinian women during their visit to the Aqsa Mosque.

However, Israeli police spokeswoman Luba Samri said that the attacker was a 57-year-old Jordanian citizen who arrived a week ago with a tourist visa.

Kasaji is the second Jordanian citizen to be killed by Israeli forces since the eruption of the Jerusalem Intifada in October 2015. The first was Sa’eed al-Amr, who was killed at one of the gates of the Aqsa Mosque in September 2016.

The Israeli police said the policeman was moderately wounded and transferred to Shaare Zedek hospital in Jerusalem.

A Palestinian citizen was killed on Saturday afternoon in the Old City of Occupied Jerusalem after he stabbed and injured an Israeli policeman.

Eyewitnesses and media sources said that a Palestinian stabbed an Israeli policeman notorious for assaulting and harassing Palestinian women during their visit to the Aqsa Mosque.

The identity of the Palestinian citizen is still unknown, while the Israeli police said the policeman was moderately wounded and transferred to Shaare Zedek hospital in Jerusalem.
12 may 2017
IOF kills Palestinian youth, injures dozens while quelling marches

A 20-year-old Palestinian youth, Sabi Ubaid, was killed on Friday afternoon by Israeli Occupation Forces (IOF) in Nabi Saleh town northwest of Ramallah. Dozens of others were injured and suffered suffocation in clashes that erupted with IOF soldiers in different flashpoints in the West Bank.

The Palestinian Ministry of Health said that the martyr was shot in the chest with a live bullet that pierced his heart. The attempts to save his life had failed, the ministry added.

The clashes erupted due to popular anger after Palestinian prisoners in Israeli jails had entered day 26 of their open-ended hunger strike. The clashes broke out in the vicinity of Ofer jail in Ramallah and in each of Beita and Beit Forik towns south and east of Nablus respectively.

Palestinian families also performed Friday prayer near the solidarity tent which has been held in Qalqilya downtown for the fourth week in a row.

Jenin city along with Yabad and Silat al-Thahr towns witnessed many solidarity sit-ins and events organized by Islamic and national factions as well as pro-Palestinian prisoners committees.

The people in Deir Istiya town north of Salfit also challenged IOF soldiers and performed the Friday prayer in the streets in protest at the closure of agricultural roads in the town. The IOF troops tried to prevent the solidarity event, but the inhabitants managed to continue the prayer while Israeli soldiers were besieging them.
Page:  10 - 9 - 8 - 7 - 6 - 5 - 4 - 3 - 2 - 1
Powered by