“The Great March of Return” 227 killed

Medical sources told PIC reporter that Ghanem Sharab, 44, was receiving treatment in the European Hospital where he succumbs to his wounds this morning.

Sharab was shot by an explosive bullet in his left leg as he was participating in the March of Return protests on 19 October.

Since the start of the Great March of Return on March 30, more than 230 Palestinians were killed including 40 children and 6 people of special needs.
4 nov 2018
Gazan succumbs to wounds sustained by Israeli live ammunition

A Palestinian succumbed to his wounds, on Sunday, that he had sustained earlier after he was shot and critically injured by Israeli live ammunition along the borders of the besieged Gaza Strip.

Medical sources at the Soroka Medical Center confirmed that the Palestinian died due to being shot and critically injured by Israeli forces.

The Israeli army issued a statement, on late Saturday, regarding the incident and said that the Palestinian was shot and injured after he allegedly crossed the security border fence with Israel.

The identity of the Palestinian remained unknown.
3 nov 2018
Palestinian child dies of injuries sustained in 2014 aggression

A Palestinian child died on Saturday morning of injuries he sustained during Israel’s aggression on Gaza Strip in 2014. video

Medical sources told PIC reporter that the child Mohamed Naser al-Rifi, 12, was receiving medical treatment in Al-Wafa Hospital for medical rehabilitation over the past four years before he breathed his last this morning.

In 2014, al-Rifi suffered serious injuries when an Israeli air raid targeted his family house. His father, brother and four of his cousins were killed during raid.

Palestinian medical sources have reported, Saturday, that a child died from serious wounds he suffered after the army fired a missile at his home, during the Israeli war in the Gaza Strip, in the summer of 2014.

The Al-Wafa’ Rehabilitation Hospital said the child Mohammad Nasr al-Reefy, 14, was seriously injured, on August 21, 2014, to several parts of his body, especially his spine, resulting in quadriplegia and various health complications.

The child was injured in mainly in his neck and head when the Israeli army fired a missile at the family’s farmland, in the Tuffah neighborhood, in Gaza city.

The Al-Mezan Center for Human Rights has reported that, on Thursday morning August 21st, 2014, an Israeli war jet filed a missile at a farmland owned by ar-Reefy family, near the an-Nafaq Street, north of Gaza city, killing five members of the family, including three children, and wounding four, including two children, identified as Maram ar-Reefi, and Ziad Tareq ar-Reefy, 9, who later died from his wounds.

The Al-Mezan Center for Human Rights said the soldiers killed at least 2218 Palestinians during the 51-day Israeli offensive on the coastal region, while dozens later died from their serious wounds. Around %72-84 of the slain Palestinians were civilians, including hundreds of children.

A 27-year-old Palestinian was shot and killed by Israeli forces, while dozens of others suffered from tear-gas inhalation, on Monday, during the 14th naval march at the northern borders of the besieged Gaza Strip.

A Ma’an reporter confirmed that Muhammad Abed Abu Ubada, 27, was killed by Israeli forces during the 14th naval march, which set off from the Gaza seaport, in protest against the nearly 12-year Israeli siege.

According to local reports, Abu Ubada was transferred to the al-Shifa Hospital in Gaza City, where he was declared dead. video

As a result, dozens of protesters suffered from tear-gas inhalation.

Israeli soldiers killed, Monday, one Palestinian and injured at least eighty others, including 15 who were shot with live fire, during a the 14th Naval Procession in Beit Lahia, in the northern part of the Gaza Strip.

The Health Ministry said the soldiers killed Mohammad Abdul-Hai Abu Abada, 27, from the al-Shati’ refugee camp, in northern Gaza, after shooting him with live fire.

He was rushed to the Shifa Medical Center in Gaza City, where he was declared dead due to his severe wounds.

It is worth mentioning that Mohammad was injured three times since the Great Return March processions started on March 30th.

Many Palestinian protesters burnt tires in an attempt to blur the vision of Israeli army sharpshooters, who were heavily deployed along the northern border of the besieged Gaza Strip.

The army fired dozens of live rounds, rubber-coated steel bullets, and high-velocity gas bombs at the protesters, causing dozens to suffer the effects of teargas inhalation.

The Health Ministry denounced the ongoing and excessive use of force by the army, and condemned the targeting of civilians and medics, in addition to calling on the international community to act and end the Israeli violations, especially against medical teams and volunteers.

It is worth mentioning that fifteen boats participated in the naval procession, while dozens of Palestinians protested at the shore, before the army started firing dozens of live rounds, in addition to gas bombs and rubber-coated steel bullets.

The Higher National Committee for the Return Processions and Breaking the Siege, said that the Palestinians will not bargain on their legitimate national rights, and reject the so-called Deal of the Century.

It added that “the world needs to understand that the Palestinian people will never trade their legitimate right for scraps of humanitarian aid and partial solutions, but are struggling to legitimate rights, not only to end the deadly siege on Gaza, but also for independence and liberation to live in dignity and liberty.
Updated: Israeli Army Kills Three Children In Gaza

The Palestinian Health Ministry has confirmed that Israeli soldiers fired a shell, on Sunday evening, at Palestinians, near the perimeter fence area, between Khan Younis and Deir al-Balah, in the Gaza Strip, killing three children.

It added that the three children, are from Wadi al-Salqa area, in Deir al-Balah governorate, in central Gaza.

Updated From:  The Palestinian Health Ministry has confirmed that Israeli soldiers fired a shell, late on Sunday evening, three children between the ages of 12 and 14,  near the perimeter fence area, between Khan Younis and Deir al-Balah, in the Gaza Strip.

Dr. Ashraf al-Qedra, the spokesperson of the Health Ministry in Gaza said medics of the Red Crescent initiated a search campaign on foot, to locate the three slain Palestinians, and added that the medics eventually located their mutilated remains.

Dr. al-Qedra called on the media, and the Palestinians on social media outlets, to wait until the three are officially identified and all notifications are made before publishing any information about them.

He added that after many ambulances, medics and medic volunteers arrived at the area to search for the remains of the slain Palestinians.

After locating them, the ambulances moved the mutilated remains to the Al-Aqsa Hospital, in Deir al-Balah, in central Gaza.

The Israeli army claimed that its soldiers “targeted Palestinians, who were attempting to place an explosive object near the border fence,” to targeted military vehicles driving there.

The  three Palestinian children were killed in Palestinian lands near the perimeter fence, and did not cross it.” video video video
28 oct 2018
Young man shot at Gaza protest succumbs to injury

Another Palestinian young man has died of a serious injury he sustained during his participation in a March of Return rally staged east of central Gaza last Friday.

According to the health ministry, 37-year-old Yehya Hasnat died after he succumbed to a head injury caused by Israeli gunfire.

His death has raised the number of Gazans who were killed recently by the Israeli occupation forces during Friday’s protests on the Gaza border to seven.

The Palestinian Health Ministry in Gaza has reported that a young man died, on Saturday at dawn, from serious wounds he suffered Friday, east of the al-Boreij refugee camp, in central Gaza.

It said that the Palestinian, identified as Mojahed Ziad Zaki Aqel, 23, died from his serious wounds at the Al-Aqsa Hospital in Deir al-Balah, in central Gaza.

He was shot, east of the al-Boreij refugee camp in central Gaza, during Friday’s Great Return March processions, in which the soldiers killed four Palestinians, and injured 232 others, including 180 who were shot with live fire.

The soldiers also shot eight paramedics while providing the needed medical aid to wounded Palestinians in protest areas, in addition to 51 children, eight women in the eastern parts of the coastal region.

On Friday evening, the soldiers invaded the al-Mazra’a al-Gharbiyya village, northwest of the central West Bank city of Ramallah, killed one Palestinian, identified as Othman Ahmad Ladadweh, 33, and injured dozens, including eight who were shot with live fire, while the soldiers also assaulted journalists, and shot one.
26 oct 2018
Israeli Soldiers Kill A Palestinian Near Ramallah

Israeli soldiers invaded, on Friday evening, the al-Mazra’a al-Gharbiyya village, northwest of the central West Bank city of Ramallah, killed one Palestinians and injured dozens, including eight who were shot with live fire, while the soldiers also assaulted journalists, and shot one.

Media sources in Ramallah said several army jeeps invaded the village, and attacked dozens of Palestinian protesters, who were holding a nonviolent procession against the Annexation Wall and colonies, leading to confrontations.

It stated that Ladadweh was shot with a live round in the upper thigh, but the bullet went through his spleen and liver, causing a very serious injury before he was rushed to the Istishari Hospital, where he succumbed to his wounds.

The soldiers also shot eight Palestinians with live fire, including one who suffered a serious gunshot wound in the head, and caused many others to suffer the effects of teargas inhalation.

Among the wounded is a journalist identified as Ahmad Shreiteh, who was shot with a live round in the thigh and suffered a moderate injury.

In addition, the soldiers fired gas bombs at media crews, and assaulted several journalists while trying to stop them from documenting the unfolding events.
Israeli soldiers kill more Palestinians in Gaza

There seems to be no cut to the streak of young Palestinians being killed by Israeli soldiers at the fence area separating the besieged Gaza Strip form the occupied territories.

Jabr Ibrahim Abu Hamisa, 25, was also killed in an incident east of al-Bureij refugee camp in central Gaza. The cause of the deadly event was not clear.

Tensions have been running high near the border fence since March 30, which marked the start of a series of protests dubbed “The Great March of Return.” Palestinian protesters demand the right to return for those driven out of their homeland.

The clashes in Gaza reached their peak on May 14, the eve of the 70th anniversary of Nakba Day, or the Day of Catastrophe, which coincided this year with Washington's relocation of the US embassy from Tel Aviv to occupied Jerusalem al-Quds.

More than 190 Palestinians have so far been killed and over 20,000 others wounded in the renewed Gaza clashes, according to the latest figures released by the Gaza Health Ministry.

Gaza has been under Israeli siege since June 2007, causing a decline in living standards as well as unprecedented unemployment and poverty.
Israel has also launched several wars on the Palestinian sliver, the last of which began in early July 2014 and ended in late August the same year. The Israeli military aggression killed nearly 2,200 Palestinians and injured over 11,100 others.

In the West Bank city of Ramallah, clashes were reported between the Palestinians and Israeli forces. 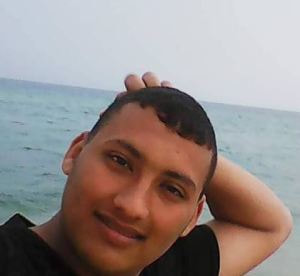 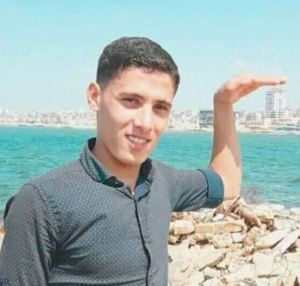 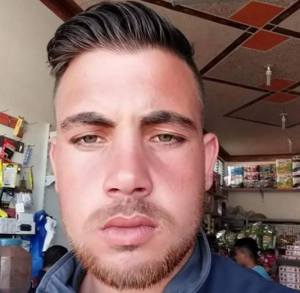 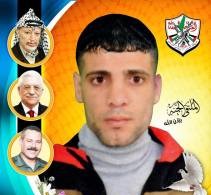 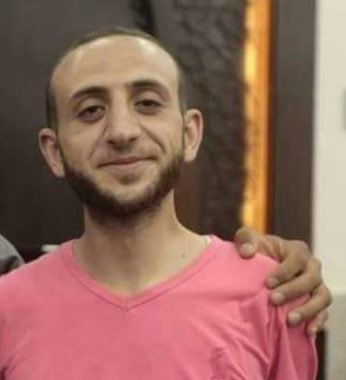 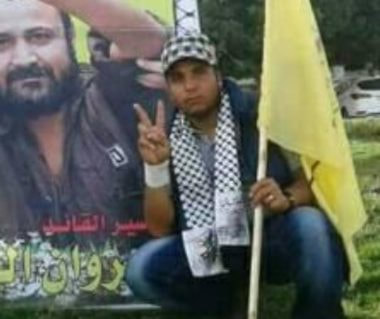