Hundreds of Palestinians in Bethlehem laid to rest the ex-prisoner Ziad Sh'eibat, 55, in his hometown Beit Sahour following Friday prayer.

According to the PIC reporter, Sheikh Ibrahim Doweib, who delivered Friday sermon, held Israel responsible for the death of Sh'eibat, explaining that the drugs given to Sh'eibat while he was in Israeli jails caused him cancer which later killed him.

The leader in the Islamic Jihad Movement, Sheikh Khader Adnan, said that Sh'eibat was one of the senior leaders of the Movement in Bethlehem.

Adnan affirmed that Sh'eibat told him that an Israeli intelligence officer threatened him before his release that he wouldn't be arrested again, pointing, indirectly, to his near execution.

Sh'eibat died on Thursday after months of fighting cancer. He was known for his anti-Oslo approach and as a result he served several months in the Palestinian Authority prisons and was later held for years in Israeli jails.
Palestinian ex-prisoner succumbs to disease caught in Israeli jail

Palestinian ex-prisoner Ziad Sh’eibat, from Bethlehem, was pronounced dead on Thursday evening as a result of medical neglect in Israeli detention.

The casualty succumbed to a cancer he caught shortly after he had been released from Israeli jails. Drugs prescribed by Israeli medics have reportedly caused the lethal tumor.

Sh’eibat underwent a surgery at a hospital in Occupied Jerusalem. However, afterwards, he had been denied urgent medical referrals to receive life-saving therapy.

Sh’eibat is a prominent Islamic Jihad leader in the southern occupied West Bank province of Bethlehem. He is also the imam of Beit Sahour’s Grand Mosque.

The casualty had been locked up for several years in the Israeli occupation jails, where his health status had seen a remarkable turn for the worse, before he breathed his last on Thursday.
26 sept 2017
Israeli Border Police Office, Two Armed Guards Killed; Alleged Attacker also Killed

Updated: In the Israeli settlement colony of Har Adar Tuesday morning, a gunman allegedly opened fire on a group of Israeli Border Police, and armed security guards,  killing three and wounding a fourth.

The attacker was then shot and killed by the remaining Israeli border guards at the entrance to the settlement colony.

The Palestinian was later identified as Nimir Mahmoud Jamal, 37, a father of four children, from Beit Surik village, northwest of Jerusalem.

Israeli Ynet News has reported that the three Israelis are members of the “Israeli  Security Forces.”

One of them, was also later identified as Staff Sergeant Solomon Gabrieh, 20, from Be’er Yaakov town.

According to Israeli sources, the gunman arrived with a group of Palestinian workers to the back entrance of the colony early in the morning.

When he was stopped by the Border Police, he pulled out a gun that he had hidden under his shirt and began firing, killing three.

The representative of the armed wing of the Hamas party, the al-Qassam Brigades, issued a statement in support of the attack, saying, “the attack in the Jerusalem area is a new chapter in the Al-Quds Intifada proving that all attempts to Judaize the city will not change the fact that Jerusalem is an Arab and Islamic city.”

It should be noted that the settlement colony of Har Adar is a Jewish-only colony constructed on land illegally seized from the Palestinian village of Beit Surik, where the alleged attacker was from.

In the news reports of the incident on several Israeli news sites, differing accounts were published in English and in Hebrew.

The killed were identified as ‘Israelis’ in the English version of the story, while in the Hebrew version, the headlines made clear they were armed guards.

Later, some agencies changed the identification of the slain Israelis, defining them as two security officers and a border policeman,.
3 sept 2017
Palestinian injured detainee succumbs to his wounds

Palestinian detainee Raed al-Salhi, 21, died on Sunday due to injuries he sustained after being shot by Israeli occupation forces (IOF) in August.

Prisoners and Ex-Prisoners Affairs Commission confirmed the death of Salhi in Hadassah Ein Kerem Hospital where he has been detained since his injury on 9th August.

Head of the Commission, Isa Qaraqe, said in a statement that IOF soldiers shot Salhi many times near the entrance to Doheisheh refugee camp in Bethlehem and that he was left bleeding for a long time before being transferred to the hospital while in a critical condition.

According to PIC reporter, Salhi was severely injured after the IOF raided his house and shot him from zero distance.

He reported that Salha, who was in a very serious health condition and who has been in a coma since the first moment of his detention, remained detained in the intensive care unit until he was pronounced dead today.

For his part, media spokesman of the Palestinian Prisoners Center for Studies, Riyad al-Ashqar, held the Israeli forces responsible for the death of Salhi, pointing to the deliberate medical negligence policy practiced against him.

He added that two other Palestinians, namely, Mohammed al-Jallad, 24, and Fatima Taqatqa, 16, died in 2017 after being shot by the Israeli soldiers and arrested despite their injury.

Salhi's death brought the number of the Palestinian prisoners who died while in detention to 212, four of whom were killed during the Jerusalem Intifada which erupted in October 2015.
29 aug 2017
Mezan: 15 Gazans died after being denied treatment abroad

Nearly 15 Gazan patients have died since the beginning of 2017 after the Israeli occupation authorities (IOA) refused to issue them the necessary permits to receive treatment abroad, according to human rights statistics on Tuesday.

Al-Mezan Center for Human Rights said in a statement that the illegal measures launched by Israel against Palestinian patients in the Gaza Strip have caused their health conditions to deteriorate.

Patients who need to travel to the West Bank, Jerusalem or the 1948 occupied territories are asked to submit requests to receive prior permits by the IOA. They are often denied these permits or blackmailed to get them.

Al-Mezan pointed out that the number of deaths among Gazan patients has increased to 15 after the IOA deprived two women of receiving treatment outside the Gaza Strip.

The Center said that Kaenat Ja'rour, 42, a uterine cancer patient, and Faten Ahmad, 26, who suffered a brain tumor, died after the IOA rejected their requests and appeals to obtain permits many times.

According to the human rights center, four patients as well as their accompanying relatives were arrested by the IOA at Beit Hanoun (Erez) crossing despite having the required permits.

Al-Mezan called on the international community to act urgently to stop the ongoing Israeli violations and pressure Israel to lift the blockade imposed on Gaza and let patients travel for treatment.
26 aug 2017
8-year-old Palestinian girl killed by Jewish settler in Jordan Valley 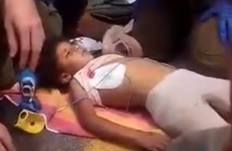 An eight-year-old Palestinian girl died on Saturday after a Jewish settler ran over her in Beit Dajan near al-Hamra military barrier in Jordan Valley.

A medical source revealed that the slain child was identified as Asil Abu Own from Jaba town in Jenin. She died of her serious wounds after she was run over by a settler’s car, according to WAFA news agency.

Many Palestinian children and even adults died in similar incidents by Jewish settlers in Occupied Jerusalem and the West Bank. Although most of the incidents were carried out deliberately, yet Israeli occupation authorities did not take any punitive measures against the perpetrators
19 aug 2017
Palestinian minor killed by IOF gunfire after alleged stabbing attempt 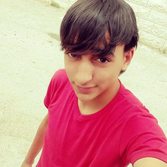 A 17-year-old Palestinian boy was killed on Saturday evening by Israeli Occupation Forces (IOF) after alleged stabbing attempt at Zaatara military barrier. An Israeli soldier was shot by friendly fire in the same incident.

The spokeswoman of Israeli police Luba al-Samri said, in a statement, that the Palestinian boy was identified as Qutaiba Ziyad Zahran from Ellar town near Tulkarem city in the West Bank.

She added that an Israeli soldier of Israeli border guard police was slightly injured in his foot by shrapnel of friendly fire.

Palestinian Health Ministry, for its part, announced the martyrdom of the Palestinian minor at the hands of Israeli forces at Zaatara checkpoint.
8 aug 2017
Cancer-stricken youth dies as Israel rebuffs urgent medical referral

A cancer-stricken youth from Jenin’s southern town of Jaba’, in the northern West Bank, was pronounced dead late on Monday evening after the Israeli occupation authorities banned him from getting through to Jordan for urgent treatment.

A PIC news correspondent quoted local sources as stating that over recent weeks the health status of 22-year-old Jawdat Ahmed Muflih had taken a serious turn for the worse.

The occupation authorities rebuffed the patient’s appeals for an urgent medical transfer to Jordan under the security pretext.

The casualty’s appeals to receive life-saving therapy in 1948 Occupied Palestine (Israel) had also gone unheeded by the Israelis.

In recent months, the number of medical referrals that Israel gives green light to has dramatically dropped, leaving patients stuck at border-crossings or in resource-deprived medical facilities both in the occupied West Bank and the blockaded Gaza Strip.

A Palestinian baby died on Tuesday after she was prevented from accessing medical care outside of the besieged Gaza Strip.

According to the Palestinian Health Ministry, Dunia Sameh Daghmesh has been in critical need of urgent medical therapy outside of Gaza’s underequipped hospitals.

However, the baby breathed her last at al-Shifa Medial Complex six days after her family launched a cry for help that went unheeded.

For the two million Palestinians in the impoverished Strip, a difficult-to-obtain Israeli exit permit is required for them to leave and be treated in the 1948 occupied territories.

In recent months, the number of medical referrals from Gaza that the PA passes on to Israel has dropped, leaving patients in need of urgent care stuck in the Strip's resource-deprived medical facilities.

24 Gazans, mostly newborns, died in the besieged coastal enclave of Gaza after the PA and Israel turned blind eyes to their appeals for life-saving medical referrals.
30 july 2017
This is how an Israeli settler executed Mohammed

Mahmud Daoud Sharaf, the father of Mohammed Sharaf, 17, who was shot dead in Jerusalem on Friday, said an Israeli settler executed his son.

Sharaf told the PIC that one of the Israeli settlers residing in Ras Al-Amud shot his son, and it was not the police or the army who did that, which confirms that his son was executed for no reason.

“The recording cameras proved that an Israeli settler killed my son after he shot him directly,” said Sharaf's father, adding that his son was not in the midst of Friday’s clashes in Jerusalem.

His father explained that Mohammed’s injury was in the neck, and shortly after, he lost his life.

“We prayed near al-Aqsa in Ras Al-Amoud, and there were some confrontations. When the Israeli army began firing sound and gas bombs, my son stood aside with a group of young men and was away from the clashes,” he told the PIC.

“A number of settlers in Ras Al-Amud took to the streets and started shooting at the young men. Journalists, who were near Mohammed, documented how one of the settlers shot my son dead.”

He pointed out that a sniper from the settlers was the one who killed Mohammed. “The shooting was documented and the settler is known to the army and the police,” the father said, pointing out that one of the journalists documented the shooting.

He explained that he is considering filing a complaint against the settler, stressing, “There is no justice in the occupation’s courts.”

Speaking of his son, he said: “Mohammed was a bright young man who was full of ambition. He loved life and thought a lot about his future. He also wanted to study engineering after finishing the high school.”

“Mohammed was a young man like the rest of his generation. He loved life, had a lot of friends and loved ones, and his departure was a shock to us.”