At least 137 Jewish settlers Wednesday morning stormed the plazas of al-Aqsa Mosque under the protection of Israeli police.

The police closed the Israeli-controlled al-Maghareba gate after the incursion and tried to hinder the sit-in held by the Jerusalemite worshipers at al-Majlis gate.

Quds Press reported that Israeli policemen assaulted two female journalists at the area and arrested a young man after beating him. Another Palestinian man was assaulted at Hetta gate.

Earlier on Tuesday evening, the police rounded up five Palestinians at al-Asbat and al-Amoud gates. Israeli forces injured 13 others with rubber bullets while quelling worshipers in the evening hours.

After more than 120 Israeli colonists invaded and occupied, Tuesday, the Abu Rajab family home in Hebron, in the southern part the West Bank, the army declared the property a “closed military zone.”

The decision was made after Israeli Prime Minister, Benjamin Netanyahu, reportedly asked Defense Minister, Avigdor Lieberman, to clarify whether he has any intention to remove the settlers from Abu Rajab home.

Israeli daily Haaretz said that, according to sources close to Netanyahu, the latter instructed Liberman not to remove the settlers from the building, on Tuesday night.

The decision was then made to declare the home a close military zone, off-limits to Palestinians and Israelis, yet, the colonists remained in the property.

The colonist settlers claim that they have “legally purchased the property six months ago, from a Palestinian from area,” but the family is denying the Israeli allegation, and said that even if the claim is true, the building is inherited and owned by several family members, and cannot be sold by just one co-owner.”

This is not the first attempt to occupy the Palestinian home in Hebron; in 2012, a group of Israeli colonists invaded it, under the same purchase allegation, but were later removed under direct orders from the then-Defense Minister, Ehud Barak.

Haaretz stated that Israeli military directives in the West Bank require all purchases of real estate buildings to be authorized by the army.

The office of the current Defense Minister, who himself is a colonist settler, has not, so far, decided to whether remove or keep the colonists in the Palestinian home.
21 Palestinians rounded up in West Bank

Several youths were detained in Nablus after IOF broke into its Akar refugee camp east of the city, which led to the outbreak of limited clashes.

A military checkpoint was also erected in the neighboring town of Udla, where several Palestinian vehicles were stopped and searched.

A minor was among the reported arrests in the city.

In Bethlehem, an activist was arrested from his family house in Takoa town and taken to unknown detention center.

Violent raids were also carried out in Beit Fujar town south of the city, with no arrests reported.

Similar raids were reported in al-Khalil, where IOF soldiers occupied a local house and turned it into a military barracks.

Also in al-Khalil, Israeli settlers carried out collective attacks against Palestinian properties in the Old City, and the towns of Yatta, Seir, and Beit Enoun.

Meanwhile, clashes erupted in Qalqilia when IOF soldiers violently stormed the city amid heavy firing of rubber bullets. Injuries were reported among the locals.

A young man was also detained in Jenin.
Israeli Colonists Attack Family In Their Home In Hebron’s Old City

Many Israeli colonists invaded, Tuesday, a Palestinian home in the Old City of Hebron, in the southern part of the occupied West Bank, and attacked the family before occupying the rooftop and raising Israeli flags and signs on the property. Israeli soldiers handed the family temporary orders occupying their stores.

Media sources in Hebron said the assailants invaded the home of Ali Ibrahim Abu Rajab, and his sons, in the Old City, and assaulted the family, while Israeli soldiers just stood outside without intervening.

The property is a three-story home, near Abu ar-Reesh military roadblock, which leads to the Ibrahimi Mosque, in the heart of Hebron’s Old City.

The Israeli extremists stormed the property, assaulted the family while insulting and threatening them, causing anxiety attacks, especially among the children, in addition to hurling stones and trash at the family, and the property.

Israeli soldiers and officers are now surrounding the building, and preventing the Palestinians, including relatives of the family from approaching.

Resident Jalal Abu Rajab told WAFA Palestinian News Agency that the soldiers handed him an order informing him that the army is now “in temporary possession of three stores owned by his father,” who is a lawyer identified as Salah Abu Rajab, located next to his home, which was illegally occupied by the colonists, who assaulted him and his family.
25 july 2017
Israeli police acquit settler accused of killing Jerusalemite youth

The Israeli police acquitted on Tuesday the settler charged with shooting and killing the Jerusalemite youth Mohammed Sharaf on Friday in Ras al-Amud neighborhood in East Jerusalem, Haaretz reported.

Palestinians had released a videotape capturing the fatal shooting of Sharaf by the settler.

After summoning the settler for interrogation, the Israeli police announced that he is not the one who killed Sharaf.

The police said that they are facing difficulties collecting evidence because the young man was buried shortly after he died, and added that they had conducted an investigation at al-Makassed hospital where Sharaf was taken after being shot.
24 july 2017
More than 200 settlers break into al-Aqsa

Nearly 205 settlers entered the holy Islamic site in the early morning via al-Magharibeh gate and organized provocative tours in its courtyards.

Tension is still running high in the holy city and in the vicinity of the Aqsa Mosque after Israeli authorities installed metal detectors at its entrances more than a week ago.

The Israeli cabinet decided last Thursday not to remove the metal detectors in total disregard to the wave of anger that is currently sweeping the Arab and Islamic world over the measure.

A group of extremist Jewish settlers on Sunday evening invaded the evacuated area of illegal Kaddim settlement, east of Jenin city, and behaved provocatively towards local residents in the area.

Local sources told the Palestinian Information Center (PIC) that the settlers arrived at the location of the abandoned settlement aboard a bus, amid intensive presence of Israeli troops in the area.

They added that settlers and soldiers were also seen along the bypass road that leads to the Haddad tourist village.

Recently, settlers from different illegal settlements in the West Bank intensified their presence in Palestinian areas on a daily basis and carried out assaults on Palestinian citizens and vehicles.
Israeli Soldiers Abduct An Elderly Palestinian Author In Hebron

Israeli soldiers abducted, on Sunday evening, an elderly Palestinian author, intellectual and political leader of the leftist Palestinian People’s Party (PPS) from Halhoul town, north of Hebron, in the southern part of the occupied West Bank.

The abducted Palestinian figure, Mohammad Sa’id Medhya, 83, was taken prisoner after a number of fanatic Israeli colonists assaulted him and members of the Land Defense Committee, before the soldiers abducted him, instead of removing the assailing colonists.

The soldiers took him to an interrogation facility in Keryat Arba’ illegal colony, built on Palestinian lands, east of Hebron city.

Medhya was imprisoned by Israeli twice before, in addition to being deported to Jordan from 1970-1994.

He was elected as a member of the Administrative Committee of the General Union of Palestinian Writers, from 1996-2004.

He also wrote many books and novels, in addition to research documents, about the Palestinian culture and struggle, Zionism, sociobiology, democracy and various other subjects.
Settlers Terrorize Jenin Village Families

Dozens of Israeli settlers broke into the village of Dahr al-Maleh, to the west of Jenin in the West Bank, and terrorized residents, according to local sources.

Head of Dahr al-Maleh village council, Omar al-Khatib, told WAFA news agency that extremist settlers, armed with rifles, forced their way into the village and opened gunfire in the air in the yard of one house, causing panic among the local residents.

They knocked on the doors of houses in the village and chanted racist and anti-Arab slogans.

The Palestinian Military Liaison office said that it was able to coordinate with the Israeli military to pull out the attacking settlers from the village.

Settlers also marched at Beit Enon junction, east of Hebron in southern West Bank, and outside the nearby town of Samou, where they pelted Palestinian vehicles with stones.

There were no reports of casualties in the three incidents.
23 july 2017
80 Jewish settlers desecrate Aqsa Mosque

Local sources said that around 80 Jewish settlers defiled the holy Islamic site in the early morning and organized provocative tours in its courtyards.

The Jewish settlers usually listen to briefings, during those tours, on the alleged Jewish temple and its history and attempt to perform Talmudic rituals at the eastern area of the holy Islamic compound.

Tension is still running high in the holy city and in the vicinity of the Aqsa Mosque since the Israeli occupation authorities installed metal detectors at its entrances a week ago, a measure that was refused by the Muslim worshipers.
Jewish settlers attack Palestinian citizens overnight in W. Bank

Hordes of extremist Jewish settlers, some of them armed, carried out attacks against Palestinian citizens in different areas of the West Bank on Saturday night.

A group of settlers also attacked Palestinian homes in Asira al-Qibliya town, southwest of Nablus, while other settlers stoned Palestinian cars traveling on a road between Nablus and Qalqilya, particularly near Kedumim settlement. 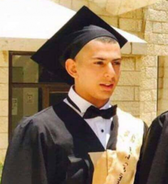 The slain Palestinian has been identified as Mohammad Mahmoud Sharaf, 18.

He was shot in the neck with a live round fired by an armed Israeli settler, while the soldiers also attacked and clashed with dozens of Palestinians after preventing them from entering the Al-Aqsa Mosque for Friday prayers.

The settler opened fire on the Palestinians who weren’t even close to him, and posed no threat, but were only trying to enter Al-Aqsa Mosque.

The Palestinian Red Crescent (PRC) has reported that its medics have been unable to reach many wounded Palestinians due to the extensive Israeli military and police deployment, and the strict siege on the entire area.

At least two of the wounded Palestinians suffered life-threatening injuries, the PRC added.

Earlier Friday, Israel decided to prevent all Palestinian men, below the age of fifty, from entering Al-Aqsa Mosque, and even Jerusalem’s Old City.

It is worth mentioning that Sharaf has just successfully finished high school, and was preparing to attend a local university for higher education.

Hundreds of Palestinians participated in Sharaf’s burial and funeral ceremony in Sweih neighborhood, in Silwan, south of Al-Aqsa Mosque, in occupied Jerusalem.

Earlier Friday, Israel decided to prevent all Palestinian men, below the age of fifty, from entering Al-Aqsa Mosque, and even Jerusalem’s Old City.

It is worth mentioning that Sharaf has just successfully finished high school, and was preparing to attend a local university for higher education.
20 july 2017
27 Israeli settlers break into al-Aqsa

Israeli policemen intensified their presence in the holy compound since the early morning hours to provide protection for the settlers’ break-in, the Islamic body added.