Several illegal Israeli colonialist settlers invaded and occupied, Saturday, a store owned by the Palestinian Ministry of Waqf and Religious Affairs, near the Old Vegetables Market in the Old City of Hebron, in the southern part of the occupied West Bank.

The head of the Hebron Construction Committee, Lawyer Tawfiq Jahshan, told the WAFA Palestinian News Agency that the store, owned by the Waqf Ministry, is rented to Abu Khaled Abu Aisha, and is located behind the Al-Aqtaab Mosque.

He added that the store is also near the illegal Avraham Avino colony, which was installed on private Palestinian lands and property.

After storming the store, the colonists changed its locks, and started altering its appearance.

Representing Abu Aisha, Jahshan stated that he tried to file a complaint with the Israeli Police, but they kept coming up with excuses, and added that he will file complaints  with Israeli courts and follow-up on the matter using all available legal options.
14 june 2019
Settler assaults citizen and his father in Ramallah

An armed Jewish settler physically assaulted a Palestinian farmer and his son in an area in Ramallah on Thursday.

According to local sources, an armed settler from the illegal Halamish settlement physically assaulted 15-year-old Rami al-Tamimi and his father (crippled) as they were gathering sagebrush and thyme (herbs) in an area in Ramallah.

The property is located in the Jaffa Gate area of the Old City of Jerusalem, in the Southern West Bank.

The Israeli Supreme Court, on June 10, rejected the petition to stop the sale of the church property to Ateret Cohanim, a right-wing settler organization.

The Patriarchate declared that the court’s decision will be further challenged, stating: “Our legal teams, in cooperation with experts in international law, are studying all the possibilities available to annul the deal to seize the properties at Jaffa Gate.”

The statement continued, asserting that the Patriarchate will continue to meet with international heads of state and religious leaders, to stress that the seizure “will have negative effects on the Christian presence in the Holy City.”

The statement concluded: “The existence of a vibrant Christian community in Jerusalem is essential to maintaining a historically diverse society and to achieve peace in this city,” and that it will continue to support the current tenants, who are considered as protected by law, to serve as a safeguarding from a takeover by illegal Israeli settlers.
13 june 2019
Jewish settlers set up new outpost in al-Khalil Old City

The Hebron Rehabilitation Committee has revealed that a group of Jewish settlers started recently to establish a new outpost on a Palestinian-owned plot of land behind the closed Souk al-Dahab (gold market) in the Old City of al-Khalil.

Head of the Committee Imad Hamdan said that the settlers intends to build two housing units on the land after they already took over the gas station in al-Shuhada street (closed area) and fenced it.

Hamdan expressed his grave concern over such encroachments upon the properties of Palestinian citizens in the Old City of al-Khalil, especially in the areas declared 17 years ago by the Israeli occupation authority (IOA) as closed military zones.

In 2014, the IOA declared many Palestinian areas and streets in the Old City of al-Khalil closed military zones following the events that resulted from the massacre that had been committed by Jewish terrorist Baruch Goldstein at the Ibrahimi Mosque.

Hamadan appealed to the international community and its concerned organizations to assume their responsibilities in this regard and take action against Israel’s settlement activities in the Old City of al-Khalil.
Jewish settlers sabotage cars, spray graffiti in Einabus village

A horde of Jewish settlers at dawn Thursday infiltrated into Einabus village, south of Nablus, punctured tires of two cars and spray-pained graffiti against Arabs on some walls.

Local official Ghassan Daghlas said that settlers from the illegal settlement of Yitzhar sneaked into the northern area of the village at dawn, sliced tires of two cars and spray-pained racist slogans on the walls of the Mosque, the clinic and some houses.

According to human rights groups, incidents of terrorism and violence by extremist Jewish settlers against Palestinians and their property are a daily occurrence throughout the West Bank.

The vast majority of investigation files regarding harm to Palestinians and their property are closed due to deliberate police failure to investigate properly. The deficiencies and flaws in the work of the Israeli police are clearly noticed at every stage of an investigation when the victim is a Palestinian citizen.
11 june 2019
High court okays Ateret Cohanim’s takeover of church real estate

The Israeli high court of justice has rejected the appeal filed by the Greek Orthodox Patriarchate and sanctioned the sale of three real estate assets in the Old City of Occupied Jerusalem to the pro-settler Ateret Cohanim group.

The rejection of the appeal on Monday ended a 14-year-long legal battle surrounding the sale of the assets, which has agitated the Greek Church in Jerusalem.

Ateret Cohanim is a right-wing organization that strives to acquire Palestinian property in the Old City for Jewish settlement. With Monday’s decision, the group can dramatically strengthen its hold on the Old City’s Christian Quarter.

The story began in 2005 when Maariv newspaper published a report about the sale of the three buildings, including the Petra and Imperial hotels overlooking the Jaffa Gate plaza at the entrance to the Old City.

The Maariv story rattled the Greek Church and prompted it to oust Patriarch Irenaeus, who considers the ousting illegal and insists to this day that he is the patriarch.

The new patriarch, Theophilus III, rejected the transaction and claimed that it involved corruption and bribery, and lacked church authorization. The patriarchate said that Irenaeus did not receive the approval of the Synod Council to carry out the transaction. It also affirmed that their finance director, Nikolas Papadimos, had received money from Ateret Cohanim to advance the deal and had committed acts of theft and corruption involving patriarchate funds.

The patriarchate also argued that the price paid for the buildings by Ateret Cohanim is significantly lower than their market value.

A year ago, the Israeli district court rejected these claims and approved the transaction, but criticized Ateret Cohanim for failing to bring the organization’s chairman, Matityahu Dan, to testify.

After the defeat in the district court, the patriarchate appealed to the high court. Last week the patriarchate’s lawyers reiterated the claims of bribery, corruption and lack of authorization, but the court on Monday rejected the appeal and approved the transfer of the buildings to Ateret Cohanim.

However, the court confirmed the patriarchate’s claims that Papadimos had received $35,000 from Ateret Cohanim, and criticized Dan’s failure to testify.
10 june 2019
150 Israeli settlers defile al-Aqsa Mosque

Dozens of Jewish settlers on Monday broke into al-Aqsa Mosque under police guard.

Local sources said that about 150 Israeli settlers stormed al-Aqsa Mosque in the morning through al-Maghareba Gate.

The settlers roamed al-Aqsa courtyards while accompanied by a large police force before leaving the site via al-Silsila Gate.
9 june 2019
Illegal Israeli Colonists Try To Stop The Installation Of Cellular Phone Tower 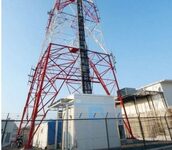 A group of illegal Israeli colonialist settlers attempted, Sunday, to stop the workers of the Wataniya Palestine Mobile Telecommunication Public Shareholding Company from installing a cellular tower, east of Hebron city, in the southern part of the occupied West Bank.

Media sources said approximately 50 Israeli colonists from the illegal Havat Gal outpost and Keryat Arba’ colony, accompanied by many soldiers, tried to stop the installation of the tower on the rooftop of a Palestinian home in the al-Kassara area, east of Hebron city.

Despite the attack, and an ensuing argument, the workers proceeded to install the tower, and the colonists left the scene.

The attack, and the attempt to stop the work, took place while many Israeli companies have been installing cellular towers in the same area, in the occupied city.
Scores of Jewish settlers defile Aqsa Mosque

According to local sources, over 330 settlers entered the Mosque through its Maghariba Gate and toured its courtyards under police escort.

During the presence of settlers inside the Mosque compound, entry restrictions are imposed on Muslim worshipers at the entrances leading to the Mosque and their IDs are seized until they leave the holy place.
8 june 2019
For The Third Consecutive Day, Illegal Colonists Burn Olive Trees Near Ramallah

The colonists invaded large areas of farmlands and orchards, and burnt more than 100 trees, owned by members of the Na’san family, the Palestinian TV has reported.

The family said they planted the trees on their own lands more than ten years ago, and has been since then tending to their orchards and fields despite the Israeli restrictions and constant violations, especially since they are in Area C of the occupied West Bank, under full Israeli control.

Palestinian firefighters tried to reach the lands, but the Israeli military restrictions prevented them from performing their duties.

Many villagers rushed to the lands to help the family, and managed to extinguish the fire using branches and sticks, preventing it from spreading to more lands, including wheat fields.

The Palestinian farmers in the area told Palestine TV that they would never abandon their lands and orchards, despite the constant Israeli attacks, including burning the lands and uprooting the trees.
6 june 2019
Jewish settler torch at least 1,000 olive trees in Jalud town
Illegal Colonists Occupy Private Palestinian Lands Near Bethlehem

Hasan Breijiyya, the coordinator of the National Committee against the Annexation Wall and Colonies in Bethlehem, said the colonists invaded and illegally occupied 4 Dunams (0.988 Acres) of Palestinian lands. video

He added that the colonists mounted barbed-wire fences around the illegally occupied Palestinian lands, and started preparing for installing mobile homes, and infrastructure.

Breijiyya stated that the violation is part of illegal Israeli plans to occupy large areas of Palestinian lands in al-Makhrour and al-Qaseer areas, west of Bethlehem, to build and expands its colonies.