23 aug 2019
Haneyya: Ramallah operation tells the Zionists to stay away from J’lem

Head of Hamas’s political bureau Ismail Haneyya has hailed the operation that killed one settler and injured two others in Ramallah on Friday as “heroic.”

“This operation tells the Zionists to stay away from the explosive powder keg, which is Jerusalem that burns anyone who hurts it,” Haneyya stated during the Friday khutba (sermon) he delivered at the Omari Mosque in Gaza City.

“I bless today’s operation and encourage those who did it to continue, and I am asking Allah (God) to guard them whoever they are,” he said.
Settler killed, two injured in W. Bank explosion 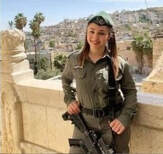 One Jewish settler was killed and two others were critically injured in an explosion in an area near the illegal settlement of Dolev in the occupied West Bank.

According to initial Israeli media reports, the incident may have been caused by an explosive charge or a grenade thrown by a Palestinian man.

Israeli military and security forces were dispatched to the scene and nearby Palestinian areas to look for the perpetrator.

Later, another explosion was heard at a security fence near the Jalama checkpoint, north of the West Bank city of Jenin.

Palestinian media outlets has described the incident as a resistance operation and a natural response to Israel’s crimes and settlement activities in the West Bank and Jerusalem.
8 aug 2019
IDF soldier killed in West Bank stabbing attack; massive manhunt underway

Troops, Shin Bet and police searching for killer of 19-year-old Dvir Sorek from settlement of Ofra, whose body was found near Kibbutz Midgdal Oz hours after he went missing; army becoming convinced he had been abducted as part of terror attack

An 19-year-old soldier was stabbed to death and his body found near Kibbutz Migdal Oz in the West Bank in the early hours of Thursday, the IDF said.

The soldier was later named as Dvir Sorek from the West Bank settlement of Ofra. He was not in uniform at the time of the attack. Security forces are conducting a large-scale manhunt for his killer.

The army is becoming more convinced that the soldier had first been abducted and that he had not been murdered at the site where his body was found.

The IDF will intensify its troop presence in the area and launch an extensive investigation together with the Shin Bet and the police, working on the assumption that attack was carried out by an as-yet unidentified terror cell.

Sorek had been missing since Wednesday evening.

"In the early morning, a soldier's body was found bearing stab marks near a settlement in the (Gush Etzion) area," the IDF said.

"The soldier was on a (joint) track of yeshiva studies (and military service)," the army said. "The IDF, the Shin Bet security service and the police are on the scene and searching the area."

Prime Minister Benjamin Netanyahu issued a statement saying that security forces were "in pursuit now in order to capture the despicable terrorist and bring him to account."

IDF Spokesman Brig. Gen. Ronen Menalis said: "During the night, we received a report of an 18-year-old boy whose relatives had been unable to contact him since late evening.

"They reported this to us very late at night. We gathered forces from the Etzion Regional Division, including trackers," he said.

"During the night, around 2.30-3am, soldiers found the young man's body near the entrance to Migdal Oz (and) his death was pronounced. He had been stabbed and killed," Menalis said.

"We understand that this was a terror attack. The slain youth is a resident of Binyamin and a yeshiva student in Migdal Oz.

"He had begun his recruitment into the IDF but had not yet served. He was still in the studying stage at the yeshiva. He is from a well-known family in the Judea and Samaria," Menalis said.

Gush Etzion Regional Council head Shlomo Ne'eman said in response to the terror attack: "Gush Etzion awakened to a difficult morning of innocent blood being spilled by despicable murderers. We are a steadfast settlement, having endured bereavement and heroism. We will not weaken as a nation or as an enterprise.

"Our bitter enemies will repeatedly try to hurt us, but our response is the response of the Gush Etzion fighters in the War of Independence, to be ever more determined," he said.

"We send our condolences to the dear family who are in pain, and to the settlement where the hero studied," Ne'eman said. "And to the Israeli government we say again – bring this war to an end in victory."

Israeli authorities announced Thursday morning that they had found the body of a 19-year old Israeli soldier on the side of a road in the West Bank, and believe he was the victim of an attack.

The perpetrators of the attack remain unknown, although Israeli authorities say they assume the attackers were Palestinian.

The victim was identified as Dvir Sorek, who was a settler living illegally on stolen Palestinian land in the settlement of Ofra.

He was a student of the Jewish religion at a yeshiva (religious Jewish college) in the settlement where he lived. He was also an active duty Israeli soldier.

According to Israeli sources, Sorek had gone to Jerusalem to purchase religious scrolls but did not return home last night. His family reported him missing Tuesday night, and police began a search, finding his body about 2:30 am Wednesday morning.

The Israeli military say their theory is that Sorek was pulled into a vehicle and killed, then dumped on the side of the road, and they presume that this was done by Palestinians.

An Israeli military spokesperson told the Israeli paper Ha’aretz that the military is “beginning to carry out steps on the working assumption that there is a terrorist cell in the area that carried out the attack.”

The Israeli Prime Minister Binyamin Netanyahu stated that the military is “in pursuit now in order to capture the despicable terrorist and bring him to justice.”

The military has closed off nearby Palestinian villages and invaded them, issuing an order for Palestinians to remain in their homes.

This comes on the eve of the major Muslim holiday Eid al-Adha, when many Palestinian families were planning to visit family in different parts of the West Bank.

The curfews and closures have forced the families to remain indoors, and are a type of collective punishment on the Palestinian population in the area.
9 july 2019
89-Year Old Woman Succumbs to Injury From Palestinian Shelling Two Months Ago

An 89-year old woman, identified as Rifqa Jamil, died Sunday of wounds sustained two months prior when Palestinian resistance fighters fired shells into her area. Jamil fell while running to a bomb shelter, and injured her back.

Since that time, Israeli medical sources report that her condition severely deteriorated, and she died on Sunday.

According to a statement from the hospital, “During her hospitalization at Barzilai Medical Center, other problems relating to her health arose which, as a result of her condition gradually deteriorated”.

Jamil was a resident of Ashkelon, a city on the coast of southern Israel which was once home to tens of thousands of Palestinian families who are now refugees in the walled-in Gaza Strip.

She was also the widow of an Israeli soldier, who was killed during the 1973 War against Palestinians and Arab states.

IDF released preliminary findings from an investigation in a botched commando incursion into the Gaza Strip last year.

The Review examining a raid that resulted in the death of a Lt. Col. and another officer being injured, took place in November of 2018 in the area of Khan Yunis.

According to the findings, the officer's death was a result of friendly fire that took place after the commando unit was uncovered by Hamas militants.

Six Hamas fighters were also reported killed including the Khan Unis commander for the terror organization.

IDF Chief of General Staff Lieutenant General Aviv Kochavi said the military's examination of the event showed there were mistakes made on the ground that led to the force being compromised.

The findings show rescue forces excelled in extracting the troops and are considered for special citations.

IDF Spokespersons Unit added that the lessons learned from the investigation are already being implemented and the division is currently developing a multi-year program based on these conclusions.

Israeli Prime Minister and Defense Minister Benjamin Netanyahu said of the findings Sunday: “the lessons will be learned and the recommendations will be implemented. I welcome the courage of the fighters and pilots who worked under very difficult conditions and the heroic rescue operation.”
6 may 2019
Four Israelis Killed by Palestinian Shells on Sunday

As Israeli forces continue their massive escalation in the Gaza Strip, Palestinian resistance groups responded by launching hundreds of small-scale rockets across the border between Gaza and Israel, killing four Israelis and wounding at least eight.

The Israeli daily Yedioth Ahranoth reports that Pinchas Menachem Prezuazman, 21, was killed by a rocket fired toward the Israeli city of Ashdod, on the coast of Israel, on Sunday evening.

Accordin to Ynet, “Prezuazman was walking in the street when he heard the air-raid siren and ran to seek cover in a nearby building but was hit by shrapnel when he entered the stairwell.”

Prezuazman’s killing marked the fourth death of an Israeli on Sunday.

Earlier in the day, Moshe Feder, 68, was killed in Kfar Saba by an anti-tank mortar fired from Gaza across the border.

In Ashkelon, a city located about 14 kilometers north of Gaza, two Israelis were killed. One, Moshe Agadi, 58, was killed in the early hours of Sunday morning.

The other, Ziad Alhamamda, was killed during the day while working at a factory in Ashkelon.

Israeli forces have reportedly killed 26 Palestinians during the past three days – four on Friday, four on Saturday, and 18 on Sunday.

According to the Israeli military, an estimated 600 rockets were fired from Gaza toward Israel on Saturday and Sunday, most of which were intercepted by the ‘Iron Dome’ defense system .

A military spokesperson told Ynet, “Two hundred rockets were fired at residential areas, with an interception rate above 86 percent”.

The Palestinian shells are crude and mostly homemade, with no ability to make precise aiming. The damage done by these rockets is far less than the missiles dropped by Israel into the Gaza Strip — although they can be deadly if there is a direct hit.