A  Palestinian teenager on Monday evening was shot dead by Israeli police forces after he carried out a shooting operation near the Aqsa Mosque’s Asbat Gate in the Old City of Occupied Jerusalem.

Local sources identified the martyr as 17-year-old Mahmoud Omar Kamil from the West Bank town of Qabatiya in Jenin.

Some Hebrew media claimed the young man was able to injure one police officer, but others said that the officer was lightly injured when he fell down during the chase.

According to news reports, the shooting in the Old City occurred at about 7 p.m. at a police guard post near the Aqsa Mosque.

The martyr approached a group of officers, took out a makeshift Carlo-style submachine gun and opened fire at them, but the firearm was not operating accurately and malfunctioned, forcing him to flee through the Old City streets.

Soon, many officers participated in an on-foot chase and some of them showered the teenager with volleys of bullets, killing him immediately.

Consequently, the Israeli occupation police put their forces on high alert, closed the Old City’s entrances and gates and rounded up two young men from the Aqsa Mosque.

Eyewitnesses said that police officers savagely stormed the Aqsa Mosque following the shooting incident and kidnaped two young worshipers from the Dome of the Rock prayer hall after physically assaulting them.

Officers were also seen maltreating and assaulting a number of Muslim worshipers as they were leaving the Aqsa Mosque through its gates following the nighttime Isha prayer.

In recent days, Jewish settlers, under military and security protection, escalated their violations and crimes against the Palestinians, their property and holy sites in different areas of Jerusalem and the West Bank, and such operation is seen as a natural reaction.
17 dec 2020
Suspicious Death of Palestinian in Gilo Settlement

Local sources have reported that a Palestinian man died under suspicious circumstances in the Israeli settlement of Gilo, near Bethlehem, on Wednesday.

The Quds News Network reported that the man, identified as 37-year-old Abdul-Fattah Obeyyat, was found beaten to death with a noose around his neck, although this claim could not be independently verified by IMEMC.

There was no source identified in the Quds News report, although the paper claimed that they received their information from Obeyyat’s ‘family members.

Quds News quoted his family accusing Israeli settlers of assaulting and killing him. No further information is known about the cause of death.
His corpse had signs of bruises and cuts, which indicated that he might have been assaulted. According to the Quds News report, Obeyyat was a worker in the settlement.

Although some Palestinians work in the Israeli colonial settlements to be able to survive, it is a practice that is frowned upon by most Palestinians, as the settlements are constructed on stolen Palestinian land.

The Gilo settlement has been the site of much controversy in the last several months, as Israeli authorities announced their plans to expand the settlement further onto Palestinian land and to construct a light rail from Jerusalem to the Israeli-only settlement at Gilo.

All Israeli settlements on Palestinian land are considered illegal under international law and the Fourth Geneva Convention, to which Israel is a signatory.
12 dec 2020
Palestinian dies of wounds suffered in Israeli shooting months ago

Abdel Nasser Halawa, 56, from Nablus died on Friday of serious wounds inflicted by bullets fired by the Israeli police on August 16/2020, at the Qalandia military checkpoint, north of Occupied Jerusalem.

Faten Halawa stated that her brother, who was with special needs, suffered from loss of hearing and speech after he had a fever when he was young.  He was married and had three children.

She added that her brother left his home on the aforementioned date, heading towards his sister’s house in Occupied Jerusalem. He told his family of his intention to visit his sister and pray in the holy Al-Aqsa Mosque.

Halawa’s sister pointed out that the changes that happened at the occupation’s checkpoint made it impossible for him to know which side to pass from and he accidentally passed through the Israeli soldiers’ passage.

Halawa explained that the soldiers shouted at her brother but he did not hear them and he did not realize what was going on around him. The Israeli police shot him in his feet with several bullets. He was taken to a hospital inside the 1948 occupied lands, where he stayed for three months. During this period, he underwent 4 surgeries and he was waiting for other operations before they brought him back to Nablus about two weeks ago.

She added that her brother's health condition was difficult when he arrived, as he lost his memory and did not recognize any member of his family. He did not interact with those around him, “It seems that the medicines affected him so much that he did not accept food except with great difficulty, and a few days ago, his health condition deteriorated until he died at dawn Friday”, his sister said.

Halawa was born in April 1964 and worked with his brother in Masha village, west of Salfit, in fabric upholstery.
5 dec 2020
Palestinian child shot at W. Bank protest dies of injury

A 13-year-old boy who was seriously injured by Israeli gunfire in al-Mughayir village, north of Ramallah, was pronounced dead on Friday evening.

The Palestinian health ministry said that Ali Ayman Abu Aliya succumbed to his wounds after he was shot with a live round in his stomach during a protest staged in the afternoon in northern Ramallah.

According to eyewitnesses, an Israeli soldier shot the kid in the occupied West Bank village of al-Mughayir during a peaceful a protest against illegal settlement activity in the area.

The child was rushed in critical condition to a hospital in Ramallah, where he died after doctors tried for hours to save him.

The Israeli army on Friday afternoon violently attacked the participants who were protesting against Israeli intents to build a new settlement in the area, according to Mughayir mayor Amin Abu Aliya.
2 dec 2020
Bus hits seven West Bank workmen, killing two in Bethlehem

Two Palestinian workers were killed on Wednesday morning when an Israeli bus ran over a group of workers at the northern entrance to Bethlehem.

Five other Palestinians were also injured in the incident that took place near a crossing between the West Bank city of Bethlehem and Israel.

The Israeli police said they launched a manhunt for the driver after he left the bus and escaped the scene.
25 nov 2020
Israeli Soldiers Kill A Palestinian Man In Jerusalem 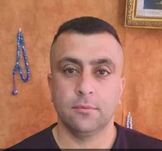 Israeli soldiers killed, on Wednesday evening, a Palestinian man while driving through the Za’im military roadblock, east of occupied Jerusalem. The army claimed the man tried to ram the soldiers with his vehicle.

The Palestinian, identified as Nour Jamal Shqeir, 37, was moved to Hadassah Israeli medical center in Jerusalem, apparently suffering multiple gunshot wounds in the abdomen area, and died from his serious injuries.

After his death, the soldiers summoned his father and brothers for interrogation at the al-Maskobiyya facility in West Jerusalem.

The Israeli army claimed the man attempted to ram the soldiers with his vehicle at the roadblock, an allegation that was vehemently denied by his family.

His brother said Nour works in transportation, and due to the nature of his job, he has to cross through various military roadblocks.

Attorney Mohammad Mahmoud of Wadi Hilweh Information Center in Silwan (Silwanic) said the army is still refusing to transfer Nour’s body back to his family.

He added that the police interrogated Nour’s father, along with his two brothers.

Jamal, the father, told Silwanic that he and his sons headed to Za’im military roadblock after hearing the news about the shooting, and parked his vehicle on the other side of the terminal after the soldiers refused to allow them to cross.

“I saw videos of the incident, and I could see my son’s vehicle after various videos were posted on social media networks,” he said, “However, we were met by dozens of soldiers, intelligence officers, who ordered us to leave, and that is when I saw my son’s vehicle riddled with bullets, just meters away from the roadblock.”

“Israeli intelligence officers inspected my ID card, and that of my son, Yahia, before they abducted him,” Jamal stated, “I was then ordered to head to al-Maskobiyya for interrogation, and after heading there, they refused to give me any information about Nour.”

The father and his two sons were separately interrogated for several hours, before they were released.

Abu Wa’er, from Qabatiya town in Jenin, suffered from throat cancer. He was taken prisoner in 2003 and sentenced to multiple life sentences for resisting the occupation.

Abu Wa’er was the first Palestinian prisoner in Israeli detention to have tested positive for COVID-19 (coronavirus), but later he recovered from the virus.