The Israeli occupation police denied medical treatment for a Palestinian wounded woman for an hour and a half under the pretext of a attempting to carry out a stabbing attack two weeks ago, according to the Hebrew newspaper Haaretz on Wednesday.

Israeli police said that Jehan Hishma was shot after approaching Qalandia checkpoint when she ignored the soldiers’ stop orders.

Haaretz said that it possesses video records of Israeli soldiers warning the woman not to approach the checkpoint and later preventing her from receiving treatment for 90 minutes after she was shot.

For its part, Physicians for Human Rights reported that Hishma was, at least, 30 meters away from the checkpoint in which she was moving and asking soldiers for aid.

The newspaper said that after an hour, an Israeli ambulance arrived, but they did not approach her for another 30 minutes.

A number of people who were present at the checkpoint tried to videotape the scene and take pictures, but the Israeli policemen prevented them by throwing gas canisters injuring a man in his leg.

Medical staff started to aid the woman after receiving orders from Israeli soldiers. Then, she was transferred to Hadassah Medical Center where she is still undergoing treatment.

Yesterday, meanwhile, the Israeli prosecution presented a list of chargers against Hishma, whose lawyer says that she lost her way in addition to her having hearing problems.

“The attitude of the Israeli soldiers in this situation affects both the security of medical crews, guaranteed by the international law, and the life and dignity of the wounded person,” PHR stated while demanding the Israeli police to interrogate its members who were involved in the incident.
Checkpoints in Bethlehem and clashes in Aida camp 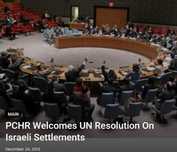 The Israeli occupation forces (IOF) on Wednesday set up checkpoints on the roads leading to villages in western Bethlehem province practically isolating them from the outside world.

According to the PIC reporter, IOF soldiers installed checkpoints in al-Khader town, and near the entrance of Husan town in addition to Qabr Hilweh, east of Bethlehem, and strictly searched passing vehicles and citizens.

According to local sources from Husan town, Israeli forces claimed that a Molotov cocktail was thrown at an Israeli settler’s car near the town. They added that the soldiers distributed warnings to the villagers that more restrictions would be imposed on the village and its inhabitants in the event such attacks recurred.

In a separate incident, IOF soldiers raided at noon Wednesday Aida refugee camp, north of Bethlehem, firing gas canisters in the process on Palestinian houses and school students which led to the suffocation of a number of civilians and students.
Israeli special forces break into Shu'fat, arrest two doctors

Israeli special forces arrested two Palestinian doctors on Wednesday after storming a clinic in Shu'fat refugee camp to the northeast of occupied Jerusalem.

According to local sources, a special Israeli force broke into the camp in the afternoon amid heavy firing of sound and gas bombs.

The Israeli force raided a clinic in the camp and arrested two doctors, the sources said, pointing out that both of them have Palestinian IDs.

The Israeli forces conduct regular raids into the camp while students are leaving their schools spreading fear and panic among them.
Palestinian teen undergoes leg amputation 'after being hit by Israeli jeep' 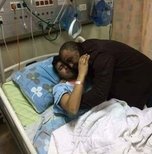 A 16-year-old Palestinian detainee has had to undergo a below-the-knee amputation, due to a severe injuries he sustained after an Israeli jeep hit him at an Israeli military checkpoint in the northern occupied West Bank district of Jenin last week, according to Palestinian prisoners’ rights group Addameer.

Addameer wrote in a statement on Tuesday that an attorney representing Sharif Khanfar said the teen was with three of his friends riding a Vespa motorcycle when they were apprehended by Israeli forces for allegedly planning a vehicular attack on soldiers on Jan. 3, and were injured after an Israeli jeep hit them.

The statement contradicted reports from Israeli police at the time of the incident, which did not mention an Israeli vehicle being involved.

Initial reports from Israel media claimed the incident was a deliberate vehicular attack, but Israeli police spokesperson Luba al-Samri said  later that it was an accident.

The accident occurred at a so-called "flying checkpoint" -- a non-temporary Israeli military checkpoint -- that had been set up between the city of Jenin and the al-Jalama checkpoint, which Palestinians use to cross into Israel from the northern occupied West Bank.

Al-Samri's initial statement said that one motorcycle “bumped into” Israeli soldiers who were on foot at a military checkpoint, while three other motorcycles involved in the incident “fled the scene.”

However, she issued a correction later saying only three motorcycles had been involved -- one carrying two Palestinians and another carrying one -- without elaborating details of how the accident itself occurred.

A second Palestinian was severely injured in the incident, and a third was lightly injured. Two Israeli soldiers were lightly injured under unclear circumstances, though al-Samri seemed to suggest, without saying explicitly, that they were on foot by neglecting to mention the involvement of a military jeep.

Al-Samri also did not mention in her statements that anyone was detained after the accident or accused with wrongdoing. An Israeli police spokesperson could not immediately be reached on Wednesday to confirm whether or not the teen was in fact being detained.

However, according to Addameer, Khanfar was being detained by Israeli authorities in the hospital, which is located in the Israeli city of Afula, north of the border with the occupied West Bank.

Addameer’s statement said Khanfar and his family members were "shocked" by the incident that resulted in the loss of a leg, and denied that he and his friends had intended to carry out an attack.

Since a wave of unrest began in October 2015-- largely marked by small-scale attacks by Palestinians targeting uniformed Israeli soldiers and police with knives or similar weapons -- a number of deliberate car ramming attacks have occurred.

However, Israeli authorities' version of events have been challenged in a number of incidents, with officials in some cases later admitting so-called "terror attacks" were actually traffic accidents.

Amid the unrest, Israel has come under widespread condemnation for implementing a “shoot-to-kill” policy against Palestinian committing or allegedly committing attacks. Among the more than 100 Palestinians to be killed by Israeli forces and settlers throughout 2016, 33 were minors aged 17 and younger, according to Ma’an documentation.

Flares lit up the sky over the eastern border area of al-Maghazi refugee camp in central Gaza on Tuesday night, amid intensive gunfire.

Local sources said that Israeli soldiers fired flares and bullets intensively east of al-Maghazi camp as tanks and armored vehicles were seen moving in the vicinity of the military post known as Abu Mutaibeq.

The eastern border areas of Gaza are repeatedly exposed to Israeli gunfire and limited infiltrations in violation of the 2014 Egyptian-brokered ceasefire.
Israeli Soldiers Invade Marda Village, Near Salfit

Several Israeli army vehicles invaded, on Tuesday at night, the village of Marda, north of Salfit in central West Bank, before storming into stores and interrogating many Palestinians.

Eyewitnesses said the soldiers violently invaded and searched many stores in the village, and interrogated several Palestinians while inspecting their ID cards.

They added that the army also installed a roadblock at the village’s main roads, before stopping and searching dozens of cars.

The soldiers claimed the invasion was carried out after several Palestinian youngsters “hurled stones at army vehicles and cars driven by Israeli settlers”, living in nearby illegal Israeli colonies.
10 jan 2017
Injuries reported as IOF breaks into Beit Ummar

A number of Palestinian citizens choked on tear gas on Tuesday as the Israeli occupation forces (IOF) broke into Beit Ummar town to the north of al-Khalil city, amid intensified firing of teargas canisters.

The media activist Mohammed Awad told the PIC reporter that tear gas suffocation cases were reported among the citizens during the clashes that erupted in the afternoon in the town.

Awad said that a group of Israeli soldiers broke into one of the town's neighborhoods that is adjacent to Karmei Tzur settlement built on the southern lands of the town. The soldiers fired tear gas canisters and sound bombs at the citizens causing many suffocation cases, which led the Palestinian youths to respond by throwing stones.

He pointed out that the provocative incursions into the neighborhood happen on a regular basis and without any reason or justification, adding that the IOF always fires gas and sound bombs at the citizens triggering confrontations with them.
2 Palestinian children kidnapped by IOF following aggressive beating

The Israeli occupation forces (IOF) at noontime Tuesday kidnapped two Palestinian children from Bethlehem’s southern town of al-Khader, after they aggressively beat them.

Prior to their abduction, the two minors were subjected to violent beating by the Israeli forces.

Medics reportedly rushed to the area to rescue the children, who were attacked on their way back home from school.
Eighty-year-old woman brutally attacked by IOF

The Eighty-year-old mother was later taken to hospital for treatment.

Several local homes were also stormed and searched during the raid.

The IOF threatened to arrest more local youths if they continue to participate in the weekly anti-settlement march in the town.

Popular marches are organized on weekly basis in Kafer Qaddum in protest against the Israeli continued restrictions imposed on the town for more than 13 years.
Leader in Hamas among scores of detainees in West Bank

The Israeli Occupation Forces (IOF) launched at dawn Tuesday a large-scale arrest campaign throughout the West Bank. A leader and activists in Hamas Movement were among the detainees.

The PIC reporter quoted local sources as saying that dozens of Israeli soldiers stormed Jab’a town, south of Jenin, and violently broke into the leader in Hamas Movement Nazih Abu Ein’s house before arresting him along with his son.

Abu Ein spent 18 years in Israeli jails in separate arrests, most recently was months ago.

His nephew was also arrested during the pre-dawn raid.

Five other youths were kidnapped from their houses in the town, while a number of local houses were violently stormed and searched.

Similar raids were carried out early today in Beit Ummar and Seir towns, north of al-Khalil.

Several houses were stormed and searched during the raids.

Two brothers were arrested in Beit Ummar which led to the outbreak of violent clashes in the town amid heavy firing of teargas bombs and rubber bullets.

In Nablus, IOF soldiers stormed Burin and Hawara towns, south of the city, and erected a number of checkpoints where several locals were stopped and interrogated.

In Tulkarem, clashes broke out when Israeli forces stormed its refugee camp and were deployed in large numbers throughout its neighborhoods.