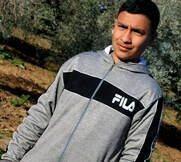 A Palestinian child died, on Thursday at dawn, from serious wounds he suffered late on Wednesday evening, after Israeli soldiers shot him with a live round, and injured several others, during protests on Palestinian lands, close to the perimeter fence, east of Gaza city.

Dr. Ashraf al-Qedra, the spokesperson of the Health Ministry in Gaza, said the child has been identified as Saifeddin Emad Abu Zeid, 15, from the Zeitoun neighborhood in Gaza city.

He added that the child was seriously injured after being shot by the soldiers with a live round in the head, east of Gaza city.

Medics rushed the child to the Shifa Medical Center in Gaza city, before was moved to surgery, but succumbed to his serious wounds a few hours later.

Dr. al-Qedra also stated that the soldiers shot at least five other Palestinians and caused many to suffer the severe effects of teargas inhalation.
6 mar 2019
Two Children Die In House Fire After Army Delayed Fire Trucks

The mayor of Hebron, Taysir Abu Sneina, held the Israeli army responsible for the death of two children, who died in a fire in their home, in the southern West Bank city of Hebron, after the military delayed Palestinian fire trucks and Red Crescent ambulances, at two roadblocks in the city.

Spokesperson of the Palestinian Police in the occupied West Bank, Lieutenant Luay Zreiqat, said a child, identified as Wa’el Rajabi, four years old, and his infant sister, Malak, 18 months of age, died in the fire.

Lieutenant Zreiqat added that a third brother of the two deceased siblings suffered serious burns and remains in a critical condition.

The house is in an area that is under full Israeli control and separated by the rest of the occupied city by many military roadblocks.

Hebron Fire Chief, Ayman Nassereddin, said that the fire department received a call at 10:35 on Tuesday at night, regarding a fire at the Palestinian house, in the Old City of Hebron.

Nassereddin added that the fire trucks, and ambulances, were instantly dispatched to the scene, but the soldiers stopped them on two different military roadblocks; one is called 160, and the other is Ja’abra roadblock.

He also stated that the Palestinian District Coordination Office contacted the Israeli counterpart, and it took at least twenty minutes for the fire trucks and the ambulances to be allowed through.

The rescue team managed to control the fire before it spread to surrounding homes.
4 mar 2019
Army Kills Two Palestinians, Injures One, Near Ramallah 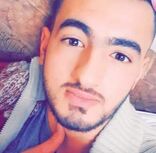 Israeli soldiers killed, on Monday at dawn, two Palestinians, and injured one, after the army alleged they tried to ram them with their car, wounding two soldiers, in Kafr Ni’ma village, west of the central West Bank city of Ramallah.

The slain Palestinians have been identified as Amir Mahmoud Darraj, 20, from Kharbatha al-Misbah village, and Yousef Raed Anqawi, 20, from Beit Sira village, west of Ramallah.

The wounded young man has been identified as Bassem Jom’a Alqam, 20, from Safa village, west of Ramallah.

The Israeli army stated that two of its soldiers were injured, one seriously, when the Palestinian car “rammed into them in the village,” and added that the soldiers opened fire at the car, killing two and mildly wounded a third.

It added that the soldiers stopped to the side of the road, close to the exit of the village, when the car reportedly rammed them.

The army also stated that its “investigation concluded that the incident was a deliberate attack, and not an accident.”

The army said the soldiers had to stop on the side of the road due to a mechanical error with their jeep, before the Palestinian car rammed into them.

Palestinian sources said that the incident was a traffic accident, and not a ramming attack as the military claims, as the driver and his passengers could not see the soldiers before hitting them with the car.

The Palestinians car slid due to the wet road, before it struck the army jeep, they added.

Khaldoun ad-Deek, the head of Kafr Ni’ma Village Council, said the accident happened in an area of a difficult terrain with  rough and curvy roads.

It is worth mentioning that the many army jeeps invaded the village, and conducted extensive searches of homes, before abducting several Palestinians, in addition to opening fire at protesters.

The soldiers placed the village under a strict siege, after closing all entrances and main roads.

On Sunday at night, the soldiers invaded the village before storming and searching homes, and abducted a young man, identified as Yousef Mahmoud ad-Deek.

Many Palestinians suffered the effects of teargas inhalation, after the soldiers fired gas bombs and rubber-coated steel bullets at Palestinians protesting the invasion.

The soldiers also attacked, on Monday morning, several schoolchildren, and hurled gas bombs and concussion grenades at them, in addition to preventing them from reaching their schools.

Two Palestinian young men were killed and another was wounded at dawn Monday when soldiers opened fire at them near Kafr Ni'ma town in Ramallah.

The Israeli occupation army claimed that the young men carried out a car-ramming attack and threw Molotov cocktails at soldiers.

According to the Hebrew news website 0404, Israeli soldiers opened fire at three young men, killing two of them, after they threw Molotov cocktails. Another one suffered bullet injuries and was detained

Israel’s Channel 10, for its part, said that two Israeli soldiers were wounded after a Palestinian car ran them over in an area near Kafr Ni’ma town, west of Ramallah.

The Channel added that other soldiers responded immediately and opened fire at three young men aboard the car, killing two and injuring another.

Eyewitnesses reported that the Israeli occupation forces detained a Red Crescent ambulance crew and prevented it from going to the scene to provide medical assistance for the Palestinians.

Later, violent clashes broke out between local youths and Israeli forces at the main entrance to Kafr Ni’ma town. Live and rubber bullets were reportedly used by soldiers during the skirmishes, but luckily no one was injured.
22 feb 2019
Israeli Soldiers Kill One Child, Injure 41 Palestinians, In Gaza
succumbed to his wounds. Yousef was from the Zeitoun neighborhood, in of Gaza city.

Dr. al-Qedra stated that the soldiers shot 26 Palestinians with live fire, and added that two other Palestinians suffered serious injuries.

One of the wounded Palestinians is a volunteer medic, identified as Fares al-Qedra, who was shot with a gas bomb in the head, east of Khan Younis, in southern Gaza Strip.

Media sources in Gaza said the soldiers fired a barrage of live rounds at random, in addition to firing high-velocity gas bombs against the protesters on Palestinian lands across the eastern parts of the coastal region, in Gaza city, Jabalia, al-Boreij refugee camp, Khan Younis and Rafah, in northern, central and southern Gaza Strip.
13 feb 2019
Child shot by Israeli forces in Gaza dies

A Palestinian child on Tuesday evening succumbed to wounds he sustained after being shot by the Israeli occupation forces in the Great March of Return.

The Palestinian Ministry of Health in the Gaza Strip in a brief statement announced that Hasan Noufal, 17, was directly hit with a tear gas bomb east of al-Bureij refugee camp on Friday.

Two Palestinian children were shot dead by the Israeli forces on the same day: Hasan Shalabi, 14, and Hamza Shtewi, 17.

Since the start of Gaza border protests on 30 March, the Israeli occupation army has killed 265 Palestinians, and injured nearly 27,000, at least 500 of whom are in critical condition.
11 feb 2019
Israeli Army Admits the Palestinian Motorcyclist They Killed Had No Explosives

Following an investigation by the Israeli military into the killing of a Palestinian motorcycle rider on February 5th, and the severe wounding of his passenger, the military was forced to admit that their initial claim that the young man had explosives was a false claim.

Abdullah Faisal Omar Tawalba, 19, was shot and killed by Israeli forces on February 5th, 2019, at an Israeli military checkpoint in Jenin, in the northern part of the West Bank.

His passenger, Omar Ahmad Hanana, 15, was also shot by the Israeli military and badly injured, but is in stable condition at the Jenin Governmental Hospital run by the Palestinian Authority.

Initially, the Israeli military reported to the media that the young men had approached the checkpoint and “tried to plant explosives”.

An investigation by Israeli military police found no evidence whatsoever of any explosives of any kind.

The soldiers claimed that they “heard an explosion,” and “where sure “an explosive was thrown at the roadblock, before they opened fire.”

The checkpoint where Abdullah was killed by the soldiers is located  near the entrance of the al-Jalama village, northeast of Jenin in northern West Bank.

The army’s initial statement claimed that Palestinians were riding a motor cycle and “hurled an explosive at the soldiers”. There were no injuries of any soldiers.

Mahmoud Sa’adi, the director of the Emergency Department of the Palestinian Red Crescent in Jenin, said the slain Palestinian has been identified as Abdullah Faisal Omar Tawalba, 19, from the al-Jalama village, and added that Omar Ahmad Hanana, 15, was injured but is in a stable condition.

They added that Tawalba was shot with several live rounds in the head and legs.
8 feb 2019
Israeli forces kill 2 Palestinian minors, injure 17 others in Gaza

Two Palestinian minors were killed by Israeli forces, while 17 others suffered injuries, on Friday, during “The Great March of Return” protests along the eastern Gaza border.


The Palestinian Ministry of Health in Gaza confirmed that Hassan Iyad Shalbi, 13, and Hamza Muhammad Rashdi Ishteiwi, 17, were shot and killed by Israeli forces, while 17 others suffered various injuries. 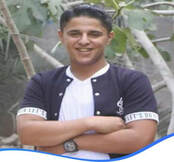 Additionally, Israeli forces sprayed sewage water at the protesters to disperse them and targeted a vehicle belonging to the Palestinian Civil Defense with tear-gas bombs.

"The Great March of Return" protests were launched on March 30th by thousands of Palestinian civilians in Gaza -- which has suffered from a decade-long Israeli siege -- who took to the borders to demand their right of return as refugees to their original homelands, now in present-day Israel.
Palestinian prisoner dies in Israeli jails

Local and media sources reported that the 36-year-old Palestinian prisoner was found dead in his prison cell.

In a separate statement, the Palestinian Health Ministry affirmed Ashtiyeh has died due to “deliberate medical negligence.”

Ashtiyeh was detained in 2009 and sentenced to life for being involved in an Israeli settler’s killing.

Earlier Wednesday, the prisoner Fares Baroud died in Israeli custody of the health complications he developed in Israeli jails due to medical negligence.
Page:  4 - 3 - 2 - 1
Powered by