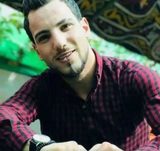 Palestinian medical sources in Hebron, in the southern part of the occupied West Bank, has reported that a young man died, Friday, from serious wounds he suffered on May 9th, after being rammed by an Israeli colony’s bus.

The sources said the Palestinian, Hani Fayez al-’Adarba, 23, was struck by the speeding Israeli bus on settlement road #35, which links to Tarqoumia terminal and road #60, near Halhoul, north of Hebron city.

He suffered various serious fractures and internal injuries, and was moved to an Israeli hospital where he died from his wounds.
Gazan killed, over 1000 injured on 7th Friday of Return March

A Palestinian was killed while over 1,000 were injured after being shot by the Israeli occupation forces (IOF) near Gaza's eastern border on the seventh Friday of the Great March of Return.

Gaza's Ministry of Health said that the Palestinian citizen Jaber Abu Mustafa, 40, died after being shot in the chest east of Khan Younis in the southern Gaza Strip.

Spokesman for the Ministry Ashraf al-Qedra said that 34 medics were injured and four ambulances were partially destroyed after being targeted by the IOF gunfire during the protests. Video

The Ministry of Health said in a statement that the IOF snipers deliberately targeted journalists and children on the seventh Friday of the Great March of Return.

The PIC reporter said that several dunums of settler farmlands behind the border fence were burned by flaming kites launched by Palestinian youths taking part in the marches.

According to the PIC reporter, preparations are underway by the Higher National Committee for the March of Return and Breaking the Siege to install new tents near the border fence ahead of the massive demonstrations expected next week to mark the 70th anniversary of the Palestinian Nakba.

Member of the Committee Ismail Ridwan told Quds Press that the protests will continue until they achieve their goals.

The Palestinians in the Gaza Strip on 30th March launched a peaceful protest movement called the Great March of Return to demand their right of return and pressure Israel to lift the blockade imposed on them for over a decade now. The protests are expected to reach their peak on 15th May.

So far 53 peaceful protesters have been killed, six of whom are being detained by the IOF, and over 8,000 injured.

Updated: The Palestinian Health Ministry has confirmed that Israeli soldiers killed, Friday, one Palestinian, and injured 448, including seven who suffered very serious wounds, in the Gaza Strip.

The Health Ministry said the soldiers killed Jaber Salem Abu Mustafa, 40, after shooting him with a live round in the chest, east of Khan Younis, in the southern part of the Gaza Strip. Video

It added that, among the 448 wounded Palestinians, 112 were shot with live fire, including seven in serious conditions, and four who were directly shot with gas bombs.

Sixty-six of the wounded Palestinians were moved to hospitals in several parts of the coastal region. One of them is a child, 16, who was shot with a live bullet that penetrated both of his legs child trying to place a Palestinian flag on the border fence.

At least one of the wounded Palestinians is a medic who was shot while rushing to provide treatment to injured protesters.

It is worth mentioning that many protesters managed to remove a section of the border fence, east of Gaza Strip, before the soldiers started firing at them, while many Palestinian hurled stones.

Some protesters flew burning kites across the border fence, causing fires, before Israeli firefighters rushed to extinguish them.

Two Palestinian youths were killed on Sunday after being targeted by the Israeli occupation forces (IOF) stationed near the border fence east if Khuza'a town in the southern Gaza Strip.

According to Gaza's Ministry of Health, the two martyrs were identified as Bahaa Qdeih, 23, and Mohammed Abu Reida, 20.

The PIC reporter said that the IOF fired a shell at a group of Palestinian youths near the border fence east of Abu Reida neighborhood in Khuza'a.

According to the PIC reporter, the IOF heavily opened fire at the ambulances and the Palestinian citizens who rushed to the scene to save them. He added that the medical staff were able to reach the youths more than half an hour after they were attacked.

A spokesman for the Israeli army claimed that the Israeli forces were able to kill two of three Palestinians who attempted to cross the border fence with intention to damage security infrastructure.
6 Qassam fighters killed in Gaza explosion

Spokesman for the Ministry said that other three citizens were injured in the explosion and transferred to the hospital but their identities have not been known yet.

Local sources and eyewitnesses said that an unexplained massive explosion took place on Saturday evening in al-Zawaideh town in the central Gaza Strip.

Al-Qassam Brigades, the armed wing of Hamas movement, said in a brief statement that "a heinous crime" targeted a group of its fighters during a "complex security and intelligence operation", holding Israel responsible for this crime.

The Brigades explained that further details will be released later about this serious incident.

The six men were brought to the al-Aqsa Hospital in Dir al-Balah, where they were pronounced dead.

Three other men were wounded and were brought to the al-Aqsa Hospital.

The six men killed in the explosion were identified as:

The Al-Qassam Brigades, the armed wing of Hamas, issued a preliminary statement saying that the six Palestinians were senior members of the group, and accused Israel of standing behind the explosion.

It added that the six Palestinians “managed to track and uncover one of the largest spy and surveillance systems planted by Israel is the coastal region, and that the located spying device was designed to automatically explode once it is uncovered.

The Brigades described the explosion a “serious, massive crime,” adding that the fighters sacrificed their lives in dismantling and uncovering this surveillance system.

It held Israel directly responsible for the death of its fighters, and added that “payback will be coming, and will be very painful to the enemy, for this crimes and many previous crimes.”

Gaza’s air, sea and borders are all controlled by the Israeli military occupation, which has implemented a deadly siege on the tiny coastal Strip since 2007 – preventing the entry of building materials, medical supplies, food and basic necessities, while preventing the exit of Palestinians from Gaza.

Since March 30th, Palestinian protesters have engaged in weekly demonstrations at the Gaza-Israel border. These demonstrations have been attacked by Israeli sharpshooters stationed at the border, who have killed 45 Palestinians and wounded more than 7,000 – many of whom were wounded with live ammunition fired by Israeli forces at the unarmed demonstrators.

Al-Qassam Brigades, the armed wing of Hamas movement, on Sunday said that the six martyrs who were killed on Saturday in the central Gaza Strip managed to foil a dangerous spying operation.

The Brigades said in a statement that the martyrs were on a security mission to thwart the largest technical spying system planted by Israel in the Gaza Strip during the past decade to attack the Palestinian resistance.

The statement noted that the six martyrs worked hard and sacrificed their lives to protect the Palestinian people and the resistance factions against the Israeli schemes targeting them.

The Brigades mourned these "brave fighters" who over the past years had accomplished many missions within the framework of the "battle of minds" with the Israeli occupation and spared no effort to protect the Palestinian resistance project.

The statement underlined that there are further details related to the incident that will be revealed to the Palestinian people later.

Al-Qassam Brigades held the Israeli occupation responsible for this crime, stressing that it will "pay a heavy price" soon.
5 may 2018
Gazan patient dies after denied travel for medical treatment

A Palestinian citizen, who suffered from a health problem, was proclaimed dead on Saturday morning in the besieged Gaza Strip after he was prevented by Israel from receiving medical treatment in hospitals in the occupied territories.

According to the National Anti-Siege and Reconstruction Commission, the Israeli authorities had rejected several requests submitted by 41-year-old Mohamed Dababesh asking for allowing him to enter the 1948 occupied lands for treatment.

More than two million Palestinians in Gaza have been under inhumane blockade for about 12 years. The siege claimed the lives of dozens of patients, who failed to receive medical treatment outside Gaza.
3 may 2018
Palestinian youth succumbs to Israeli-inflicted wounds in Gaza

A Palestinian youngster died on Thursday morning of wounds sustained on Friday after the Israeli army attacked protesters during the Great March of Return across Gaza’s eastern borders.

The Palestinian Health Ministry identified in a statement the casualty as 19-year-old Anas Shawki Abu Asr.

Shawki’s death brings the number of Palestinians killed by the Israeli military during the Great March of Return protests, initiated on March 30, to 50. Five casualties have had their bodies withheld by the Israeli occupation authorities.

Dr. Ashraf al-Qedra, the spokesperson of the Health Ministry in Gaza, has reported that a young Palestinian man died, on Thursday morning, from serious wounds he suffered last Friday, after Israeli soldiers shot and seriously injured him.

Dr. al-Qedra stated that Anas Shawqi Abu ‘Asser, 19, from Tal al-Hawa neighborhood in Gaza city, was shot with a live round in the head, and remained in the Intensive Care Unit until he succumbed to his serious wound.

The young man was shot during a nonviolent procession east of the Zeitoun neighborhood, southeast of Gaza City.

His death brings the number of Palestinians, who were killed by Israeli army fire since the start of the “Great Return March” nonviolent protests in Gaza, on Palestinian Land Day (March 30) to 45, including five children.

More than 7000 Palestinians, including 701 children and 225 women have been injured.

Also on Thursday, the soldiers shot two Palestinians with live fire, including one who suffered a serious injury, east of Gaza City, and  took them to an unknown destination.

The two were shot by the soldiers who surrounded them after the army advanced dozens of meters into Palestinian lands and took them to an unknown destination.

Furthermore, several young Palestinian men managed to drag a section of the second barbed-wire border fence, which was recently installed by the army on Palestinian lands near the border fence, in Khuza’a village, east of Khan Younis, in the southern part of the Gaza Strip.