The Israeli occupation forces (IOF) on Friday evening kidnaped five Gazan young men after four of them infiltrated through the border fence into Israel.

A spokesperson for the Israeli army said that four young men were arrested after they crossed into Israel from southern Gaza, claiming they were found in possession of a grenade and a knife.

Earlier on the same day, the IOF kidnaped a young passenger from Gaza at the Beit Hanoun (Erez) border crossing, north of Gaza.

The Palestinian liaison office said the Israeli security authorities at the crossing told it that a passenger called Walid al-Battrikhi, a resident of al-Shuja’iyya neighborhood in the east of Gaza City, was denied travel and arrested, without providing further details.

Israeli soldiers shot and moderately injured, Friday, a Palestinian resistance fighter of the National Resistance Brigades, the armed wing of the Democratic Front for the Liberation of Palestine (DFLP), in northern Gaza.

The Palestinian was injured after the soldiers fired a barrage of live rounds at a site, run by the Brigades, in northern Gaza.

In a statement, the National Resistance Brigades said the attack is part of Israel’s ongoing violations, and added that its fighters will continue to train and remain ready for any Israeli escalation, especially amidst the serious violations against the Palestinian people, not only in Gaza, but also in the West Bank, including occupied Jerusalem.

In addition, the Israeli army said that its soldiers arrested, on Friday evening, four Palestinians, who reportedly crossed the perimeter fence, in the southern part of the Gaza Strip, “carrying knives and grenades.”
25 aug 2019
IOF arrests Palestinian teen for allegedly carrying knife

The Israeli occupation forces (IOF) on Sunday morning claimed it frustrated an attempt by a Palestinian teenager to carry out a stabbing attack near Ramallah in the West Bank.

The IOF said it searched a 14-year-old Palestinian on a road between the West Bank settlements of Psagot and Kochav Ya’akov and found a knife in his possession.

According to the Hebrew website 0404, soldiers interrogated the boy and found that he was intending to carry out a stabbing attack.
23 aug 2019
Palestinian injured by Israeli gunfire in Gaza

A Palestinian ambulance crew managed at dawn Friday to evacuate a wounded citizen from a border area near the Israeli security fence in the northeast of Gaza Strip.

According to the health ministry, a young man suffered bullet injuries in a border area and was evacuated to hospital by an ambulance.

The Israeli occupation army claimed, for its part, that its soldiers wounded a Palestinian man who attacked them with grenades on the northern Gaza border Thursday night, adding that there were no injuries to its forces

It said the armed man was spotted approaching the border fence and launched explosives at soldiers who arrived at the scene.

The army later released video footage of the incident, showing the Palestinian man wearing a military-style vest and firing grenades with a launcher toward the border.
22 aug 2019
Eight Palestinians detained, including 13-year-old girl: Prisoner Society

It said soldiers detained the 13-year-old girl from Qalqilia after she was stopped for inspection near a settlement and allegedly a knife was found in her possession.

Israeli also detained Hiba Ahmad Labadi, from Jenin district in the north of the West Bank, upon arrival at Karama/Allenby/King Hussein Bridge crossing coming from Jordan. No reason was given for her detention.

In addition, Israeli security detained four Palestinians from Shufat refugee camp in occupied Jerusalem, including a young woman who was not identified.

A 17-year-old boy was also detained from Bidya village in Salfit district in the north of the West Bank and another 20-year-old from al-Zawiyeh, also in Salfit district.
16 aug 2019
Two Settlers Injured, Palestinian Driver Killed Near Gush Etzion 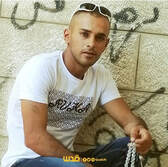 Israeli sources have reported that two colonialist settlers were injured, Friday, after being rammed by a Palestinian driver, near Gush Etzion colony, north of Bethlehem in the occupied West Bank. The sources said the Palestinian driver was “neutralized.”

One of the Israeli colonists, 18 years of age, was seriously wounded in the incident, and a 19-year-old suffered a moderate injury.

Israeli Ynetnews said “it remains unclear whether the incident was a deliberate attack, or a traffic accident,” and added that the driver was “neutralized.”

Israeli daily Haaretz said the driver, who has not been identified at the time of this report, was pronounced dead at the scene. video

Two Jewish settlers were injured in a car-ramming attack that took place on Friday afternoon in the illegal settlement of Gush Etzion in the Occupied West Bank, according to Israeli media reports.

The male youth is in serious condition suffering from a severe head wound while the other settler has moderate injuries. Both were rushed to Hadassah Hospital in Occupied Jerusalem.

The driver behind the vehicular attack has been killed by Israeli soldiers. The Israeli occupation army claimed the driver attempted to flee the scene but was shot dead before getting away.

The incident took place near highway 60 in the West Bank settlement of Gush Etzion, about seven miles away from Bethlehem.
15 aug 2019
Two Palestinian minors killed for allegedly stabbing Israeli officer
Police closed all gates of the nearby Aqsa Mosque and broke into its courtyards evacuating all worshipers by force following the incident.

A number of Palestinians were reportedly injured by live ammunition, including a guard for the Al Aqsa Mosque, when Israeli forces opened fire on people in and around the mosque following the alleged stabbing of an Israeli police officer by two unknown assailants. video guard

Israeli media sources report that the two suspects in the stabbing were both teenagers, and were both shot by Israeli troops, and one was killed. They have not been identified. video video video

The paper quoted an Israeli medic, Moshe Cordova, as saying, “When we reached the scene, we saw a man who was fully conscious. He had stabbing wounds. We gave him emergency care that included stopping the bleeding and bandaging, and evacuated him to a hospital with light wounds”.

The Al Aqsa Mosque was closed by Israeli troops, who fired live ammunition at worshipers attempting to evacuate the area, according to the Palestinian Wafa News Agency.

This incident follows a recent invasion of the Al Aqsa Mosque by hundreds of right-wing Israeli settlers this past Sunday, accompanied by Israeli soldiers, who forced their way into the mosque on one of the most significant holidays in the Muslim calendar, when tens of thousands of people had gathered to pray at the mosque.

During the scuffles that ensued, 61 Palestinians and 4 Israeli police were reportedly injured, according to the Israeli paper Ha’aretz.
14 aug 2019
Israeli military vehicles damaged in stone throwing attack

The same sources said that the Palestinian youths hurled stones and Molotov cocktails at Israeli military vehicles that were on a mission in al-Isawiya.

They added that no injuries were reported in the attack.
4 aug 2019
Israeli forces arrest two Palestinians on Gaza border

The Israeli website 0404 said that the Israeli forces arrested two Palestinian youths on Gaza border while they were attempting to infiltrate into the 1948 occupied territories.

It claimed that the two detainees, who were taken for interrogation, were carrying a grenade and a knife.

Dozens of Palestinian youths have been kidnapped by the Israeli forces on the border between the Gaza Strip and the 1948 occupied Palestinian territories since the start of 2019. Some of them have not been released yet.
1 aug 2019
Roadblocks Erected in Northern West Bank Following Shooting Incident

The Israeli army set up roadblocks this afternoon, in the north of the West Ban,k mainly on the road between Nablus and Jenin, following an alleged shooting incident.

The Israeli army claimed that shots were fired, by a man on a motorcycle, at an army patrol near the village of Beit Sharaf, to the north of Nablus, and that he was able to get away.

No one was injured in the alleged attack, said the army.

Immediately after, WAFA reports, soldiers began a manhunt for the alleged attacker and set up roadblocks from Beit Sharaf further north, to the village of Burqa.
IOF kidnaps two kids in southern Gaza

The Israeli occupation forces (IOF) on Thursday evening kidnaped two Palestinian kids under age 16 during their presence in a border area, south of the Gaza Strip.

According to the Hebrew website 0404, Israeli forces in southern Gaza spotted and arrested two kids, aged 11 and 15, after they infiltrated into an Israeli border area.

The IOF claimed one of the boys was found in possession of a knife.
Israeli Forces Kill Palestinian at Gaza Border

A young man from Gaza was shot dead before dawn on Thursday by Israeli troops after he allegedly crossed the border between Gaza and Israel. Israeli forces claim that the young man fired a gun at Israeli soldiers before they fired numerous live rounds, killing him.

The Palestinian was later identified as Hani Abu Salah. According to a statement issued by the Israeli army, the young man came across the border and clashed with the soldiers.

It is worth mentioning that Hani is the brother of Fadi Abu Salah, 20, who was killed by the Israeli army during on May 14, 2018. He was a wheelchair user who lost both of his legs during the Israeli war on Gaza in 2008.

According to the military, one officer sustained a moderate injury, and two other soldiers were slightly injured, and were transferred to the “Soroka” Hospital in Beer Sheva.

The Israeli army also announced that in the aftermath of this killing, they decided to begin firing tank shells toward the Palestinian city of Khan Younis, in the southern Gaza Strip, which led to exchanges of fire with Palestinian fighters in which no injuries were reported.

Eyewitnesses in Gaza reported that the Israeli occupation army fired two shells and light bombs at the border area east of Khuza’a town in Khan Younis after hearing the sound of gunfire. Others also spoke of Israeli planes flying in the area .