The young man Malek Ishak, from al-Khalil, was on his way to work when Israeli soldiers stopped him and violently assaulted him.

He suffered different injuries and bruises all over his body during the attack, local sources said.

Israel restricts the movement of Palestinians within the Occupied Territories, between the West Bank and the Gaza Strip, into Israel, and abroad.

Only Palestinians are restricted in this manner, while settlers are free to travel.
Israeli Soldiers Injure Two Palestinians In Nablus, One Near Bethlehem 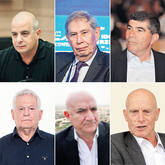 Dozens of Israeli soldiers invaded, on Thursday at dawn, Nablus city in northern West Bank, while accompanying dozens of colonialist settlers into the city, shot two Palestinians and caused many others to suffer the effects of teargas inhalation.

The soldiers also assaulted and injured a young man near Bethlehem.

The soldiers also hurled a gas bomb into a car, driven by Amir Na’el Dweikat, 22, wounding him in several parts of his body.

Both Palestinians received the needed treatment by local medics before being rushed to Rafidia governmental hospital.

Many Palestinians suffered the effects of teargas inhalation, and received the needed treatment without the need to be moved to a hospital.

The Palestinians believe that Joseph’s Tomb is the funerary monument to Sheikh Yusef Dweikat, a local religious and social figure. Others believe that the tomb belongs to the Biblical patriarch Joseph, revered by Jews, Samaritans, Christians and Muslims alike, but the site remains off-limits to the Palestinians.

In addition, the soldiers assaulted a Palestinian at the “Container” military roadblock, east of Bethlehem, before he was moved to a Palestinian hospital.

In Jenin, in northern West Bank, the soldiers invaded the home of a political prisoner from Ya’bad town, southwest of the city, identified as Adnan Hamarsha, and violently searched the property while interrogating his family.

The soldiers caused property damage to Hamarsha’s home, before confiscating his car and a mobile phone.
1 aug 2018
Israeli Army To Displace Bedouin Families For Military Training

Human Rights activist Aref Daraghma said the soldiers handed official notices to the families of Faisal Masa’eed, Ismael Masa’eed, Jamal Daraghma and Mohammad Daraghma instructing them to leave their residential areas and dwellings ahead of military drills planned for this coming Monday August 6th at 4 P.M. until Tuesday morning.

He added that the orders also instructed the families to leave their dwellings again on Thursday, August 9th, ahead of military training starting at 4 P.M until 6 A.M on Friday morning, August 10th.

The families were also ordered to leave their dwellings, yet again, on Tuesday, August 14, starting at 4 P.M. until 6 A.M the next day.

It is worth mentioning that the army has previously repeatedly destroyed and removed residential tents and small structures in the area, under the pretext of being built without permits.

The Israeli army conducts frequent military drills in several parts of the occupied West Bank, especially certain areas of Tubas, the Jordan Valley and near Hebron.

Many Palestinians, including children, have been killed and seriously injured after coming in contact with undetonated ordinances dropped by the army during training.

In January of this year, the soldiers shot a Palestinian child with a live round in the head, during a  “military training” near Tubas, in northeastern West Bank.
Israeli tanks open fire at Palestinian civilians near Gaza border

Israeli tanks on Wednesday evening fired a missile at a group of Palestinian citizens east of al-Bureij refugee camp in the central Gaza Strip.

The PIC reporter said that the tanks opened fire at a group of Palestinian youths after they managed to remove part of the border fence.

He added that no casualties were reported among the targeted youths.
Israeli Soldiers Injure Several Palestinians Near Nablus

Mohammad Azem, the mayor of Sebastia, told the WAFA Palestinian News & Info Agency, that the several army jeeps invaded the town, and attacked many Palestinians, who protested the incursion.

He added that several Palestinians suffered the effects of teargas inhalation, and received the needed treatment by local medics.

The soldiers also forced store owners in the archeological area to close, and to leave.
Army Injures Several Palestinians In Tubas

Israeli soldiers invaded, on Tuesday evening, Tammoun town, south of Tubas in northeastern West Bank, and caused many Palestinians to suffer the effects of teargas inhalation during ensuing protests.

Media sources in Tubas said the invasion took place in an area near Tammoun junction.

They added that the soldiers fired many gas bombs and concussion grenades at the protesters, causing many to suffer the effects of teargas inhalation.

The soldiers also caused fire in Palestinian lands in the area, due to the excessive firing of gas bombs and concussion grenades.

Palestinian firefighters rushed to the area, and managed to control the fire before it spread further.
31 july 2018
Israeli forces shoot, injure Palestinian youth in Gaza

Witnesses told Ma'an that Israeli forces fired live ammunition towards a group of Palestinian youths who allegedly pulled apart the Israeli security fence near Nahal Oz Israeli military post on the outskirts of the al-Shujaiyyeh neighborhood east of Gaza City.

The injured youth was transferred to a hospital for treatment.

Meanwhile, Israeli soldiers opened fire towards the return camp of the Khuzaa village in Khan Younis in the southern Gaza Strip; no injuries were reported.
Israeli soldier injured during Bethlehem clashes

An Israeli soldier was injured during clashes in the Dheisheh refugee camp in the southern occupied West Bank district of Bethlehem Tuesday dawn.

According to Hebrew-language news outlets, clashes between Palestinian youths and Israeli soldiers broke out after Israeli forces raided and searched homes in the Dheisheh refugee camp detaining one Palestinian youth.

Clashes led to a hand injury of a female Israeli soldier after Palestinian youths threw Molotov cocktails at Israeli forces.

Sources added that the Israeli soldier was transferred to a hospital for medical care; her hand injury was reported to be moderate.

Israeli raids in Palestinian towns, villages, and refugee camps are a daily occurrence in the occupied West Bank and East Jerusalem, which at times result in violent clashes between Israeli forces and Palestinian youths.
17 Palestinians arrested in pre-dawn raids

The Israeli Occupation Forces (IOF) arrested at dawn Tuesday 17 Palestinians after breaking into a number of West Bank towns and cities.

Israeli Army claimed in a statement issued today morning that 17 “wanted” Palestinians were rounded up for allegedly being involved in anti-occupation attacks.

Four Palestinians, including a woman, were detained in al-Khalil, four more arrests were carried out in Ramallah, and two detainees were reported in Jenin while another was arrested in Bethlehem.

Three more arrests were reported in Qalqilia and a citizen was kidnapped from occupied Jerusalem.

Meanwhile, violent clashes broke out early today in Dheisheh refugee camp in Bethlehem, the eastern neighborhood of Tulkarem and in the city of Qalqiliya.
30 july 2018
3 Palestinians injured by Israeli gunfire near Gaza border

Spokesman for Gaza Ministry of Health Ashraf al-Qedra said that a Palestinian youth was moderately injured after being shot in the leg east of Gaza city.

Al-Qedra said that the injured youth was immediately transferred to al-Shifa Hospital for treatment.

He added that a child and a young man were also shot and injured east of al-Bureij refugee camp in the central Gaza Strip.

Israeli soldiers stationed at the border fence east of Gaza deliberately shoot at Palestinian civilians taking part in the Great March of Return. Since the border protests started in March, 154 Palestinians have been killed and over 17,000 injured.

It said that the soldiers shot the young man in his leg, before he was rushed to the Shifa Medical Center, west of Gaza city, suffering a moderate injury.

On Sunday at dawn, the soldiers killed two young Palestinian men, after firing a missile at them, east of Jabalia, in northern Gaza.

The two slain Palestinians have been identified as ِِAyman Nafeth Rabea’ Najjar, 24, and Mohannad Majed Jamal Hammouda, 24, from Beit Lahia, in northern Gaza.

On Saturday morning, the Health Ministry said a teenage boy, identified the slain teen as Mo’men Fathi al-Hams, 17, died from serious wounds he suffered by Israeli army fire on Friday.

Israeli forces attacked one of the Freedom Flotilla ships on Sunday as it was approaching the shores of the besieged Gaza Strip and redirected its sail toward the southern Israeli seaport of Ashdod.

The Freedom Flotilla is a new flotilla made up of four ships, which intend on breaking Israel’s nearly 12-year blockade of the Gaza Strip.

Gaza’s National Committee for Breaking the Siege called upon the residents of Gaza to participate in the official welcoming reception of the Freedom Flotilla ship, which was to take place at noon at the fishermen’s port in Gaza City.

Adham Abu Salima, a spokesperson for the National Committee, confirmed the attack of Israeli forces on the Freedom Flotilla ship and that the committee has lost contact with the flotilla members.

Abu Salima added that 36 solidarity activists, including Israelis and Palestinians, from 15 various countries are onboard of the attacked ship.

Abu Salima also mentioned that before the attack, the flotilla members did not face any obstacles on their way.

One of the Freedom Flotilla ships was previously attacked by Israeli forces in international waters in 2010. The ship, which was carrying aid to Gaza, was attacked while being unarmed, killing 10 pro-Palestinian activists and injuring dozens of other peaceful activists.

Additionally, many attempts have been made throughout the years to draw the public’s attention to the on-going siege of Gaza. From 2008 through 2016, international activists have sailed 31 ships to challenge the Israeli naval blockade of Gaza.

MP Jamal al-Khudari, the head of the popular committee against the siege, condemned Israeli forces for preventing the Freedom Flotilla from reaching Gaza, seizing the ship in international waters, and redirecting it to the Ashdod seaport.

He pointed out in a statement that the solidarity activists aboard the ship sailed towards Gaza peacefully and legally. He added that the ship’s planned arrival in Gaza is aimed at breaking the unjust siege and is a right guaranteed by international law.
Army Injures Four In Hebron, Causes Many To Suffer Effects Of Teargas Inhalation

Mohammad Awad, a local media activist in Beit Ummar, said the soldiers invaded many areas in the town, especially Mothallath al-Ein area, and attacked many Palestinian youngsters, who protested the invasion.

Awad added that the soldiers shot three young men with rubber-coated steel bullets; one in his neck, and two in their legs and arms, in addition to causing many others to suffer the effects of teargas inhalation.

He also stated that the soldiers fired rubber-coated steel bullets at a car of a local medic, who rushed to render aid to wounded Palestinians, before a bullet smashed his car’s front shield, causing him to suffer various cuts and bruises, especially to his face.