At least 18 youths were injured Saturday evening when the Israeli occupation forces (IOF) opened fire at the Palestinians protesting along the border fence east of Gaza.

The PIC reporter said that the IOF attacked Palestinian protesters with live ammunition injuring 15 of them east of Jabalia refugee camp, north of Gaza.

In a related development, an Israeli drone fired at least one missile at a group of Palestinian youths north of Gaza with no injuries reported.

At the same time in Khan Younis, south of Gaza, two Palestinians, including a journalist, suffered live bullet wounds, while dozens of Palestinian youths burned car tires and launched fireworks at the border. video

Earlier in the day, a Palestinian youth was shot and injured east of al-Bureij camp, a local source reported.

These night protests are part of the Great March of Return which was launched on 30th March. Gaza border protests mainly call for breaking the siege and allowing Palestinian refugees to return to their lands from which they were expelled in 1948.
Israeli Live Rounds And Gas Bombs Burn A Farm Near Nablus

Dozens of Israeli soldiers invaded, on Saturday at dawn, Sebastia town, northwest of the northern West Bank city of Nablus, and started removing Palestinian flags, leading to protests, before the soldiers fired many live round and gas bombs, resulting in a fire that consumed a farm.

Mohammad Azem, the head of Local Council in Sebastia, said the farm was burnt shortly after the army invaded the town, due to the large number of gas bombs fired by the soldiers at random, to suppress local protesters.

Azem added that many Palestinians suffered the effects of teargas inhalation, and received the needed treatment at the scene.

It is wort mentioning that Sebastia is subject to ongoing invasions by the soldiers, and by illegal colonialist settlers, especially in the archeological area.
Israeli Soldiers Injure Several Palestinians Near Jenin

Medical sources have reported that several Palestinians suffered, on Saturday at dawn, the severe effects of teargas inhalation, in Jaba’ town, south of the northern West Bank city of Jenin.

Eyewitness said the soldiers installed a military roadblock at the main entrance of the town, before stopping and searching dozens of cars, and interrogated many Palestinians while inspecting their ID cards.

They added that many youngsters from the town protested the invasion, and hurled stones at the soldiers, while the army fired many gas bombs and rubber-coated steel bullets, causing several Palestinians to suffer the effects of teargas inhalation.

The soldiers were also extensively deployed at the eastern and western area of the town.
Israeli Soldiers Injure Several Palestinians Near Bethlehem

Israeli soldiers caused, on Friday evening, many Palestinians to suffer the effects of teargas inhalation, in Teqoua’ town, east of Bethlehem in the occupied West Bank.

They added that the soldiers fired gas bombs, and rubber-coated steel bullets, causing many Palestinians to suffer the effects of teargas inhalation.

Medics provided the needed medical treatment to the wounded Palestinians, without the need to move any of them to medical centers.

The soldiers also stopped and interrogated many Palestinians in the town, while inspecting their ID cards.
21 sept 2018
Updated: “Israeli Army Kills One Palestinian, Injures 312, In Gaza” 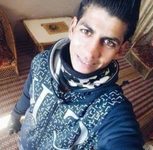 Israeli soldiers killed, Friday, a young man, and injured 312 other Palestinians, including 54 with live fire, after the army attacked the Great Return March processions, in several parts of the Gaza Strip.

The Palestinian Health Ministry in Gaza has confirmed that the soldiers killed Karim Mohammad Kollab, 25, after shooting him with live fire, east of Gaza city.

It added that the soldiers also injured 312 Palestinians, including 100 with live fire.

100 of the wounded Palestinians were rushed to hospitals in the Gaza Strip, while five of the injured residents suffered life-threatening wounds.
The Health Ministry also said that among the wounded are twenty children and two women.

According to online Israeli daily Haaretz, the army carried out several air strikes in northern Gaza, and quoted the military alleging that a number of protesters “hurled explosives and grenades,” in addition to burning tires.

It added that one soldier was mildly injured by shrapnel, while firefighters extinguished six blazes caused by flaming balloons and kites, near the border area.

On Wednesday, September 19, 2018, the soldiers killed a Palestinian child, identified as Mo’men Ibrahim Abu Eyada, 15, after shooting him in the head while he was participating in a non-violent protest east of Rafah, in the southern part of the Gaza Strip.

On Tuesday, September 18, 2018, the soldiers killed four Palestinians, at dawn and during evening hours, east of Khan Younis, and near Beit Hanoun (Erez) Terminal in northern Gaza, and injured dozens of residents with live fire, in addition firing many gas bombs and concussion grenades causing many to suffer the effects of teargas inhalation.

The slain Palestinians have been identified as Ahmad Mohammad Mohsin Omar, 20, from the al-Shati’ refugee camp, Mohammad Ahmad Abu Naji, 34, from Jabalia, in addition to Naji Jamil Abu ‘Aassi, 18, and Ala’ Ziad Abu ‘Aassi, 21, from Khan Younis.

On the same day, the soldiers killed Mohammad Yousef Sha’ban Oleyyan, 26, in occupied East Jerusalem, in addition to Mohammad Zaghloul al-Khatib, 24, after assaulting him in his home in Beit Rima town, northwest of Ramallah, in central West Bank.

One Palestinian was killed and 41 were wounded by live Israeli fire, during protests at the Gaza border, on Friday, the Gaza Health Ministry said.
Dr. Ashraf Al-Qadra, the spokesman for the Ministry of Health, reported that 41 different cases, including 30 injuries, were transferred to the hospital. Among the injuries were 21 live bullets, of which 3 were serious.

Al- Qadra said that Kareem Mohammed Kallob, 25, was shot by Israeli snipers while participating in the Great Return March, near the border fence, east of Gaza City.

Four of the wounded were said to be in serious condition. The Health Ministry said that 159 people were wounded altogether, of whom 55 required hospitalization.

Local sources said that Israeli tanks fired an artillery shell near a crowd of citizens, close to the border fence, east of Gaza City, while an Israeli drone fired two missiles at a site east of the city and its entire passage.

Over 180 Palestinians have been killed and thousands others injured since the outbreak of the Gaza border protests, on March 30. The protests call for ending the 12-year-long Israeli blockade of Gaza and for the right of return of the refugees.
Palestinians injured in IOF quelling of West Bank protests

At least 12 Palestinians, including a journalist, were injured by rubber-coated metal bullets, while dozens others suffered teargas inhalation when the IOF attacked a demonstration in Ras Karkar village, west of Ramallah.

Local sources said that Palestinians have organized peaceful demonstrations over the past three weeks in Ras Karkar in protest at Israel's confiscation of Palestinian-owned lands in the village in favor of settlement projects.

Two Palestinian youths were injured by rubber-coated metal bullets and others choked on teargas when the IOF quelled the weekly demonstration of Kafr Qaddum, east of Qalqilya, which calls for opening the village's main road that was closed 15 years ago.

Meanwhile in Ramallah, a number of Palestinian citizens suffered breathing difficulties as a result of inhaling teargas during the IOF quelling of Bil'in's weekly demonstration against settlement.

An Israeli drone fired, on Thursday evening, a missile at Palestinians east of Gaza city, wounding one, while the soldiers shot six Palestinians, east of Deir al-Balah, in central Gaza.

Medical sources said one Palestinian suffered a moderate injury, after an Israeli military drone fired a missile at several young men, near the perimeter fence, east of Gaza city.

The sources added that the soldiers fired a barrage of live rounds at dozens of Palestinians, who approached the perimeter fence, east of Deir al-Balah, wounding six, before they were rushed to Al-Aqsa Hospital.

Media sources in Gaza said many Palestinians managed to reach the fence in several areas along the eastern part of the coastal region, and launched fireworks at the soldiers, who fired many live rounds.

The protesters also burnt tires, and released flammable balloons, while the military pushed more troops and armored vehicles along the eastern parts of the Gaza Strip.
Army Injures Many Palestinians In Shu’fat Refugee Camp

Media sources said a large military force, accompanied by the police, invaded the refugee camp, and provocatively drove in its streets.

They added that the soldiers then issued fines against many stores in the refugee camp, while the police ticketed many cars.

Many youngsters protested the invasion and hurled stones at the invading soldiers, while the army fire many gas bombs, and rubber-coated steel bullets.

Medical sources said that many Palestinians suffered the effects of teargas inhalation, and received the needed treatment.
Soldiers Invade Home In Hebron, Injure One Palestinian

Israeli soldiers invaded, on Wednesday evening, a Palestinian home in the southern West Bank city of Hebron, and conducted violent searches causing damage, before assaulting and wounding one man.

Media sources in Hebron city the soldiers stormed the home of Ghaleb Abu Sbeih, in the Old City, and assaulted Shaher Abu Sbeih, causing various cuts and bruises, before he was rushed to the Hebron Governmental Hospital.

The soldiers also violently searched the property, and caused damage to furniture and belongings, while interrogating the family.
19 sept 2018
Palestinian injured in Qalqilia town

At least one Palestinian was injured after being directly hit in his neck by a teargas bomb as clashes erupted in Ezzun town east of Qalqilia, to the north of occupied West Bank.

Local sources told PIC reporter that violent clashes broke out at the entrance to the town after being brutally stormed by Israeli Occupation Forces (IOF).

Dozens others also suffered teargas inhalation due to the heavy use of teargas bombs during the raid.

IOF continue to close the main entrance to the town for the tenth consecutive day, blocking locals’ movement in both directions.
14 Palestinians injured by IOF gunfire in central Gaza
effort to block the view of Israeli snipers.

Since Wednesday afternoon, dozens of Palestinians gathered in the eastern fence of central Gaza Strip with Israel in order to join the ongoing popular Palestinian rallies known as The Great Return March.

The Great March of Return was launched on 30th March in five camps installed along Gaza's border with the 1948 occupied Palestinian territories.

The march mainly calls for lifting the 12-year-long blockade on Gaza, and for allowing Palestinian refugees to return to their lands from which they were expelled in 1948 as stipulated by UN resolutions, particularly Resolution 194 which provides for return or compensation.

Since Gaza border protests started, 188 Palestinians have been killed, 27 of whom are children, and over 19,000 injured by the Israeli army.
Israeli Soldiers Cause Schoolchildren To Suffer Effects Of Teargas Inhalation In Hebron

Israeli soldiers caused, on Wednesday morning, scores of schoolchildren to suffer the effects of teargas inhalation, after the army surrounded schools in southern Hebron, and attacked students protesting the invasion.

Rawhi Zaro, the head of the an-Nahda School, said the soldiers stopped and provoked many students while trying to enter their school, leading to protests, before the army fired many gas bombs and concussion grenades.

He added that dozens of students, and residents in the area, suffered the effects of teargas inhalation, and received the needed treatment.