0404 Hebrew website said that an Israeli soldier was injured in a stone-throwing attack east of the occupied city. Six youths were arrested for being allegedly involved in the attack.

Along the same line, a number of Israeli vehicles including a bus were stoned in similar incidents near Ma'ale Amos and Atarot settlements to the south of occupied Jerusalem.

Others incidents were reported south of al-Khalil and Nablus, in addition to north of Ramallah.
Including Six Family Members, Army Injures Several Palestinians, Abducts One, In Tubas

Media sources in Tubas said the soldiers fired many gas bombs and concussion grenades at Palestinians, protesting the invasion, in addition to directly targeted surrounding homes.

They added that many Palestinians, including six members of one family, suffered the severe effects of teargas inhalation, and were rushed to a local hospital.

The soldiers also invaded and searched several homes in the city, and abducted a young man, identified as Wisam Majeed Sawafta.

On Thursday at dawn, the soldiers detained a young Palestinian man, and installed many roadblocks, in Jenin governorate, in the northern part of the occupied West Bank.

On Wednesday at night, Israeli sources said a colonialist settler was injured after Palestinian youngsters hurled stones at a bus in Pisgat Ze’ev, in occupied Jerusalem.

Also on Wednesday at night, a Palestinian taxi driver, identified as Morad Somrain, suffered cuts and bruises to various parts of his body, including his head and face, after Israeli colonialist settlers assaulted him in Jerusalem, and was rushed to a local hospital.
20 aug 2018
Israeli army kills Palestinian, detains his body north of Gaza 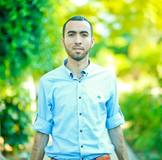 Israeli occupation army on Monday evening announced that it shot and killed a Palestinian earlier in the day for allegedly sneaking into Zekem area, north of the Gaza Strip.

Hebrew media sources reported that a Palestinian youth on Monday infiltrated about 500 meters into Zekem in the 1948 occupied Palestine and exchanged fire with an Israeli military force.

Posting a photo of a young man lying on the ground with a Kalashnikov rifle next to him, the media said that the gunman was killed after an Israeli tank and drone opened fire at him.

A spokesman for the Israeli occupation army on Monday morning claimed that an Israeli patrol came under fire by a Palestinian gunman in the northern Gaza Strip.

There were no damages or injuries among the Israeli soldiers, he added in a statement.

Gaza Ministry of Health has not yet given any information about the killing or injury of a Palestinian citizen in northern Gaza.
Israeli army claims patrol came under fire in northern Gaza

An Israeli occupation army claimed that one of its patrols came under fire by a Palestinian gunman in the northern Gaza Strip on Monday morning.

According to The Times of Israel website, the patrol soldiers returned fire and hit the gunman, apparently killing him.

There were no injuries among the Israeli soldiers, according to a military statement.

For its part, Yedioth Ahronoth website quoted army sources as saying that the gunman opened fire at the soldiers from close range, from a distance of 10-20 meters from the border fence.

The sources added that soldiers fired back and shot down the gunman.

His body were seen lying near the fence on the Gazan side, according to the website.

The Israeli army also said its forces were trying to check the identity of the gunman.

There is still no confirmation from the health ministry in Gaza about the killing or injury of a Palestinian citizen in northern Gaza.
17 aug 2018
Palestinian shot dead after knife attack in Jerusalem

An Israeli soldier was injured Friday in an anti-occupation stabbing attack in the Old City of Occupied Jerusalem. video  video

The PIC reporter said that an Israeli soldier suffered several wounds after being stabbed by a Palestinian youth at al-Majlis Gate near al-Aqsa Mosque.

The Israeli police announced that the Palestinian youth was shot and killed by their forces for "deliberately" attempting to kill an Israeli soldier.

Local sources reported that the Israeli police closed all entrances to the Old City and some of al-Aqsa gates, installed military checkpoints, and summoned more police officers in the area.

Local sources in Jerusalem and Israeli sources reported Friday afternoon that a Palestinian was shot dead in occupied Jerusalem, after attempting to stab an Israeli police officer.

The Palestinian man, from the town of Umm al-Fahm in Israel, was shot and killed by Israeli police after attempting to stab an Israeli police officer in the Old City of Jerusalem, near the Damascus Gate.

Israeli police released a video showing the street from above, with people walking, then a young man pulling out a knife and trying to stab an Israeli police officer, with the officer then moving backward behind a barricade. But the released video cuts off at that point, and does not show the officers shooting the man.

No Israelis were hurt in the incident.

Ahmad Mahameed, 30, was identified by Israeli police as the man who was killed. He had never been arrested by Israeli authorities before, nor was he on any ‘wanted’ list of suspects.

The Israeli media alleges that Mahameed left the Council Gate at the al-Aqsa Mosque at about 5:30pm. He then turned toward a group of policemen stationed a few meters away, and tried to stab one of them with the knife he was holding.

Mahameed’s hometown, Umm al-Fahm, is one of the few Palestinian towns that survived the expulsion of Palestinians in 1948 for the creation of the state of Israel. It is now home to 60,000 residents, all Palestinians. Israeli authorities have failed to provide adequate, electric, plumbing or sewage facilities to the town, and frequently deny requests from the town’s council for basic services. Though the town is located near Jenin, and has an historic relationship with the city, it has been cut off from all access to Jenin since the construction of the Israeli Annexation Wall in 2003.

Following the incident, Israeli police and military cordoned off a large area of the Old City of Jerusalem, including the al-Aqsa Mosque, and prevented Palestinians from entering for evening prayers. They also forced all worshipers who were in the mosque to leave.

In addition, the Israeli army invaded Mahameed’s town, Umm al-Fahm, closed the entrances to the town and ransacked his family home, taking several members of his family into custody for interrogation.

The commander of the Jerusalem District, Major General Yoram Halevy, told media that he deployed troops throughout the area, interrogating multiple suspects in the area of the Mosque, and removing the public from the scene.

The Palestinians responded to the decision to close the Al-Aqsa Mosque by calling for evening prayers outside at the door to the mosque. Hundreds of Jerusalemites gathered and recited the Maghrib and ‘Isha’ prayers at the doors of the mosque and demanded that it be reopened.

Israeli army claimed, in a statement issued Wednesday, that a homemade explosive device was discovered near an Israeli settlement south of Jenin.

According to the statement, Israeli forces found the bomb near Mevo Dotan settlement to the south of Jenin.

The construction of Mevo Dotan settlement increased tensions and violence in the area as it was illegally built at the expense of Palestinian lands in Yabod town south of Jenin.
11 aug 2018
Palestinian youths attack settlers’ cars near Azzun town

Palestinian youths at dawn Saturday threw Molotov cocktails at Jewish settlers’ cars travelling on a road near the northern entrance to Azzun town, east of Qalqilya in the occupied West Bank.

Local sources told the Palestinian Information Center (PIC) that the attack caused external damage to two settlers’ cars travelling on the main road near the town.

Consequently, the Israeli occupation forces (IOF) cordoned off the town and the area around it and obstructed the movement of Palestinian citizens and vehicles.

The sources said that the IOF launched violent raids on homes in the town after it closed all entrances to Azzun town and banned the residents from going in or out.
8 aug 2018
Renewed Israeli attacks reported near Gaza border

The PIC reported said that the IOF fired at least one smoke projectile and a number of teargas canisters to block the view near the border fence east of Gaza.

The Hebrew website "0404" reported that Palestinians from the Gaza Strip opened fire at an Israeli military vehicle near the border fence, adding that the vehicle was partially damaged but no injuries were reported among the Israeli soldiers.

A spokesman for the Israeli occupation army later said that an Israeli soldier was injured in the attack.

In a related development, an Israeli tank bombed a Palestinian resistance site east of Gaza with no casualties reported.

An incendiary kite, believed to have been flown by Palestinian protesters, was found in Israel’s illegal settlement of Ariel, built on Palestinian land in Nablus.

Israel’s Channel 10 alleged that the kite was fired by Palestinian anti-occupation youth from Nablus, in the first such kite-attack in the West Bank.

The same source said the event is an ill omen that prefigures a new crisis and simmering tensions across the occupied West Bank, calling for a serious response by the Israeli military to quell such a phenomenon before it goes unabated.
22 july 2018
Israeli troops targeted near Gaza border

Israeli military vehicle was targeted with gunfire on Sunday evening east of Khan Younis, to the south of the Gaza Strip.

According to Israeli media sources, no injuries were reported during the alleged armed attack.

However, a military vehicle was damaged.

Earlier Sunday, three Palestinian youths were injured Sunday evening by an Israeli airstrike that targeted a group of Palestinian citizens east of Jabalia in the northern Gaza Strip.

The radio said several men fled back to the West Bank, while some escaped Israeli forces inside the Green Line.

One young man, a 20-year-old from Jenin, was arrested and taken in for questioning by IOF, according to the sources, citing that makeshift weapons had been found in a bag of one of the suspects.
9 july 2018
Israel looks to expand demolitions of Palestinian attackers' homes

Israeli media reported Sunday that Attorney General Avichai Mandelblit is considering a bill to expand the policy of demolishing homes of Palestinians involved in attacks against settlers and soldiers without exceptions.

Makor Rishon website said that Israel's War Minister Avigdor Lieberman had asked Mandelblit to examine the possibility to demolish the homes of Palestinians who carried out attacks in which Israelis were wounded.

The website added that the Israeli Supreme Court usually allows the demolition of homes of Palestinians involved in fatal attacks only.

Quoting an unnamed Israeli official, Makor Rishon said that Lieberman believes that destroying the homes of Palestinians who carried out attacks is an effective and proven means in the fight against "terrorism", and that there is no difference between an attack that ends in murder and one that ends in a serious injury.

The Israeli occupation forces have demolished hundreds of homes of Palestinians involved in attacks against Israeli soldiers or settlers as a punishment policy to deter those planning attacks.
7 july 2018
Israeli police arrest child over alleged knife possession

Israeli police on Saturday arrested a Palestinian child at a military checkpoint northeast of Occupied Jerusalem.

Website of Yedioth Ahronoth newspaper reported that Israeli policemen from the border guard unit stopped a 16-year-old Palestinian child near Shu'fat refugee camp and searched him.

The Hebrew website claimed that the police arrested the child and transferred him to an interrogation center after a knife was found in his possession.

In another context, local sources reported that the Israeli police arrested a Palestinian citizen and his son after severely beating them in the Old City of Jerusalem. Details are still unknown.
4 july 2018
Anti-occupation shooting reported near Ramallah

A shooting attack was witnessed Tuesday evening near Beit El settlement north of Ramallah city in the central West Bank.