42 Palestinians were killed and over 5,000 others injured by the Israeli occupation forces since the start of the Great March of Return protests on March 30.

According to the Palestinian Health Ministry, 42 Palestinians were killed in Israeli aggressions on the Great March of Return protests staged near Gaza’s border. Two casualties have had their bodies withheld by the Israeli occupation authorities.

Among those injured 3,368 were evacuated to hospitals and 2,143 others received field treatment. 143 cases have been identified as critical and 1,710 others as moderate.

The list of injured Palestinians also included 592 children and 192 women and girls.

According to the ministry’s data, 1,738 protesters were shot with live bullets, 394 with rubber bullets, and 611 others were injured with teargas.

227 protesters were shot in their necks or heads, 440 in their upper body, 115 in their backs and chests, 142 in their abdomens or pelvis, and another 1,704 in their lower limbs.
Israeli Soldiers Close Kadoorie University’s Entrances, Injure Four Students

Israeli soldiers closed, Thursday, the entrances of Palestine Technical University – Kadoorie, al-‘Arroub Branch, north of the southern West Bank city of Hebron, and prevented the students and faculty from entering it, before wounding four.

The WAFA Palestinian News Agency said the Israeli Military Commander in southern West Bank has issued an order closing the main road, and entrances of the educational facility.

It added that the soldiers prevented the students and faculty members from entering the educational facility, an issue that forced them to take alternate, unpaved roads through Beit Ummar nearby town.

Many students protested the military violation against their educational facility, while the soldiers fired rubber-coated steel bullets and gas bombs, wounding four.

It is worth mentioning that, on Wednesday, the soldiers abducted a young Palestinian woman, a student of Kadoorie, and injured several students.

On Wednesday at night, the soldiers shot two young Palestinian men after opening fire at their car in Halhoul town, north of the southern West Bank city of Hebron.

On Thursday at dawn, the soldiers abducted a wounded Palestinian teen from his home in Deheishe refugee camp, south of Bethlehem, and injured several other Palestinians.

Also at dawn, the soldiers abducted Kamal al-Khatib, from his home in Deir Dibwan, east of the central West Bank city of Ramallah, and Jihad Khaled from Jaba’ town, southwest of Jenin, in northern West Bank.
Army Injures Two Palestinians Near Hebron

Israeli soldiers shot, on Wednesday at night, two young Palestinian men after opening fire at their car in Halhoul town, north of the southern West Bank city of Hebron.

Media sources in Hebron said the soldiers fired many live rounds at a Palestinian car, driving on Halhoul Bridge, at the main entrance of the town, and injured Ahmad Issa Zama’ra and Mohannad Khaled ad-Douda.

They added that Ahmad was shot with four live rounds in his back, while Mohannad was shot with one round in his arm. Both were rushed to local hospitals for treatment.
Israeli Soldiers Abduct A Wounded Teen In Bethlehem

Israeli soldiers abducted, on Thursday at dawn, a wounded Palestinian teen from his home in Deheishe refugee camp, south of Bethlehem, and injured several other Palestinians.

Media sources in Bethlehem said the soldiers invaded the family home of Hussein Eyad Shahin, 17, and searched the property before abducting him.

It is worth mentioning that, in December of last year, the soldiers shot Shahin with three live rounds in his leg during an invasion into the refugee camp.

An injured Palestinian boy was kidnapped at daybreak Thursday after the Israeli occupation forces broke into the Duheisheh refugee camp, south of Bethlehem province.

Local resident Emad Shaheen said the occupation forces wreaked havoc on the family home of his injured nephew Hussein Shaheen, 16, after they blew up the entrance gates.

The break-in culminated in the abduction of Hussein, who has reportedly been enduring excruciating pains as a result of an injury inflicted by Israeli bullet fire in December after he was shot in his feet with three bullets. Hussein had his artery severed and underwent a surgery to save his life.

Shaheen said he told the Israeli occupation forces about the minor’s critical health condition but they paid no heed.

At the same time, a number of Palestinian protesters sustained live bullet wounds and others choked on teargas fired by the Israeli military all the way through the assault.

In related news, the soldiers fired rubber-coated steel bullets, gas bombs and concussion grenades at many students and locals, participating in the celebration, coordinated with the Palestinian Prisoners’ Society (PPS) honoring seven Kadoorie students, who were recently released from Israeli detention camps.

Medical sources said one Palestinian was shot with a rubber-coated steel bullet, and several others suffered the effects of teargas inhalation.
Israeli army launches limited incursion into besieged Gaza

Four Israeli military bulldozers crept into the eastern corners of Jabaliya, on way to the southern Gaza borders.

Israeli military incursions inside the besieged Gaza Strip and near the border fence have long been a near-daily occurrence.

The Israeli army also regularly detains and opens fire on unarmed Palestinian fishermen, shepherds, and farmers along the border areas.

The practice has in effect destroyed much of the agricultural harvest of the blockaded coastal enclave.
Video: Soldiers laugh and cheer while shooting at Palestinian civilians
residents threw stones at the soldiers from a distance of 50-80 meters, and the soldiers fired stun grenades and rubber-coated metal bullets at the villagers.

Seven residents sustained injuries from the rubber-coated metal bullets the soldiers fired: two were taken to a hospital in Nablus for medical treatment, and the other five were treated on the spot.

“One live bullet, and this whole thing will be over”, the soldiers are heard joking, and one soldier directs the other to “shoot the kid with the white shirt – he’s brave, wait til he comes closer – let’s teach him a lesson.”

In posting the video, B’Tselem noted, “Joyfully cheering about shooting a person trying to clear the access road to his home and calmly discussing other ways to hit him and the other people with him are part of the discordant soundtrack accompanying 51 years of occupation.”

A number of Palestinians were injured at daybreak Wednesday from bullets and teargas canisters fired by Israeli soldiers near al-Quds University campus, in the village of Abu Dis, to the southeast of Occupied Jerusalem.

Fierce clashes erupted between dozens of Palestinians and Israeli soldiers on Tuesday night and continued until the early morning hours.

The occupation forces targeted Palestinian anti-occupation youth with teargas and bullet fire, leaving dozens of Palestinians injured. The protesters responded by hurling stones and empty bottles at the occupation patrols.

The Israeli occupation forces (IOF) on Tuesday stormed the towns of Azzun and Jayyous, east of Qalqilya in the West Bank, and carried out a large-scale search campaign, without making arrests.

Local sources told the Palestinian Information Center (PIC) that dozens of Israeli soldiers spread across olive groves between the town and scanned the area.

Soldiers also searched the area near the separation wall in Azzun and questioned some local citizens, according to the sources.

The IOF also deployed soldiers at road junctions in the town and set up checkpoints to obstruct movement of local residents.
24 apr 2018 Land day
14 Injuries reported in clashes with Israeli forces

Fourteen Palestinians on Tuesday evening were injured by Israeli gunfire in clashes that erupted with Israeli forces after they had raided Shufat refugee camp northeast of Occupied Jerusalem.

Israeli soldiers abducted, on Monday evening and on Tuesday at dawn, nine Palestinians, mainly children, from their homes in various parts of occupied East Jerusalem. The army also injured several Palestinians near Qalqilia.

Media sources in Jerusalem said the soldiers invaded, on Tuesday at dawn, Silwan town, south of the Al-Aqsa Mosque, searched homes and abducted a child, identified as Mohammad Samer Sarhan, 14.

They added that the soldiers also invaded homes in the al-‘Isawiya town, and abducted two young men, identified as Mohammad Soheib Moheisin, and Husam Sameeh Oleyyan.

It added that the soldiers also abducted Rashid Resheq, 19, and Khaled as-Sokhon, in al-Wad Street, and Abdullah al-Jolani, from Aqbat as-Saraya, in the Old City of Jerusalem.

In addition, several army jeeps invaded Jayyous town, northeast of the northern West Bank city of Qalqilia, especially the Schools Street and the Eastern Neighborhood, and fired many gas bombs and concussion grenades at locals who protested the invasion.

The soldiers also installed a military roadblock near the main entrance of Jayyous, on the Tulkarem-Qalqilia road, before stopping and searching dozens of cars, and interrogated many Palestinians while inspecting their ID cards.
Palestinian prisoner’s family home turned into rubble by Israeli army 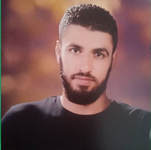 According to local sources, Israeli soldiers closed off al-Basateen neighborhood in Jenin and ordered Palestinian families to evacuate their homes pending the demolition of al-Kunbur’s family home.

Fierce clashes flared up shortly after the occupation soldiers rolled into the area and targeted Palestinian anti-occupation youth with teargas canisters, resulting in several suffocation cases.

Shortly before the demolition process, the Israeli military forced journalists out of the area at gunpoint, turning the neighborhood into a military barrack.

The demolition order was issued on charges that al-Kunba’ took part in an anti-occupation attack carried out by slain Ahmed Jarrar and which left an extremist Israeli rabbi dead.

Soldiers Detonate A Home Of A Detainee In Jenin

Dozens of Israeli soldiers, including military engineering corps, invaded at dawn Tuesday, the northern West Bank city of Jenin, and wired the family home of a Palestinian detainee, before detonating and turning it into rubble, in addition to causing damage to surrounding homes.

Media sources in Jenin said the soldiers surrounded the area and forced the family of detainee Ahmad al-Qonba’ out of their home, before wiring and detonating the property. video

The explosion destroyed the property and leveled it to the ground, in addition to causing damage to four surrounding homes.

The demolished home was 160 square/meters and provided shelter to eight Palestinians.

The family received the demolition order from the military on April 12th, informing him that the demolition of their home will be carried out on April 17th, for what the army called “participating in the killing of a settler near Nablus.”

They filed three appeals with the Israeli High Court, but the judges denied the appeals, basing the rulings on what the court called “insufficient documentation,” and because Ahmad was involved in “various security violations.”

Ahmad’s father. Jamal al-Qonba’, said the demolished property is owned by his disabled brother, and added that the family provided the army and the court with all legal documents.

The invasion and demolition led to clashes between the soldiers and local youngsters, who hurled stones at the soldiers.