Palestinian medical sources have confirmed that Israeli soldiers killed, Friday, a fourth Palestinian, in the Gaza Strip, after it killed three others earlier.

The Health Ministry stated that an Israeli army sharpshooter shot Mohammad Sharif Badwan, 27, with a live round in the chest, east of Gaza City.

Badwan is a member of the al-Qassam Brigades, the armed wing of Hamas; he was killed while unarmed and participating in the Great Return March procession, east of Gaza city, when the soldiers attacked the protesters with live fire, rubber-coated steel bullets, high-velocity gas bombs and concussion grenades.

Dr. Ashraf al-Qedra, spokesperson of the Health Ministry in Gaza, said the soldiers also injured 120 Palestinians, including 50 who were rushed to hospitals in the coastal region.

One of the wounded Palestinians in a journalist, identified as Zaki Awadallah, who was shot by the army east of Gaza city.

Also on Friday, the soldiers killed three Palestinian fighters, and injured many residents, after the army fired missiles into two sites run by the al-Qassam Brigades, the armed wing of Hamas, in Rafah and Khan Younis, in the southern parts of the Gaza Strip. video

It said that the fighters were killed when the army fired missiles at observation posts in Rafah and Khan Younis, and vowed fierce retaliation to the serious Israel escalation.

Meanwhile, Israeli Defense Minister and former nightclub bouncer Avigdor Lieberman stated on Friday that he is directing the Israeli military to prepare for an all-out assault on the besieged Gaza Strip, which he said will be “broad” and “painful.”
Israeli Soldiers Kill Three Palestinian Fighters In Gaza 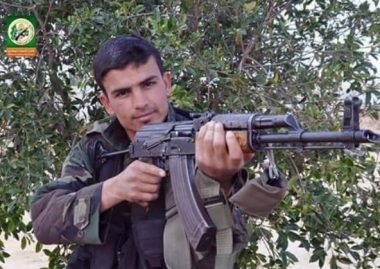 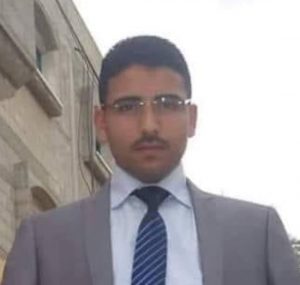 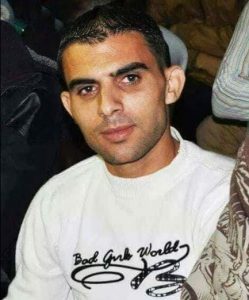 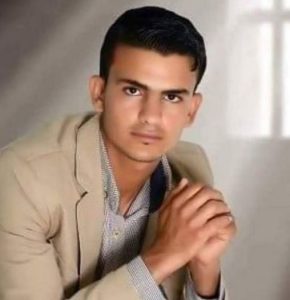 Israeli soldiers killed, Friday, three Palestinian fighters, and injured many residents, after the army fired missiles into two sites run by the al-Qassam Brigades, the armed wing of Hamas, in Rafah and Khan Younis, in the southern parts of the Gaza Strip.

It said that the fighters were killed when the army fired missiles at observation posts in Rafah and Khan Younis.

The Brigades vowed fierce retaliation to the serious Israeli escalation, and said the “Israeli crimes are foolish acts, will cause Israel to pay dearly.”

The bodies of the three Palestinians were severely mutilated by the Israeli missiles, and their remains were moved to the filed clinic, east of Khan Younis.

Following the attack, Palestinian fighters exchanged fire with Israeli soldiers along the border areas, while the army fired more live rounds, in addition to several shells into northern Gaza.

The soldiers also injured at least five Palestinians, and caused dozens to suffer the effects of teargas inhalation, along the eastern border areas, in the Gaza Strip.

On Thursday afternoon, the al-Qassam Brigades issued a statement saying that the Israeli missiles were fired at an observation post, east of Rafah, killing Abdul-Karim Ismael Radwan, 22, and wounding three others.

Meanwhile, Israeli Defense Minister Avigdor Lieberman said that Israel is planning an assault on Gaza, bigger than the Israeli war on the coastal region in 2014, in which 2100 Palestinians, including entire families, were killed, and thousands were injured.

Three Palestinians were killed and several injured, by Israeli forces, during the “Great March of Return” protests along the Israel-Gaza border, on Friday.
Two were killed after Israeli artillery shelling targeted a “monitoring point” in Khan Younis, in southern Gaza Strip, on Friday afternoon.

A third was killed in in eastern Rafah city during the protest, according to Maan News Agency.

According to local sources, hundreds of Gaza residents raced to the return camps along the eastern border of the Gaza Strip, to participate in a protest, where they demonstrated against UNWRA’s lack of assistance for refugees.

Sources added that protesters set car tires on fire, in attempt to blur the vision of Israeli snipers with smoke and flames, while they proceed with the march.
Israeli forces began firing at the protesters near the return camps located east of Khan Younis, in southern Gaza, and injured two Palestinians.

An Israeli drone dropped two missiles targeting a group of Palestinians gathering east of Rafah city, injuring four Palestinians, including one critically. The latter was rushed to the European Hospital in Gaza, where he was pronounced dead shortly afterwards.

The Health Ministry spokesman Ashraf al-Qidrah said medics did their best to rescue the injured youth. However, he succumbed to his wounds shortly.

According to Days of Palestine, the Israeli occupation state is the first country to use the US-made F-35 fighter jet to kill people –two innocent Palestinian children in Gaza Strip.

While America and the rest of the world’s attention was focused on the Wold Cup, Wimbledon, Trump’s visit to England, and the Stormy Daniels story, Israel unleashed the heaviest air strikes since 2014, on the besieged Gaza Strip.

This makes Israel the first country in the world to use the new US-made F-35 fighter jets to kill people.

According to the Palestinian Ministry of Health, Israeli airstrikes, on Saturday, injured hundreds of civilians, killing two Palestinian boys Louay Khoheel, aged 16, and Amir al-Namara, also 16, who were at a public park next to an unfinished building.

A few hours later, Amir and Louay’s parents visited the morgue to claim their bodies.

A Palestinian young man succumbed to his wounds on Tuesday morning sustained from Israeli army gunfire during the Great March of Return protests on May 14 at the Gaza border with Israel.

Sari Dawood al-Shobaki, 28, died of his wounds in one of Jerusalem’s hospitals, where he had been moved for medical treatment, family sources said.

During the protests, Sari was hit by an exploding bullet in his neck, making him quadriplegic.

More than 140 Palestinians have been killed by Israeli forces since the start of the Great March Return protests on March 30. Over 16,000 others were injured, many remain in critical condition.
16 july 2018
Israeli minister calls for killing Gaza children by warplanes

According to Yedioth Ahronoth newspaper on Monday, a sharp dispute broke out in the Israeli cabinet session. The ministers disagreed on the direct shooting of Palestinian children flying kites and balloons over Gaza border fence. Naftali repeatedly called for children to be targeted by warplanes.

"Why do not we shoot at anyone who fires aerial weapons at our communities? There is no legal impediment. Why do we shoot next to them and not at them? We are talking about terrorists in every respect."

The Israeli occupation army's Chief of Staff Gadi Eisenkot opposed Naftali's request saying, "I do not think that it is right to target children and young people who usually fly fire kites."

"And if a fire kite flyer was identified as an adult?" asked Bennett. "Are you suggesting dropping bombs from an aircraft on kites and balloons flyers?" asked Eisenkot. "Yes," said Bennett.

Israeli Prime Minister Benjamin Netanyahu ended the discussion by saying that fire kites terrorism must come to an end without explaining how.

Bennett further criticized the Egypt-brokered ceasefire reached with the Palestinian resistance factions saying that it would give Hamas a chance to rearm.

Education minister believes all incendiary balloon and kite launchers should be fired upon, while the IDF chief cautions there are children and teenagers among them; 'It's against my operational and moral positions,' Eisenkot says.

The Security Cabinet met Sunday to discuss the tensions on the Gaza border, with the discussion focusing on a response to the incendiary kites and balloons, which have been wreaking havoc in Israel, burning thousands of acres of farmland and wooded areas. While the Cabinet approved a new policy according which the IDF would open fire on any cells launching incendiary balloons and kites, Bennett disagreed with the nature and force of the response.

When discussing the fact children are often among the incendiary balloon and kite cells, Bennett wondered, "Why not shoot anyone who launches aerial weapons at our communities, and at the cells? There is no legal impediment. Why shoot next to them and not directly at them? These are terrorists for all intents and purposes."

The IDF chief responded, saying, "I don't think shooting teens and children—who are sometimes the ones launching the balloons and kites—is right."

"And what if it's an adult identified as an adult?" Bennett asked.

"Are you proposing to drop a bomb from a plane on incendiary balloon and kite cells?" Eisenkot asked.

When Bennett responded in the affirmative, the IDF chief said: "I disagree with you. It's against my operational and moral positions."

During the discussion, defense officials reported that Hamas was very surprised by the intensity of the IDF attacks over the weekend and begged for a ceasefire. They explained the IDF's policy regarding the incendiary balloons launchers is not to shoot to kill them, with the attacks carried out near launch sites in an effort to wound and deter.

Bennett was also criticial of the government's decision to accept the ceasefire with Hamas and Islamic Jihad in Gaza after an intense round of fighting on Saturday. "A ceasefire without stopping terrorism is surrender," he determined.

"For three months, we've been witnessing the fire terrorism, with some 1,000 explosive and incendiary balloons used against the Gaza border residents. Just in the past few days, the south's residents suffered some 200 rockets," Bennett lamented.

"In a timing that is convenient it, Hamas is dictating that we're now having a ceasefire. So let's make this clear: a ceasefire without stopping the fire terrorism is not deterrence, it's surrender," he stressed.

Bennett said he and Justice Minister Ayelet Shaked would object in the Cabinet to "any ceasefire that allows Hamas to rearm itself and allows Hamas to continue launching fire balloons towards the south's residents."
14 july 2018
Two children killed as Israel renews Gaza strikes
Israeli warplanes fired at least eight missiles targeting the empty building to the west of Gaza city, causing extensive damage. video

Saturday’s attacks were the largest since 2014 when the Israeli army launched a devastating war on the Gaza Strip, killing more than 2,000 Palestinians and injuring thousands.
Palestinian teen shot at Gaza protest pronounced dead

A Palestinian teenager was proclaimed dead on Saturday morning after he succumbed to a bullet injury he sustained the day before in a protest rally organized southeast of the besieged Gaza Strip.

A spokesman for the health ministry said that 18-year-old Mohamed Sharab had suffered a serious bullet injury in the chest after an Israeli sniper shot him during his participation in a March of Return protest held on Friday east of Khan Younis.

At least one protester was killed and about 68 others were injured by Israeli forces on Friday, as hundreds of protesters made their way to the Gaza-Israel border as part of the ongoing Great March of Return protests, demanding their right to return to their homes in pre-1948 Palestine.

Soldiers manning the border fence fired live bullets and teargas canisters towards the protesters, who gathered at many encampments along the border, killing Othman Rami Hilles, aged 15, and injuring at least 68 others by gunfire.

Other protesters, meanwhile, sustained suffocation as a result of teargas inhalation, according to WAFA.

The Great March of Return protests began on March 30, for the commemoration of Land Day, when, in 1976, six Palestinian citizens of Israel were killed by Israeli forces, after protesting the confiscation of their land.

Demonstrations reached a peak on May 14, which marked 70 years since the Nakba – the ethnic cleansing of hundreds of thousands of Palestinians, by Zionist militias – upon which more than 60 protesters were shot dead by the Israeli forces.