Israeli settlers demolished an under-construction house in the town of Silat ad-Dhahar, south of Jenin, on Saturday while other settlers seized a water well in the village of Madma near Nablus.

Jihad al-Zabidi, an employee in Silat ad-Dhahar municipality, said, “A group of Israeli settlers demolished an under-construction house near the evacuated settlement of Homesh”.

“The settlers demolished the house at night”, he told Quds Press, adding that the house is near the settlement where they regularly arrive to practice their religious rituals.

Zabidi said that the owner of the house, Iyad Abu Diyak, was shocked by the destruction that befell his house.

In the same context, Israeli settlers seized control over a water well that the people of Madma village use for agricultural purposes.

Talat Ziada, head of the village council, said that Israeli settlers from Yitzhar settlement stole water from al-Sha’ra well that people use for irrigation purposes.

According to Ziada, the Israeli occupation authorities have been preventing them from approaching the well for years, which make it vulnerable to settlers’ attacks.

Ziada said that he would follow up the issue with concerned authorities in order to stop the settlers' violations, noting that the village was already suffering from poor water resources.
Israeli bulldozers raze Palestinian lands in Salfit

Israeli settlers’ bulldozers razed more Palestinian lands in Deir Ballut town in Salfit province to the north of the West Bank to pave the way for settlement expansion.

The PIC reporter quoted local farmers as saying that bulldozers belonging to the Israeli illegal settlement of Leshem razed Palestinian agricultural lands located near the local homes in the town.

The bulldozing operations led to a severe lack of land for local farmers and distorted the beautiful landscape, the sources added.

The Leshem settlement was constructed in 2013 on Palestinian lands from the nearby Kafr al-Dik and Deir Ballut villages.

At the time, three major architectural sites in the area were damaged by its construction.

Leshem is located within the expansive Ariel settlement bloc as it cuts deep into the northern West Bank, south of Nablus.

The construction of settlements and the transfer of the occupying power's population into occupied lands is strictly forbidden under international law, and critics have likened the situation to "colonialism" and "apartheid."
8 dec 2016
Israeli settlers storm al-Aqsa early Thursday

Israeli policemen were deployed in large numbers in the compound to pave the way for the settlers’ break-in.

Some settlers tried to perform Talmudic rituals in clear provocation to Palestinian worshipers who started shouting Takbeer in protest against the settlers’ presence.

On the other hand, Israeli police continued to prevent a number of Jerusalemite women from having access to al-Aqsa for allegedly being involved in protests against settlers’ presence in the holy shrine.

Tension remained high in and around al-Aqsa Mosque since early October 2015 after Israeli police repeatedly stormed the site and restricted Palestinians’ access into it, while allowing large numbers of settlers to access the holy site under heavy protection.
6 dec 2016
Trump adviser's family donated to Israeli settlement groups 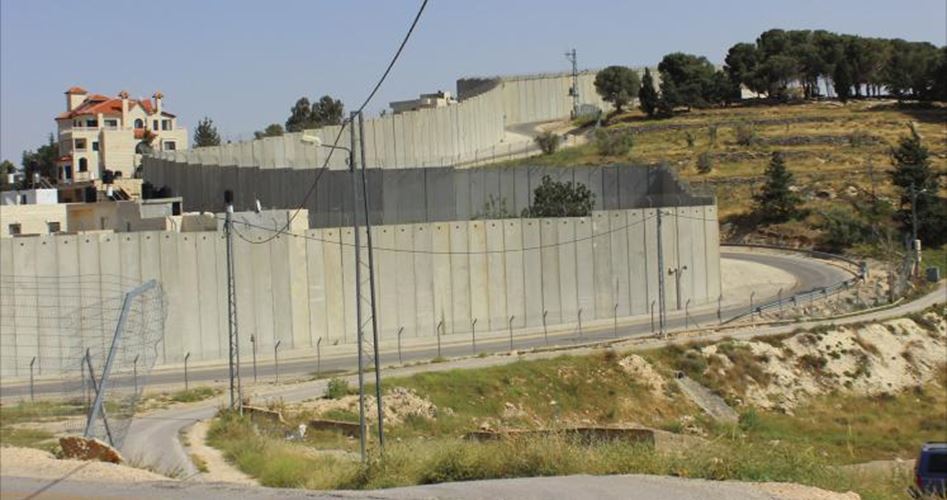 US tax records indicate that Donald Trump's son-in-law, Jared Kushner, directs with his siblings a family foundation which has donated tens of thousands of dollars to settlement organizations in the West Bank.

US tax records show that President-elect Donald Trump's son-in-law co-directs a family foundation that has donated tens of thousands of dollars to Jewish settlement organizations in the West Bank.

Trump has said Jared Kushner, who serves as a close adviser, could help negotiate a peace agreement between Israel and the Palestinians. The donations by Kushner's parents' foundation raise questions about Trump's previous statements in which he said that his administration would endeavor to remain neutral in any mediation efforts.

Risa Heller, a spokeswoman for the Kushner companies, declined to comment on the donations to the settlement groups. She says the family is "extremely generous" and has given away over $100 million to charitable causes.
Israeli fanatic hordes force way into 3rd holiest site in Islam

Hordes of Israeli settlers on Tuesday morning stormed the holy al-Aqsa Mosque via the Maghareba Gate.

The break-in was carried out under a tight escort by the Israeli occupation cops and rapid intervention troops.

Prior to the break-in, the occupation police unblocked the Maghareba Gate and cordoned off the plazas of the al-Aqsa Mosque so as to set the stage for the assault.

The Israeli fanatics performed Talmudic rituals while the peaceful Muslim worshipers kept chanting “Allahu Akbar” (Allah is the Greatest) in protest at the break-in.

Meanwhile, the occupation policemen continue to prevent a number of Palestinian women from performing their prayers at al-Aqsa place of worship—the third holiest site in Islam.
Illegal Colonists Uproot 40 Dunams Of Palestinian Lands Near Nablus

Ghassan Daghlas, a Palestinian official in charge of settlement’s files in the northern part of the West Bank, said the colonists used various bulldozers to uproot the lands, located in the eastern area of the village.

Daghlas added that the lands are also only 40 meters from an Israeli colony, known as Yesh Kodesh, illegally built on Palestinian lands.

On Monday evening, the soldiers invaded the lands and confiscated keys of many Palestinian tractors, before allowing the illegal colonists to invade and uproot several areas.
Knesset approves controversial settlement bill

The bill, passing with 60 voting in favor and 49 against, would see thousands of dunums of privately-owned Palestinian land seized and dozens of illegal Israeli outposts in the occupied West Bank retroactively legalized.

However, the bill would not be applicable to Amona.

A clause demanding that the symbolic Amona outpost be retroactively legalized was removed from the bill, according to Israeli media sources.

Following the vote, the bill will be brought to a first reading in the Knesset on Tuesday.

The revised version allows the "state of Israel" to give settlers “usage rights” to privately-owned Palestinian land, but not ownership rights, while Palestinians who can prove ownership of land would receive “compensation,” according to the Hebrew daily Haaretz.

UN Special Coordinator for the Middle East Peace Process Nickolay Mladenov reacted immediately to the passage of the bill, saying that the bill will annex parts of the West Bank to Israel.

Such steps would undermine any chance for peace, he added.

Human rights groups and international leaders have strongly condemned Israel’s settlement construction, saying it is a strategic maneuver to prevent the establishment of a contiguous, independent Palestinian state by changing the facts on the ground.
5 dec 2016
Israel increases visiting hours of settlers to al-Aqsa

The Israeli police decided Monday to provocatively increase the visiting hours of settlers to al-Aqsa Mosque.

The PIC reporter quoted local sources as saying that an hour has been added to the settlers’ visiting time to al-Aqsa.

The new timing will extend settlers’ presence in al-Aqsa from 7 a.m. to 11 a.m.

Meanwhile, a group of Israeli settlers, escorted by police officers, stormed the plazas of the holy al-Aqsa Mosque on Monday morning.

The settlers broke into the Mosque via the Israeli-controlled Magharibeh gate under a tight security shield by heavily-armed Israeli cops.

The Israeli fanatics reportedly tried to perform Talmudic rituals in the compound in total provocation to the Muslim worshipers and sit-inners.

Meanwhile, a group of Jerusalemites including women were denied access into the compound.

The Jerusalem center for Israeli and Palestinian affairs affirmed in a new report that 1,226 Israelis stormed al-Aqsa Mosque in occupied Jerusalem over the past month.

996 Israeli settlers stormed the holy shrine during November along with 148 Israeli policemen and soldiers in their military uniform, in addition to 182 Jewish students.

The report pointed out that 28,985 tourists visited the holy shrine during the same period.