“The Great March of Return” 230 killed

The Palestinian Health Ministry announced the death of 25-year-old Iyad Youssef Suleiman from wounds he sustained in the Israeli offensive launched on the besieged Gaza Strip in July 2014.

Suleiman, a native of Jabalia city, north of the besieged Gaza Strip, was pronounced dead on Wednesday.

The 2014 onslaught launched by the Israeli occupation military on the blockaded coastal enclave of Gaza took away the lives of over 2,000 Palestinians and left thousands of others wounds. Heavy material damage was wrought on civilian homes and infrastructure.
26 nov 2018
Palestinians Protest The Killing Of Nurse From Bethlehem

Hundreds of Palestinians marched, Monday, in the West Bank city of Bethlehem, protesting the assassination of a Palestinian nurse, who was killed by Israeli soldiers while heading to Hebron to assist a patient.

Media sources in Bethlehem said the processions took off from Bethlehem University and Palestine Ahliya University, along with several other areas, before matching towards the home of Ramzi Abu Yabis, in Deheishe refugee camp, south of Bethlehem.

They marched chanting against the ongoing Israeli occupation, and the execution of Abu Yabis, who was driving to Hebron, to visit with a patient, when the soldiers shot and killed him following a traffic accident with them. video

The army claimed the Palestinian “deliberately rammed the soldiers,” wounding three. One soldier suffered a moderate wound, and two others were mildly injured.
In video - Palestinian shot, killed for alleged attack near Gush Etzion
Medical crews also confirmed that one of the three soldiers suffered moderate injuries, while the two others suffered minor injuries.

A Palestinian citizen was shot dead on Monday by the Israeli occupation forces (IOF) in al-Khalil, Palestinian medical sources said.

The Palestinian Ministry of Health announced in a brief statement that Ramzi Abu Yabes was shot and killed by the IOF in Beit Ummar town, north of al-Khalil city.

The Palestinian Red Crescent Society said that the IOF further kidnapped Abu Yabes's body from the ambulance that was taking him to the hospital, and transferred him to an undeclared destination by an Israeli military vehicle.

Local sources said that Abu Yabes, a resident of Dheisheh refugee camp who worked as a nurse at a Palestinian hospital in Bethlehem, is in his 30s.

The Hebrew website "0404" claimed that Abu Yabes was shot after he carried out a car-ramming attack in al-Khalil in which three Israeli soldiers were slightly injured.
West Bank worker dies at Israeli crossing

A Palestinian workman died on Sunday after waiting at ad-Dhahiriya (Meitar) crossing in the occupied West Bank for long hours in order to go to his workplace in the Negev.

Local sources in ad-Dhahiriya town told a reporter for the Palestinian Information Center (PIC) that 30-year-old Yousef Awaisa died of a severe heart attack at the Israeli crossing that leads from al-Khalil to the Negev.

Several human rights NGO have accused Israel of forcing Palestinians to withstand “cruel and inhuman” conditions at its crossings and checkpoints.
20 nov 2018
Palestinian Teen Dies From Wounds Suffered On November 14 In Jerusalem 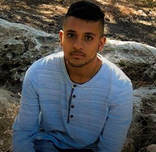 The Palestinian, identified as Abdul-Rahman Ali Abu Jamal, 17, from Jabal al-Mokabber, allegedly climbed the fence of a police station, and attacked the officers stationed there.

An Israeli policewoman shot Jamal multiple times at the police station, which was built on Palestinian lands in Jabal al-Mokabber, seriously wounding him, and causing minor injuries to another police officer.

Abu Jamal was moved to Shaare Zedek Medical Center, in Jerusalem, and remained in a critical condition until he succumbed to his wounds.

Israeli sources claimed that three officers were lightly wounded in the same incident, and added that the medics “gave them first aid and took them to the hospital, fully conscious and in stable condition, and released them shortly after being admitted.”

It is worth mentioning that, after in incident, dozens of soldiers and police officers repeatedly invaded Abu Jamal’s home, and detained five members of his family, including his mother, and took photos and measurements of the home, to demolish it later.
DCIP: 52 children, mostly in Gaza, killed by Israel in current year

Defense for Children International – Palestine (DCIP) said that the Israeli occupation forces (IOF) had killed 52 Palestinian children, 46 of them in the besieged Gaza Strip, since the beginning of the current year, 2018.

In a report released on Monday on the occasion of Children's Day, DCIP affirmed that 18 children of those killed by the IOF were shot dead in their heads, nine in their chests, seven in their abdomens and five in their necks, while the others received injuries in different areas of their bodies.

DCIP accused the IOF of intentionally causing fatal injuries to those children and persisting in using excessive force and live fire against Palestinian children in general.

It attributed such deliberate targeting of children to the immunity provided for Israeli soldiers, who knows that they will not be held accountable for their actions.
14 nov 2018
Israeli navy shoots, kills Palestinian fisherman off Gaza shore

The Israeli navy on Tuesday afternoon shot and killed a Palestinian fisherman off northern Gaza shore.

The PIC reporter said that the fisherman sustained a serious injury in the abdomen and died shortly after he arrived at the hospital.

Gaza Ministry of Health confirmed the news and announced that Nawwaf al-Attar, 23, died after being shot in the abdomen while sailing off Beit Lahia in the northern area of the Gaza Strip.

Head of the Palestinian Fishermen Syndicate in Gaza Nezar Ayyash earlier in the day said that the Israeli navy on Tuesday attacked Gaza fishermen and prevented them from sailing in the permitted fishing zone.

Zakaria Baker, who leads a committee in charge of Gaza fishermen's affairs, told Quds Press that the Israeli occupation authorities, following the latest military aggression on Gaza, reduced the fishing zone to one nautical mile in some areas.

Based on the Oslo Accords, signed by the Palestine Liberation Organization and Israel in 1993, Gaza fishermen have the right to fish and sail within a 20-nautical-mile area; however, Israel has reduced the fishing zone to three nautical miles.
13 nov 2018
Despite ceasefire talks: 1 Palestinian killed, 3 injured in Israeli airstrikes

One Palestinian was killed and at least three others were injured in Israeli airstrikes targeting the besieged Gaza Strip, on Tuesday afternoon, despite reports of ceasefire agreement.

Israeli warplanes carried out airstrikes targeting a group of Palestinians in the northern Gaza Strip, killing one Palestinian.

Sources added that Maarouf's death raises the death toll of Palestinians killed in the Gaza Strip, since Monday evening, to seven. More than 30 Palestinians were injured during the airstrikes.

Hebrew-language news outlets reported that talks of ceasefire were made.

Israeli warplanes had targeted and demolished three residential buildings, which were home to three Palestinian families, and another five commercial buildings, including a hotel, in Gaza City.

Another Israeli warplane had also fired a warning missile at a college building in the Tel al-Hawa neighborhood, west of Gaza City, causing material damages to the area.

Reports confirmed that Israeli warplanes also targeted agricultural lands in Gaza City, and in the central, northern and southern parts of the Strip.
Moreover, Israel had shelled the headquarters of the Hamas-affiliated al-Aqsa TV in Gaza City, and completely destroyed it, overnight Monday.
Army Kills Two Palestinians In Gaza

Israeli soldiers killed, Tuesday, two Palestinians, and injured many others, in a series of air strikes targeting residential buildings, lands and structures, in various parts of the Gaza Strip.

Dr. Ashraf al-Qedra, the spokesperson of the Health Ministry in Gaza, said the army killed Mos’ab Hos, 20, in Malaka area, east of the Zeitoun neighborhood in Gaza city.

The Israeli missile severely mutilated the remains of the slain Palestinians, and caused various injuries and burns to at least three others.

Dr. al-Qedra added that the soldiers also killed Khaled Riyad Ahmad Sultan, 26, who working on his own farmland, in the Salateen area, west of Beit Lahia, in northern Gaza, after firing a missile at his land.

Their deaths bring the number of Palestinians, killed by Israeli army and shells in Gaza, in less than two days, to six while dozens have been injured, some seriously.

Furthermore, the soldiers injured at least two Palestinians after the army fired missiles into an area near a local mosque, east of Rafah, in southern Gaza.

It is worth mentioning that the Israeli army carried out many strikes in several parts of the Gaza Strip, causing excessive property damage, including many buildings and roads.

An Israeli fighter-jet fired missiles into a residential building in the densely-populated ar-Rimal neighborhood, in the center of Gaza city.

The building, owned by members of the al-Yaziji family, was completely leveled to the ground, while many surrounded homes and properties were damaged.

The escalation came hours after the army targeted many residential neighborhoods, and various buildings, including government-run facilities, and a hotel west of Gaza city.
Palestinian Dies From Serious Wounds Suffered Monday

The Palestinian Health Ministry has confirmed that a young man died, on Tuesday at dawn, from serious wounded her suffered, on Monday evening, after Israeli soldiers fired missiles into an area, east of Rafah, in the southern part of the Gaza Strip. One Palestinian was killed by a shell fired from Gaza into Asqalan.

It said that the Palestinian has been identified as Mousa Eyad Abdul-Al, 22, from Rafah, and added that he succumbed to his serious wounds.

The Al-Quds Brigades, the armed wing of the Islamic Jihad in Palestine, said the Palestinian was one of its members.

He was injured when the Israeli Army and Air Force fired missiles and shells into several parts of the Gaza Strip, killing three Palestinians and wounding dozens, some seriously.

The slain Palestinians have been identified as Mohammad Zakariya al-Tatri, 27, and Mohammed Zohdi Odeh, 22, who were killed in Israeli airstrikes targeting the northern part of the Strip, in addition to Hamad Mohammad al-Nahal, 23, was also killed in an air strike that targeted the eastern part of Rafah city.

The army also fired many missiles into several parts of the Gaza Strip, including three that struck the Ansar Security Compound, west of Gaza city, destroying it and caused damage to many homes.

Many missiles also struck areas in the southern and western parts of Gaza city, in addition to Khan Younis, in the southern part of the coastal region, and in Deir al-Balah, in central Gaza.

In related news, a Palestinian, identified as Mahmoud Abdul-Hamid Abu Asba, 48, from Halhoul town, north of the southern West Bank city of Hebron, was killed by a mortar which was fired by Palestinian fighters in Gaza, into an area in Asqalan (Ashkelon).