Israeli military forces have shot dead a Palestinian man at the Gaza Strip's border, claiming he was going to “sabotage” a fence separating the besieged territory from the occupied territories.

The Israeli military admitted in a statement Sunday that the man died after sustaining fatal injuries.

The deadly encounter came a day after the Israeli military clashed with anti-occupation protesters at the fence, killing one person and injuring about 400 other people.

The Gaza clashes reached their peak on May 14, on the eve of the 70th anniversary of Nakba Day, or the Day of Catastrophe, which coincided this year with the US embassy relocation from Tel Aviv to occupied East Jerusalem al-Quds.

Earlier on Sunday, a video clip made the rounds on social media, appearing to show Israeli troops shooting a Palestinian boy at a time when he posed no obvious threat.

In the video, 16-year-old Ahmad Misbah Abu Toyour is standing near the fence as he is taking part in "The Great March of Return" protests. Toyour throws a stone at Israeli forces, and a shot rings out and he falls to the ground obviously in a great deal of pain.

The Palestinian teenager succumbed to his gunshot wounds at the European Hospital in the city of Khan Yunis, located about 25 kilometers south of Gaza City, on Saturday morning.

Israeli soldiers killed, on Sunday evening, a young man near the perimeter fence, in Abu Safiyya area, east of Jabalia, in the northern part of the Gaza Strip, and abducted three other Palestinians.

The Israeli army claimed the Palestinian was killed by the soldiers while trying to breach the perimeter fence.

The slain Palestinians have been identified as Attaf Abed-Rabbo Saleh, 32, from Jabalia.

It added that the soldiers also detained three other Palestinians, and claimed they carried knives, and were moved to an interrogation facility.

After shooting the young man, the soldiers crossed the fence and advanced a few meters into Gaza, before taking him, and the other Palestinians. It later said the man has died from his wounds.

Medical sources in Gaza said Palestinian medics tried to reach the seriously wounded young man, but the soldiers opened fire at them, preventing them from even approaching him.
8 sept 2018
Injured Gazan child succumbs to his wounds
Since Gaza's peaceful border protests started on 30th March, 173 Palestinians have been killed and over 18,000 injured.
7 sept 2018
Army Kills A Palestinian Teen, Injures 210, In Gaza

The Palestinian Health Ministry has reported that Israeli soldiers killed, Friday, a teenage boy, and injured at least 210 others, during the Great Return March processions, in several parts of the besieged Gaza Strip.

Dr. Ashraf al-Qedra, the spokesperson of the Health Ministry in Gaza said the soldiers killed Bilal Mustafa Kahafaja, 17, after shooting him with a live round in the chest, east of Rafah, in the southern part of the Gaza Strip.

He added that the soldiers also injured 210 Palestinians, including 45 with live fire, and added that 70 of the wounded were moved to several hospitals, while the rest received treatment in make-shift hospitals. Among the wounded are fifteen children.

Media sources in Gaza said the soldiers, including sharpshooters, stationed on sand hills and fortified posts, fired dozens of live rounds, in addition to rubber-coated steel bullets and high-velocity gas bombs at the protesters, along the eastern part of the Gaza Strip.

Updated: The Palestinian Health Ministry in the Gaza Strip has reported that Israeli soldiers shot, Friday, twenty-four Palestinians, and caused dozens to suffer the effects of teargas inhalation, during the Great Return March procession, near the perimeter fence, in the eastern parts of the besieged region.

Dr. Ashraf al-Qedra, the spokesperson of the Health Ministry in Gaza, said the Israeli army continued its excessive use of force against the processions for the 24th consecutive week, and added that army sharpshooters shot eleven Palestinians with live fire.

Sixteen of the wounded Palestinians were moved to various hospitals in the Gaza Strip, and the rest received treatment by medics and the field clinics.
He said the soldiers shot three Palestinians east of the Zeitoun neighborhood, southeast of Gaza city.

The soldiers also shot one Palestinian east of Jabalia town, in northern Gaza, causing moderate wounds, before he was rushed to the Indonesian hospital in nearby Beit Lahia.

Another Palestinian was shot in his leg, east of Khuza’a town, east of Khan Younis, in the southern part of the Gaza Strip, before he was rushed to the European hospital, suffering a moderate injury.

The soldiers also attacked and injured several Palestinians, east of the al-Boreij refugee camp, in central Gaza, and east of Rafah, in the southern part of the coastal region.

One of the wounded Palestinians was rushed to Abu Yousef Najjar hospital, in Rafah, after suffering a moderate injury, while dozens were treated for the effects of teargas inhalation.

Dr. Al-Qedra said the soldiers have killed 172 Palestinians, including three medics and two journalists, and injured 19139 others in the Gaza Strip, since the Great Return March procession started on Palestinian Land Day, March 30th, 2018.
Palestinian youth succumbs to Israeli-inflicted wounds 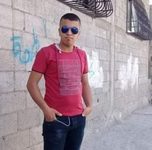 A Palestinian young man was pronounced dead at daybreak Friday after he succumbed to wounds wrought by Israeli bullet fire during the Great March of Return protests staged at the Gaza border.

A PIC news correspondent said 19-year-old Amjad Hamdouna, from Jabalia Camp, died of wounds he sustained after the Israeli occupation army opened fire at peaceful protesters near the border fence separating the blockaded Gaza Strip from Israel (territories occupied in 1948).

Hamdouna was shot and injured on July 14, 2018 north of the besieged Gaza Strip. His condition had been indentified as critical. He breathed his last at the crack of dawn.

At least 181 Palestinians were fatally gunned down by Israeli snipers since the launch of the Great March of Return protests, on March 30. Nine causalities have had their bodies withheld by the occupation authorities.
3 sept 2018
IOF kills Palestinian in al-Khalil
Israeli forces reportedly shot the youth with several bullets throughout his body and prevented the access of ambulance crews to the site of the incident, leaving the youth to bleed to death.

No Israeli soldiers were injured or hurt in any way, as the young man was shot while far from the checkpoint.

Reporters from Palestine TV attempted to cover the incident, but were prevented by Israeli soldiers from accessing the area, and were attacked by the soldiers, who hit them and tried to break their equipment.

According to Human Rights Watch, Palestinians in Hebron are subjected to harassment ‘almost every day’ owing to a resurgence of extremist Zionism within Jewish enclaves.

In 2016, two Israeli soldiers received only 9 months in prison for shooting two Palestinian civilians dead; in 2012 a female Israeli soldier was awarded a Certificate of Merit for shooting an unarmed 17-year-old boy at a checkpoint, according to journalist Ruari Wood of Amity Underground.

Israeli settlers in Hebron frequently chop down olive trees that provide a livelihood to many Palestinians, and rolling armored Caterpillar bulldozers through buildings that have reliably sheltered generations of Palestinian families.
31 aug 2018
PLO Report: 19 Palestinians Killed by Israelis in August

Israeli occupation forces killed a total of 19 Palestinians, including four children, during August of 2018, according to a report by Abdullah Horani Center of the Palestine Liberation Organization (PLO).

The center said, according to WAFA, that of those 19 Palestinians, 17 were killed by Israeli forces during the Great March of Return protests at Gaza’s border, or in airstrikes on the Gaza Strip.

Another Palestinian was killed in the occupied West Bank, and the last was a Palestinian citizen of Israel.

According to the report, Israel is currently withholding the bodies of 28 slain Palestinians from the West Bank and the Gaza Strip, in violation of international humanitarian law.
20 aug 2018
Israeli army kills Palestinian, detains his body north of Gaza

Israeli occupation army on Monday evening announced that it shot and killed a Palestinian earlier in the day for allegedly sneaking into Zekem area, north of the Gaza Strip.

Hebrew media sources reported that a Palestinian youth on Monday infiltrated about 500 meters into Zekem in the 1948 occupied Palestine and exchanged fire with an Israeli military force.

Posting a photo of a young man lying on the ground with a Kalashnikov rifle next to him, the media said that the gunman was killed after an Israeli tank and drone opened fire at him.

A spokesman for the Israeli occupation army on Monday morning claimed that an Israeli patrol came under fire by a Palestinian gunman in the northern Gaza Strip.

There were no damages or injuries among the Israeli soldiers, he added in a statement.

Gaza Ministry of Health has not yet given any information about the killing or injury of a Palestinian citizen in northern Gaza.
Israeli army claims patrol came under fire in northern Gaza

An Israeli occupation army claimed that one of its patrols came under fire by a Palestinian gunman in the northern Gaza Strip on Monday morning.

According to The Times of Israel website, the patrol soldiers returned fire and hit the gunman, apparently killing him.

There were no injuries among the Israeli soldiers, according to a military statement.

For its part, Yedioth Ahronoth website quoted army sources as saying that the gunman opened fire at the soldiers from close range, from a distance of 10-20 meters from the border fence.

The sources added that soldiers fired back and shot down the gunman.

His body were seen lying near the fence on the Gazan side, according to the website.

The Israeli army also said its forces were trying to check the identity of the gunman.