“The Great March of Return” 212 killed

12 oct 2018
7 Palestinians killed, 112 injured by Israeli fire
Ashraf al-Qidra, a spokesman for the ministry, identified the victims who lost their lives east of al-Bureij as Ahmed al-Tawil, Muhammad Ismail, Abdullah al-Dagham, all in their twenties, as well as the 17-year-old Ahmed Abu Naim.

Afifi Atta, 18, was also among the protesters killed on Friday, the spokesman added.

Among those wounded, a girl was critically injured while five other people were in serious condition.

Tensions have been running high near the fence since March 30, which marked the start of a series of protests dubbed “The Great March of Return.” Palestinian protesters demand the right to return for those driven out of their homeland.

The clashes in Gaza reached their peak on May 14, the eve of the 70th anniversary of Nakba Day, or the Day of Catastrophe, which coincided this year with Washington's relocation of the US embassy from Tel Aviv to occupied Jerusalem al-Quds.

More than 190 Palestinians have so far been killed and over 20,000 others wounded in the renewed Gaza clashes, according to the latest figures released by the Gaza Health Ministry.

Gaza has been under Israeli siege since June 2007, causing a decline in living standards as well as unprecedented unemployment and poverty.

Israel has also launched several wars on the Palestinian sliver, the last of which began in early July 2014 and ended in late August the same year. The Israeli military aggression killed nearly 2,200 Palestinians and injured over 11,100 others. 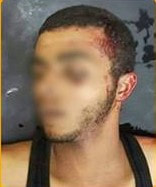 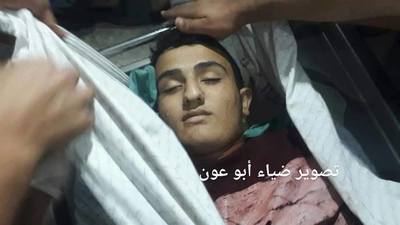 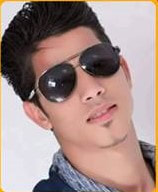 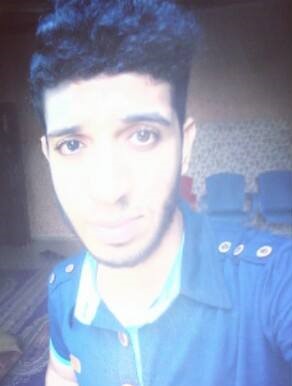 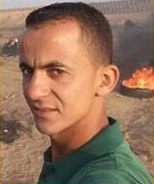 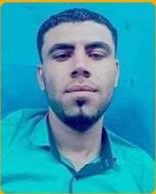 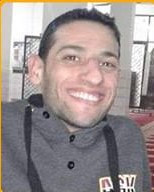 At least 7 Palestinians were killed and dozens injured on Friday when the Israeli occupation forces heavily opened fire at the peaceful protesters taking part in the Great March of Return.

Al-Qedra said that 192 protesters were injured, 140 of whom by live ammunition and three are in critical condition. There are 45 children, eight girls, and two paramedics among the injured.

Thousands of Palestinians marched in the afternoon along the border between the Gaza Strip and the 1948 occupied Palestinian territories to take part in the protests of the 29th Friday of the Great March of Return.

The PIC reporter said that the Israeli forces fired live ammunition and teargas canisters at the unarmed protesters, while Palestinian youths responded by burning dozens of car tires in an effort to block the view of Israeli snipers.

The Higher National Committee for the Great March of Return and Breaking the Siege earlier this week called on Palestinians in the Gaza Strip to participate in Friday's protests and commemorate the anniversary of al-Quds Intifada which broke out in October 2015.

The committee affirmed in a statement that the Great March of Return will continue until it achieves its goals.

Palestinians in the Gaza Strip since 30 March have been protesting on a daily basis along the border fence to call for lifting the blockade on the coastal enclave and allowing refugees to return to their lands from which they were expelled in 1948.

So far over 200 Palestinians have been killed by the Israeli army and nearly 20,000 injured.
Palestinian prisoner dies in Israeli jails

Palestinian prisoner in Israeli jails Wesam Shalaldeh, 28, was announced dead in mysterious circumstances on Friday, according to the Palestinian Prisoner Society.

The Palestinian Prisoner Society said that no information has been revealed yet by the Israel Prison Service about Shaladeh's death in Ayalon jail in Ramla.

A father of four and a resident of the West Bank province of al-Khalil, Shalaldeh was arrested by the Israeli authorities in 2015 and sentenced to seven years in prison.

The Palestinian Prisoner Society held Israel fully responsible for the death of Shalaldeh, the fourth Palestinian detainee to die while in Israeli custody since the beginning of 2018.

In February, detainee Yaseen al-Saradih died in Jericho after he was beaten and shot from a short distance by the Israeli soldiers who had just arrested him.

The Jerusalemite prisoner Aziz Oweisat was violently beaten in May inside Israeli jails by Israel prison guards and died a few days later, while Mohammed al-Khatib died under torture on 18 September.

The number of Palestinians who died while in Israeli detention since 1967 has increased to 218.
11 oct 2018
WHO: Israelis Kill 14 Palestinians in Gaza in Last Two Weeks

The latest figures show that 14 Palestinians, including four children, were killed, while 1,434 were injured by Israeli forces during demonstrations between September 23 and October 6, at the Gaza border with Israel, according to a special situation report [pdf] by the World Health Organization (WHO) issued on Wednesday.

The report also said, according to WAFA, that from the 30th of March, the start of the March of Return protests on the Gaza borders with Israel, until the 6th of October, 205 Palestinians have been killed. Out of the total number killed, 190 people were killed by Israeli forces during the demonstrations and 15 people killed during Israeli attacks.

It said that, out of the total 1,434 injured, 737 patients required transfer to hospitals or clinics, including 150 children and 32 females. Of the hospitalized injured, 12 cases were critically life threatening, 245 moderate, 453 mild and the remaining 27 were unspecified cases.

In addition, said the WHO report, the total number of amputations during the entire period was 81, including 15 children and one female. Out of this total, 73 were lower limb amputations and 8 upper limb amputations.
10 oct 2018
PCHR: 22 Palestinians killed in Gaza last month

The Israeli Occupation Forces (IOF) killed over the past month 22 Palestinians in the Gaza Strip, including seven children, the Palestinian Center for Human Rights (PCHR) said on Wednesday.

In its monthly report, the rights center documented that 22 Palestinians were killed during Gaza border protests while 1020 others were injured including 151 children.

Ten fishermen, including three children, were also arrested during September, the center underlined.

The center strongly condemned “Israeli forces’ escalated violations against Palestinian farmers and fishermen which breach their right to personal safety and security.”

A Palestinian member of the Ezzeddin al-Qassam Brigades, the military wing of the Hamas movement, succumbed to his wounds, on late Saturday.

In a statement, al-Qassam said Hasan Na’im Abdul-Hamid Salah, 31, was a member of the group, and “died from wounds he suffered several years ago.”

It added that Salah was from Gaza city, but did not provide any details about the circumstances in which he was injured.

A picture of Salah, released by his family, shows him sitting in a wheelchair as a result of his injury.
5 oct 2018
Three Palestinians killed, hundreds injured in clashes with Israeli forces at Gaza border
Abu Sama'an, 24, were fatally shot during “The Great March of Return” protests east of Gaza City.

Hussein Fathi al-Raqab, 28, succumbed also to his Israeli-inflicted gunshot wounds at the Nasser Medical Complex. He had been shot and injured during a demonstrators east of the city of Khan Yunis, located about 25 kilometers south of Gaza City.

The statement added that another 376 protesters were also injured. A total of 192 demonstrators were admitted to hospitals and medical centers across Gaza Strip to receive medical treatment.

It further noted that 126 people were struck with live bullets. Seven wounded protesters are said to be in a critical condition in hospital.

Qidra went on to say that Israeli military forces directly targeted a Palestinian ambulance with a gas grenade east of Gaza, without causing any casualties.

The Gaza clashes reached their peak on May 14, on the eve of the 70th anniversary of Nakba Day (Day of Catastrophe), which coincided this year with the US embassy relocation from Tel Aviv to occupied East Jerusalem al-Quds.

On June 13, the United Nations General Assembly adopted a resolution, sponsored by Turkey and Algeria, condemning Israel for Palestinian civilian deaths in the Gaza Strip.

The resolution, which had been put forward on behalf of Arab and Muslim countries, garnered a strong majority of 120 votes in the 193-member assembly, with 8 votes against and 45 abstentions.

The resolution called on UN Secretary General Antonio Guterres to make proposals within 60 days “on ways and means for ensuring the safety, protection, and well-being of the Palestinian civilian population under Israeli occupation,” including “recommendations regarding an international protection mechanism.”

It also called for “immediate steps towards ending the closure and the restrictions imposed by Israel on movement and access into and out of the Gaza Strip.”
Two Palestinians martyred along Gaza-Israel buffer zone

At least two Palestinians were killed Friday by Israeli army gunfire -- and another 126 injured -- amid ongoing demonstrations along the Gaza-Israel buffer zone.

In a statement, Ashraf al-Qidra, a spokesman for Gaza’s Health Ministry, said that one of the two martyrs -- neither of whom has yet been identified -- was a minor.

According to al-Qidra, “dozens” of Palestinian protesters were affected by teargas while 126 others, including 10 women and 30 children, sustained gunshot injuries.

Seven of the injured persons were in serious condition, he added.

Demonstrators demand the “right of return” to their homes and villages in historical Palestine from which they were driven in 1948 to make way for the new state of Israel.

They also demand an end to Israel’s 11-year blockade of the Gaza Strip, which has gutted the coastal enclave’s economy and deprived its two million inhabitants of many basic commodities.

According to the Health Ministry, more than 190 Palestinians have been martyred -- and 20,000 others injured -- since the rallies first began on March 30.
3 oct 2018
Child killed in IOF quelling of Gaza demonstration
According to the PIC reporter, medical and press crews were under attack too, and an ambulance was partially damaged after it was targeted with IOF fire.

Since 30 March, Palestinians in the Gaza Strip have been protesting on almost a daily basis near the border between the coastal enclave and the 1948 occupied Palestinian territories.

The protests, known as the Great March of Return, mainly call for lifting Gaza siege and allowing Palestinian refugees to return to their lands from which they were expelled in 1948.

Since the start of Gaza border protests, 204 Palestinians have been killed by the IOF and over 22,000 injured, 460 of whom are in critical condition. video

Israeli soldiers killed a Palestinian child on Wednesday when they shot him with a high-velocity gas bomb in the head, and wounded 25 other Palestinians, during protests near Beit Hanoun (Erez) Terminal, in northern Gaza.

The child, Ahmad Samir Abu Habel, 15, was shot with a gas bomb which struck him directly in his head, and lodged in his skull.

A video shows gas pouring from his skull, where the canister lodged, and a group of young men rushing up to help him to an ambulance.

The soldiers also targeted a Palestinian ambulance with a gas bomb, and several live rounds, near the crossing.