Israeli soldiers invaded, earlier on Saturday at dawn, the northern West Bank city of Jenin, and Jenin refugee camp, searched several homes and kidnapped three Palestinians. The soldiers also shot and injured seven others during clashes that took place after the invasion.

The Jenin office of the Palestinian Prisoners Society (PPS) has reported that the soldiers invaded homes in the Eastern Neighborhood in Jenin, and kidnapped Tha’er al-Hinnawi.

It added that the soldiers invaded and searched homes in the Jenin refugee camp, and kidnapped Abdullah Ahmad Hasri and Abdul-Rahman Fadel Hasri.

Clashes took place in the refugee camp after the soldiers invaded it; the army fired several live rounds and wounded one Palestinian in his thigh.

The soldiers also shot and injured six Palestinians with live rounds, in a number of neighborhoods in Jenin city.

The PPS stated that the soldiers also searched a number of homes, and interrogated many Palestinians.

In related news, Israeli soldiers stationed in a military base across the border fence, east of Johr ed-Deek area, in central Gaza, opened fire on a number of farmers on their lands, forcing them to leave.
Israeli predawn arrest, raid campaign across W.B.

The Israeli Occupation Forces (IOF) carried out at dawn Saturday a raid and arrest campaign across the West Bank which led to the outbreak of violent clashes.

In Jenin, clashes broke out when Israeli forces violently stormed Jenin refugee camp and arrested two young men. Nearly six homes were also stormed and searched while the main road in the city was closed during the raid, local sources told the PIC reporter.

Palestinian youths responded by throwing stones at the Israeli soldiers who were deployed in large numbers in the city’s neighborhoods and refugee camp amid heavy firing of teargas bombs and rubber bullets.

In Nablus, Israeli forces stormed in large numbers Beita and Qablan towns before closing all roads leading to both towns. No arrests were reported during the raid.

In Ramallah, Israeli forces detained overnight a young man at Hazma military checkpoint, while another Palestinian was rounded up in al-Khalil. Several towns and villages in al-Khalil have also witnessed large-scale raid and search campaigns.

A number of locals were summoned for investigation during the campaign. In occupied Jerusalem, Israeli police arrested Saturday morning a guard at al-Aqsa Mosque while on his way to work.

Meanwhile, Israeli municipal authorities forced a Jerusalemite citizen to demolish his house in Silwan town, south of al-Aqsa, under the pretext of being built without Israeli permit.

This came amid talks about over 30,000 houses in Jerusalem without permits, which means Israel only granted permits for a few houses, but there are no statistics in this regard.

The house demolition policy was harshly criticized by many international parties on several occasions, with the last one on May 16, when Israeli forces demolished and disassembled 12 EU-built homes in the Bedouin neighborhood in Jabal al-Baba east of Jerusalem, claiming they had been built without Israeli authorization.

The incident led Robert Piper, the UN coordinator for humanitarian assistance and development aid for the occupied Palestinian territory, on May 19 to strongly criticize the Israeli move, while the European Union denounced the confiscation and demolition in a statement on May 20, and demanded Israel to put an end to this policy.
Several Palestinians, Journalists And Peace Activists Injured In Kufur Qaddoum

Several Palestinians, including journalists, and international activists, have been injured Friday after Israeli soldiers assaulted the weekly protest in Kufur Qaddoum, east of the northern West Bank city of Qalqilia.

Morad Eshteiwy, the coordinator of the Popular Committee in Kufur Qaddoum, said the soldiers invaded the village soon after the beginning of the weekly procession, and fired gas bombs at them, causing several injuries.

The head of the Popular Committee against the Wall and Colonies Waleed Assaf called on the international community to intervene and stop the Israeli crimes against the Palestinians people, including the terrorist attack against the Dawabsha family, who were burnt to death in their home after Israeli terrorists firebombed it last year.

Assaf stated that the Palestinian people will always practice their right to peacefully resist the illegal Israeli occupation, and support all moves to bring Israel to justice through international courts.

It is worth mentioning that the Israeli army used to surveillance drones to film the protesters.
Army Kidnaps A Teen, Peace Activist, In Bil’in Weekly Nonviolent Protest 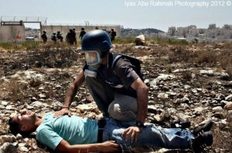 Israeli soldiers attacked, Friday, the weekly nonviolent protest against the Annexation Wall and colonies in Bil’in village, near the central West Bank city of Ramallah, and kidnapped a Palestinian teen and an Israeli solidarity activist.

Lev was later released and placed under house arrest under very severe restrictions. She said the police broke into her apartment in Tel Aviv after destroying the locks with permission of the landlord.

Dozens of Palestinians, Israeli and international peace activists, including members of “Black Lives Matter” participated in the procession that started from the center of the village, heading towards the Palestinian orchards.

Coordinator of the Popular Committee against the Wall and colonies, Abdullah Abu Rahma, called for massive participation in the Sunday evening protest, in Douma village, near the northern West Bank city of Nablus, to commemorate the death of the Dawabsha family, who were burnt to death last year, after Israeli terrorists firebombed their home as they slept.

The protesters carried posters of Sa’ad Dawabsha, his wife Reham and their child, Ali, 18 months, who were all killed in the terrorist attack, while the only survivor, Ahmad, 5, suffered severe burns. They called on the international community to act and bring the killers to justice.
Israeli Soldiers Injure Four Palestinians In Gaza

Palestinian medical sources have reported, Friday, that four Palestinians were injured by Israeli army fire east of the Sheja’eyya neighborhood, east of Gaza city, and east of the al-Boreij refugee camp, in central Gaza.

The soldiers, stationed across the border fence, attacked many Palestinian protesters, east of the Sheja’eyya neighborhood, and fired many rounds of live ammunition at them, wounding three.

The three Palestinians were shot in their legs, before local medics rushed them to the Shifa hospital, west of Gaza city, suffering moderate wounds.

In addition, the army also attacked protesters east of the al-Boreij refugee camp, in central Gaza, wounding a young man with a live round, and causing others to suffer the effects of tear gas inhalation.
29 july 2016
Young Man Suffers A Broken Arm; Many Suffer Effects Of Teargas Inhalation in Ni’lin

Israeli soldiers attacked, Friday, the weekly nonviolent protest against the Annexation Wall and colonies in Ni’lin village, near the central West Bank city of Ramallah, causing one Palestinian to suffer a fracture in his arm, and many others suffered the effects of teargas inhalation.

He added that a young man was shot with a gas bomb in his arm, causing a fracture, while many protesters suffered the severe effects of teargas inhalation.

The protesters carried posters of Mousa and the Dawabsha family, in addition to pictures of hunger striking detainee, Bilal Kayed.

The WAFA News Agency quoted a fisher stating that the navy boats attacked them from several directions, and fired many rounds of live ammunition, causing damage, kidnapped seven fishers and confiscated their boats.

The navy illegally confiscated the boats before moving them to the Ashdod Port.

On Wednesday, the Israeli navy attacked Palestinian fishing boats, close to the Gaza shore, and kidnapped two fishers. Some of the boats were hit with live rounds, before the soldiers assaulted them.
Army Kidnaps Four Palestinians, Injures Three Others, In Bethlehem 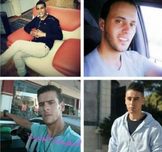 Dozens of Israeli soldiers invaded, on Thursday at dawn, the Deheishe refugee camp, south of the West Bank city of Bethlehem, searched and ransacked many homes before kidnapping four Palestinians.

The soldiers also shot and injured at least three Palestinians in the camp.

The soldiers surrounded the refugee camp before invading it and clashed with dozens of local youths, who hurled stones and empty bottles at the military vehicles, while the army fired live rounds, rubber-coated steel bullets and gas bombs.

Medical sources said the soldiers shot three Palestinians with live rounds before the medics moved them to hospital suffering moderate-but-stable wounds, while many suffered the effects of teargas inhalation.

The violent invasion and searches of homes into the camp led to extensive damage, before the soldiers interrogated many residents while searching their properties. 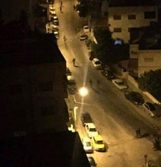 Dozens of Israeli soldiers invaded, on Thursday at dawn, the northern West Bank city of Nablus, and conducted extensive searches of homes before kidnapping seven Palestinians.

Two Palestinian fishermen were kidnapped by the Israeli navy on Wednesday morning off Gaza’s coast.

Head of Gaza’s fishermen union Nizar Ayyash said Israeli gunboats chased down two Palestinian fishermen on board their fishing boat off Beit Lahia shores, to the north of Gaza, and kidnapped them shortly before they steered the vessel to the Israeli Ashdod airport.

The abduction was reportedly carried out within the allowed six-nautical-mile fishing zone.
Army Kidnaps Five Palestinians, Including One Woman, In Hebron

The Hebron office of the Palestinian Prisoners Society (PPS) has reported that Israeli soldiers have kidnapped, on Wednesday at dawn, four Palestinians, including one woman, in Surif town, northeast of the southern West Bank city of Hebron, and one Palestinian in Hebron city.

The PPS said that soldiers kidnapped Mohammad Ali al-Heeh, and his wife, in addition to Dia’ Khaled Eghneimat, 25, and Mohammad Ziad Hmeidat, 17.

Al-Heeh is the owner of the home, where Mohammad al-Faqeeh, 29, barricaded himself, before the soldiers exchange fire with him, and fired two missiles into the property, destroying it and leading to his death.

Several Palestinians were also injured during the invasion, after the soldiers fired many live rounds, rubber-coated steel bullets, and gas bombs, at local youths who hurled stones and empty bottles at them.

Secretary of the Executive Committee of the Palestine Liberation Organization (PLO), Dr. Saeb Erekat, denounced the Israeli invasion and the acts of collective punishment by the military, especially since the army fired missiles into the al-Heeh family home, and demolished it using armored military bulldozers.

Erekat added that Israel is engaged in ethnic cleansing against the Palestinians through systematic policies aiming at destroying homes, and property, to displace the Palestinians, in addition to isolating entire communities, and escalating the abduction and imprisonment of the Palestinians.

He added that in the last 24 hours, Israel displaced more than 30 Palestinian families in Qalandia, Ras al-‘Amoud and the al-‘Eesawiyya, in occupied Jerusalem, after demolishing their homes.

According to a statement by the Israeli military and security forces, the Palestinian who was killed, earlier on Wednesday at dawn, in Surif town, in the southern West Bank district of Hebron, was reportedly the shooter who killed an Israeli settler in Hebron last month. The army also said the soldiers arrested two Palestinians involved in the attack.

Israeli TV Channel Two said the attack was carried out by members of the al-Qassam Brigades, the armed wing of the Hamas movement, who were in a car that sped away after the shooting.

It added that the main person behind the deadly shooting attack was Mohammad al-Faqeeh, 29, who was killed, earlier on Wednesday at dawn, following armed clashes with the soldiers after they surrounded a Palestinian home in Surif, before the soldiers fired two missiles into the property.

The Israeli army said its soldiers also arrested two Palestinians, including the person who drove the vehicle, in addition to arresting several other Palestinians. It added that the car that was used in the shooting attack, was also located.

The Israeli Internal Security Services said al-Faqeeh, from Doura nearby town, was previously arrested and imprisoned for his affiliation to the Islamic Jihad, before he became an active member of the Al-Qassam Brigades of Hamas.

Another Palestinian, Mohammad Abdul-Majid Amayra, who was also arrested at dawn, is believed to be the driver of the vehicle, while several other Palestinians were also taken prisoner reportedly for aiding the assailants.